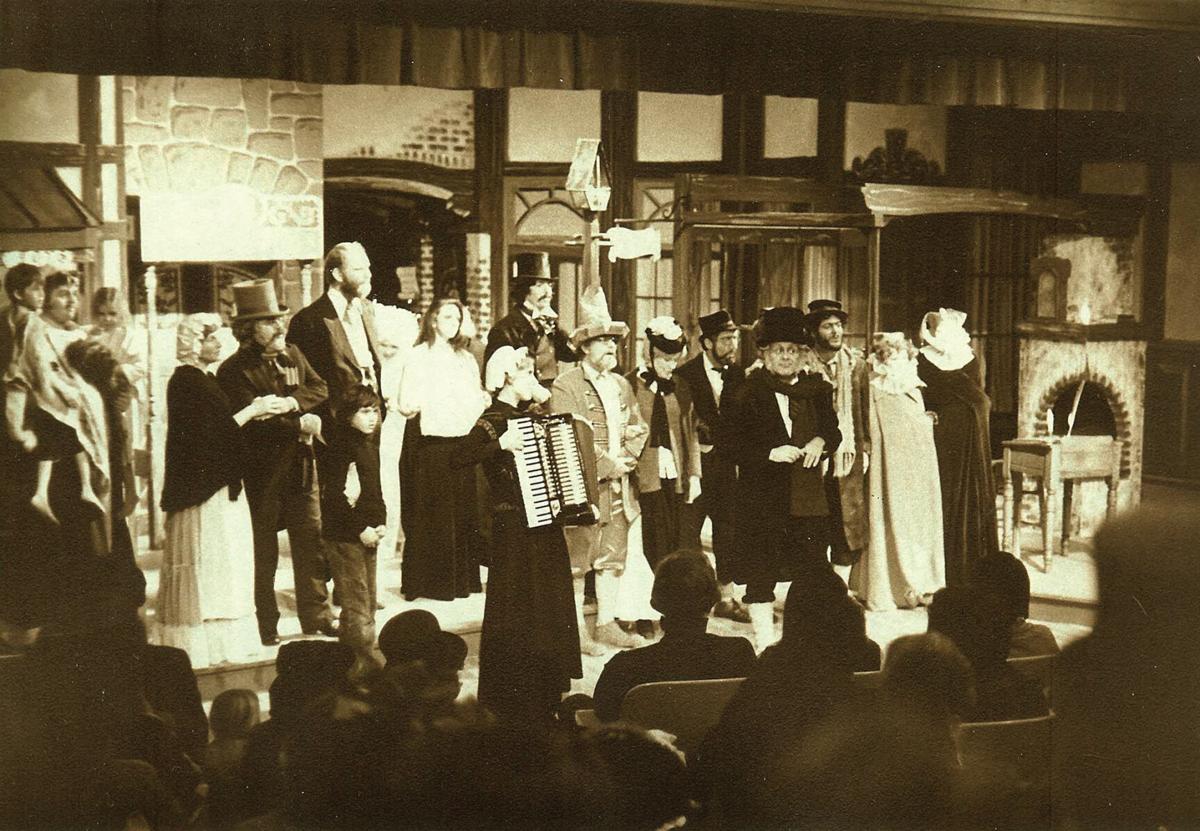 One of Coaster Theatre Playhouse’s first productions of ‘A Christmas Carol’ in the 1970s. 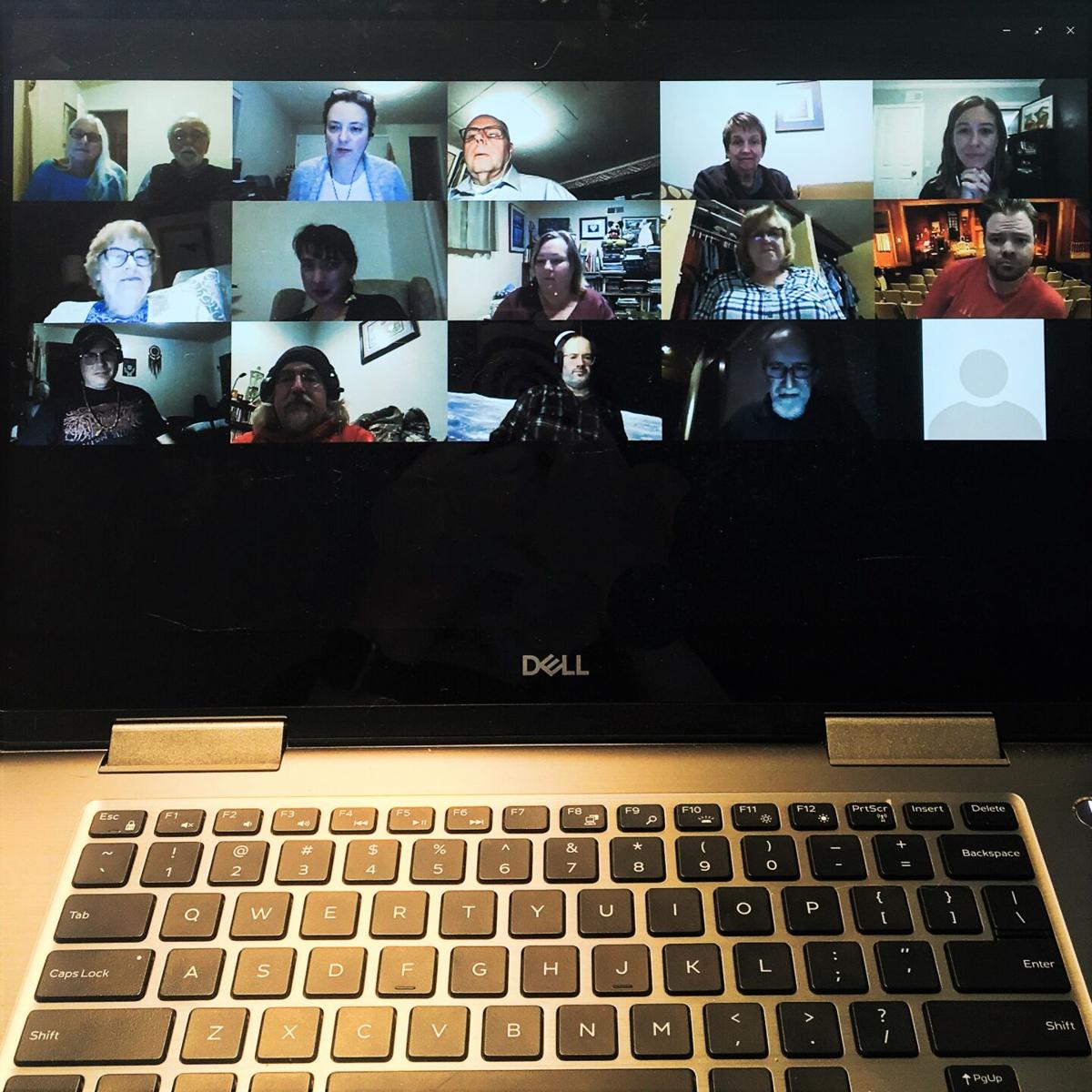 Crew gather in a Zoom call for the show’s fourth rehearsal. 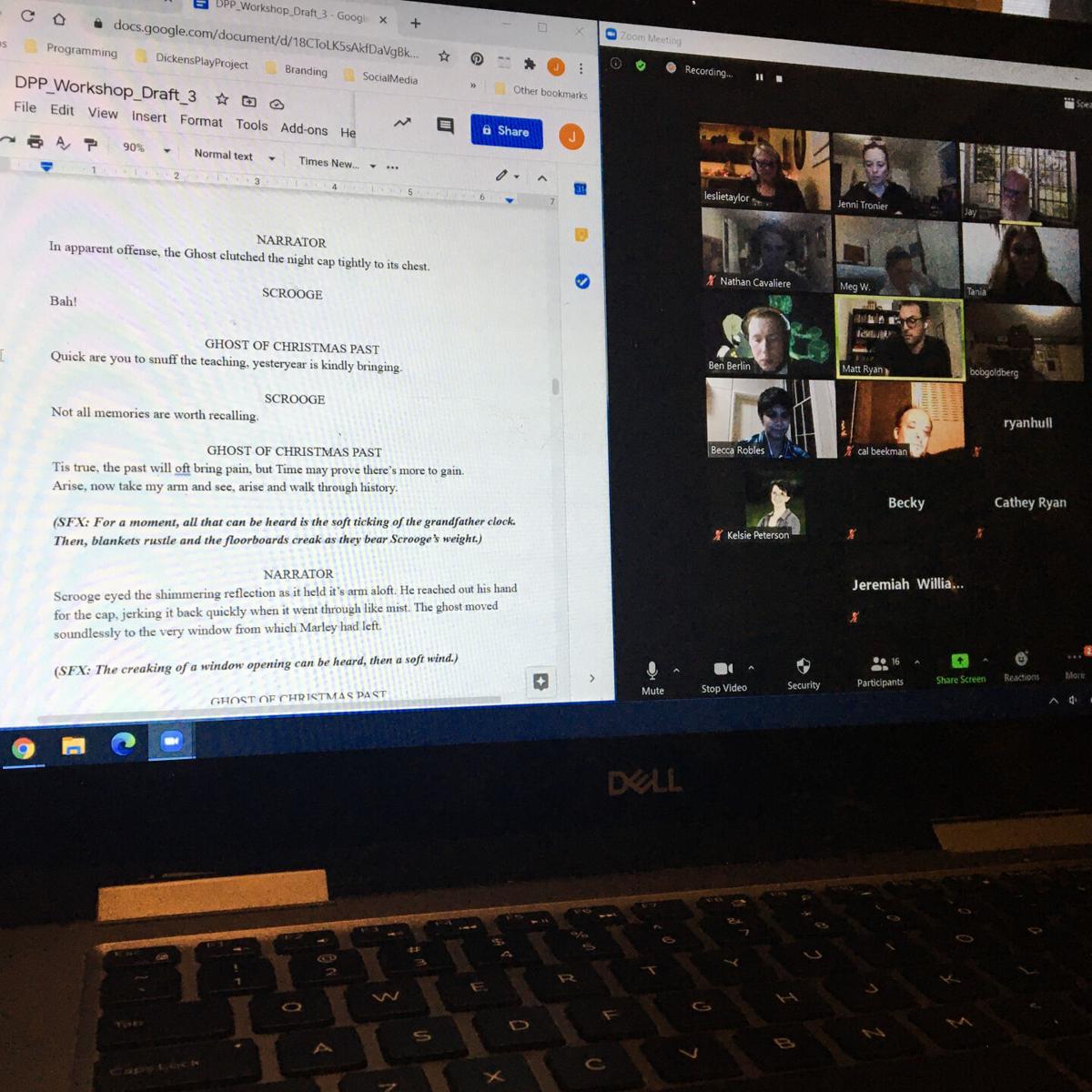 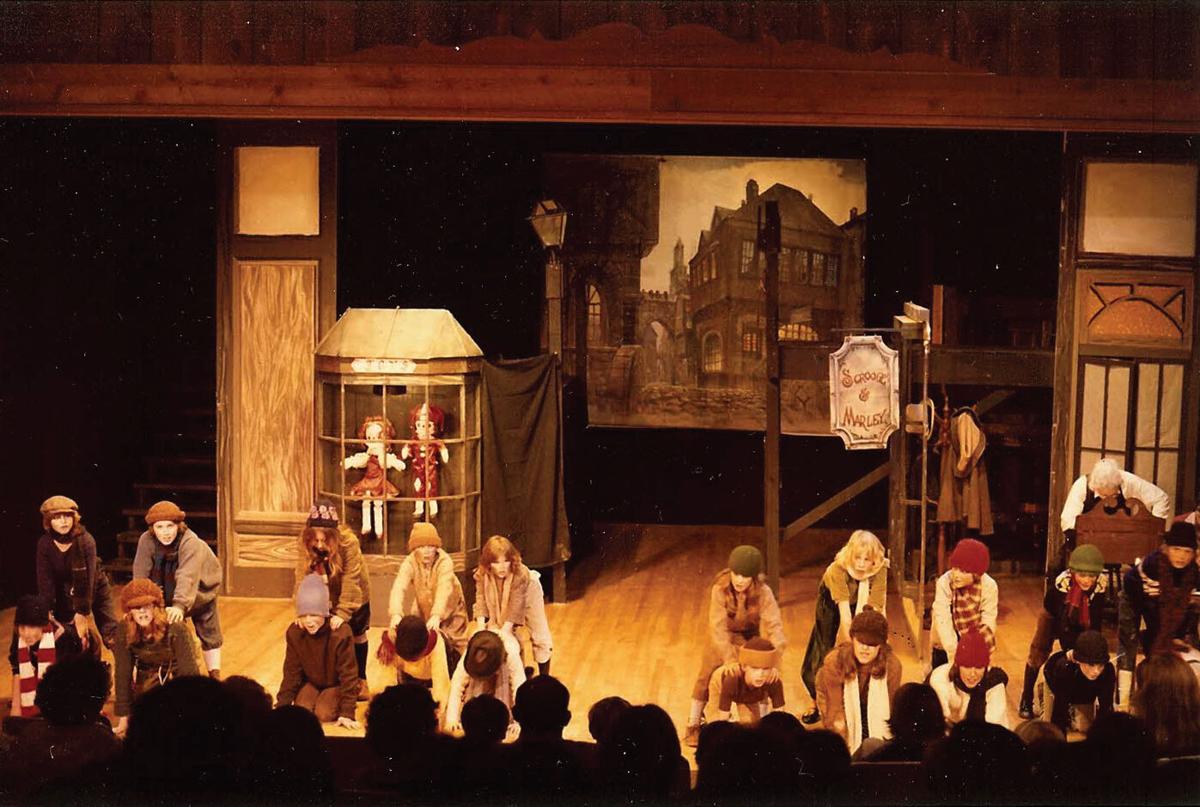 Cast during one of Coaster Theatre Playhouse’s renditions of ‘A Christmas Carol’ in the 1980s.

Even during a pandemic, the show must go on.

That’s why the Coaster Theatre Playhouse is going back to its roots. A Charles Dickens play — much like those performed at the theater since the theater opened in the 1970s — is planned. But instead of being staged inside the theater, the show will be broadcast on Zoom for three nights, starting Sunday.

The theater has been physically closed for nine months but creativity hasn’t been quarantined. Earlier this fall, the theater’s marketing director, Jenni Tronier, put out a call on the theater’s social media pages for writers to develop an original script modeled after Dickens’ “A Christmas Carol.”

The idea was to put on a show that was “cost effective and flexible,” despite the coronavirus pandemic, Tronier said.

“It has always been a community project in a sense — but the idea was to expand on that and make it more community related,” Tronier said.

At the time, however, Tronier didn’t realize that community would expand far beyond the North Coast.

As an audition, she asked writers to submit 50 lines about an encounter in Cannon Beach. Writers from Tacoma, Washington; Yakima, Washington; and Logan, Utah, responded, as well as locals. Six writers were ultimately chosen to write the 2020 rendition of the show, “Coaster Theatre Radio Hour’s A Christmas Carol,” in the form of a 1936 radio play.

Tronier created an outline, broke it into individual scenes and assigned scenes to each person. They met online three times weekly to read and provide feedback.

Four workshop readings occurred once an initial script was completed.

“We had readers from coast to coast,” Tronier said.

Show readers live in places including Boston, Massachusetts; Baltimore, Maryland; New Orleans, Louisiana; Ohio; Kansas; California; Oregon; and Washington state. Many have never been to the Coaster Theatre or even the town of Cannon Beach but decided to participate after seeing the theater’s play announcement, Tronier said.

“We are not alone in being the only theater not really doing a lot,” Tronier said. “Theaters in general this year have really suffered.”

The project presented a creative outlet for actors and writers everywhere.

“It’s nice to give people a little toe dip into the theater,” Tronier said.

The production will take three formats, said Patrick Lathrop, the theater’s executive director. Formats will include a video that cuts from one actor to another, a Zoom recording with a “Brady Bunch” look and an audio recording that can be heard on KMUN 91.9 FM or The Bridge 94.9 FM.

No tickets will be sold but viewers can donate to the theater.

Instead of running the theater with live performances every weekend, the building will remain closed.

“It’s sad. The building is sad. It just misses energy. There’s so much uncertainty. It has been really stressful,” Lathrop said.

But not everything has stopped. Lathrop directed the show “Don’t Fear Shakespeare” and presented a karaoke evening at City Park last summer. Yet, the theater itself won’t reopen until a coronavirus vaccine is available, he said.

Until then, when audiences can feel safe sitting indoors, he said, more electronic performances may be offered, including a live staging of the Dickens piece as a radio show with live sound effects.

“I see it as a piece we can continue to grow and I think the beauty of it is we’ve learned that we could come up with some original pieces,” Lathrop said.

After the theater reopens, Lathrop might also initiate a “streaming season” that coincides with the theater’s live season. He would like to continue involving writers and actors from throughout the country.

“I found that really exciting,” he said. “That made me realize what the technology can do, which is open us up to a national presence.”