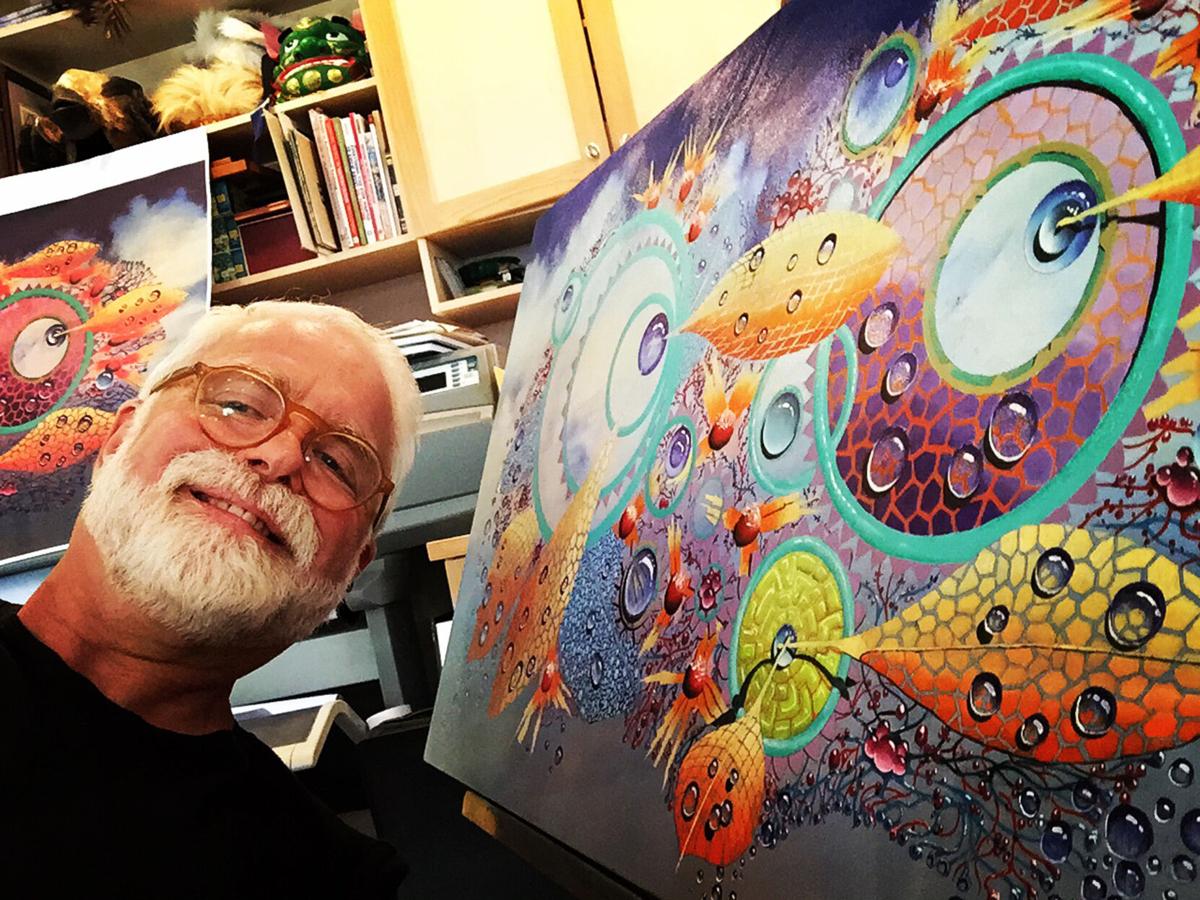 Lloyd Lindley with one of his art pieces. 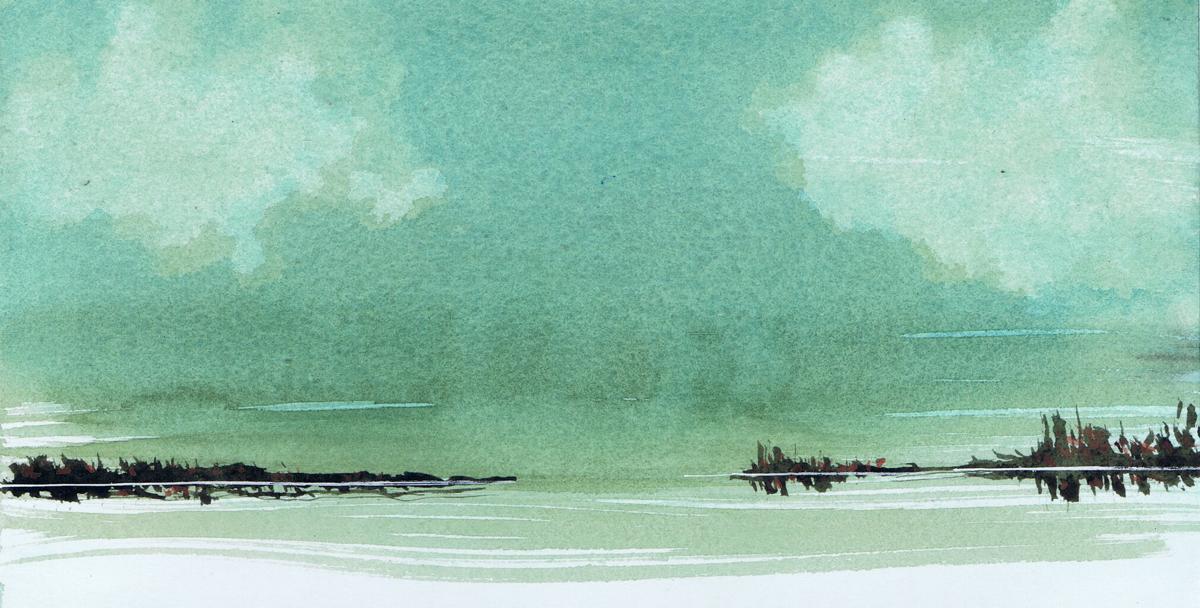 ‘Reflections in Green’ by Lindley. 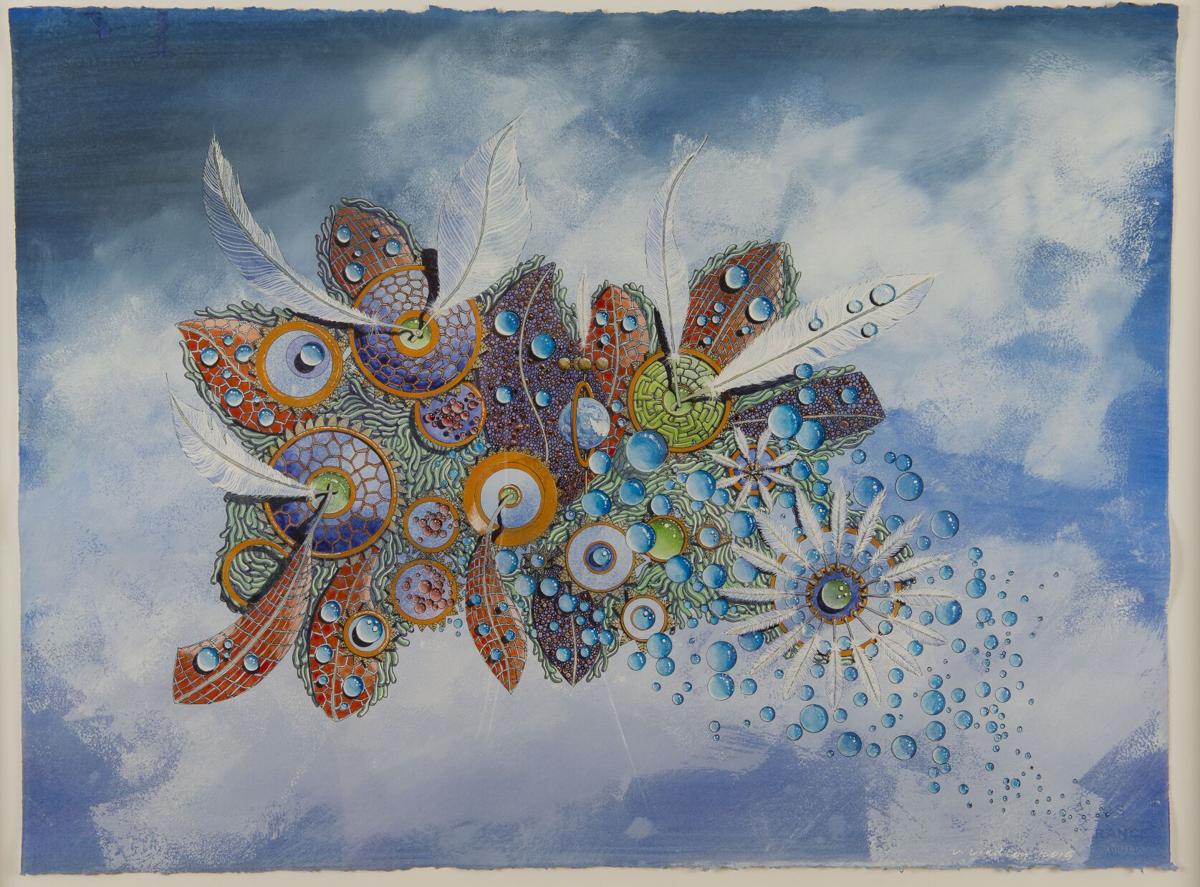 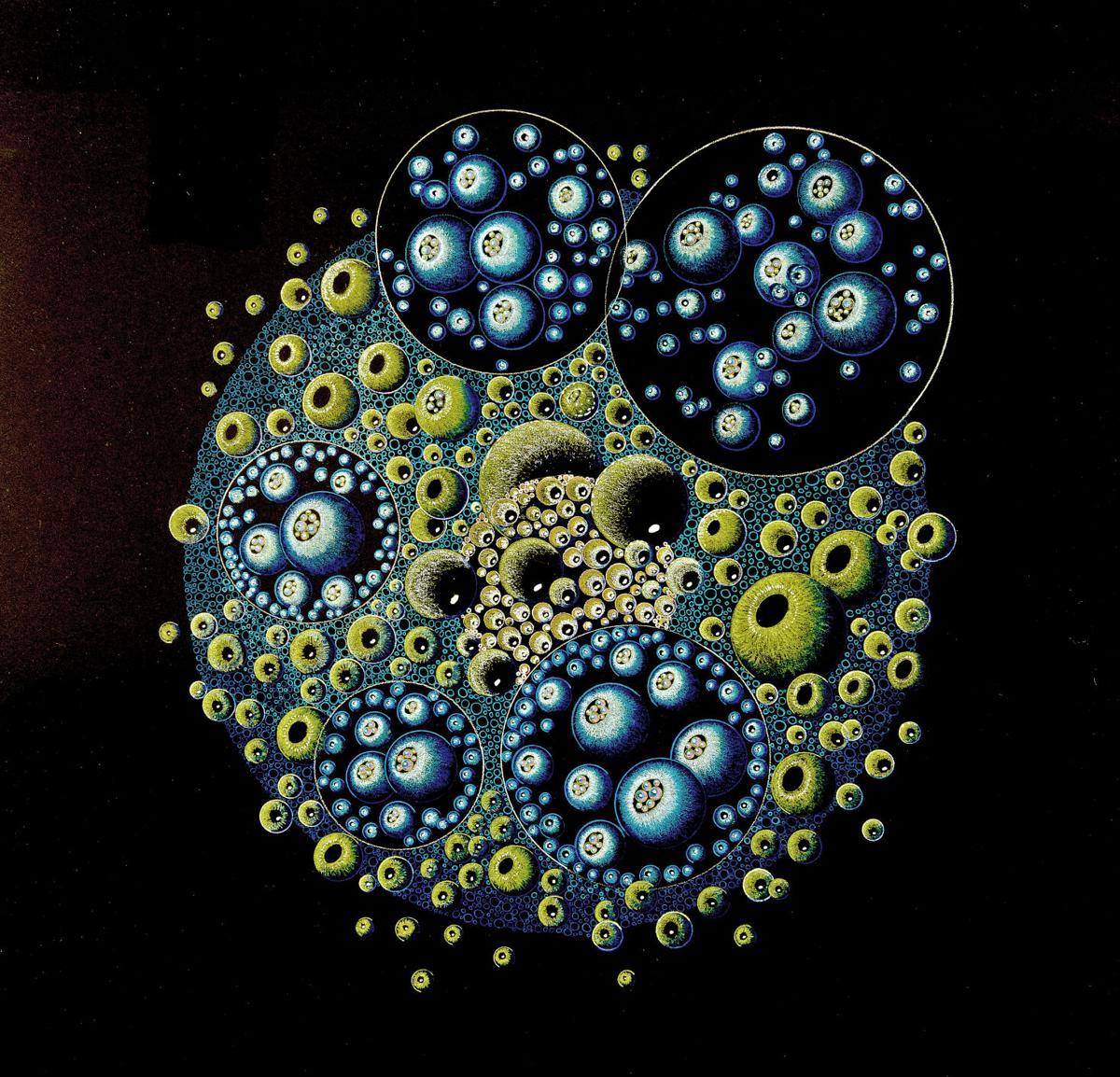 Manzanita-based artist Lloyd Lindley is a lifetime creative. Since grade school, you could find him painting and taking inspiration from the world around him.

He recently curated the Cannon Beach Art Association’s exhibit, “Palette and Kiln,” which featured 2-D work and 3-D artists’ ceramics from potters of Hoffman Center for the Arts in Manzanita.

Before residing on the North Coast, Lindley spent his career as a landscape architect focusing on urban design in the Portland metro area. He graduated from the University of Oregon, where he also taught. In 2005, Lindley became a Fellow in the American Society of Landscape Architects. He spent the majority of his tenure in Portland as a project architect and designer for the MLK Viaduct project on Pacific Highway, completed in 2011.

“That was a big project for me,” he said. “When it was done, I looked across the desk to my wife, and said, ‘Want to retire?’ and we closed our office,” Lindley said. “I had been doing artwork during that time and I had never given it up. It was a way to relieve stress from the design world … That stuff can really build up on you. Painting was a real escape from all of that.”

Since moving to the North Coast a decade ago, Lindley’s retirement is filled with his art. He has always been inspired by surrealism, an art movement about “activating the subconscious through imagery.”

“I’m an abstract surrealist,” Lindley said. “I was influenced by two groups of people. One group lives in the world of film and storytelling — directors like Ridley Scott, Stanley Kubrick, George Lucas, Federico Fellini in particular. They really influence how I look at the world. The other group are authors — André Breton, Walter Benjamin. Benjamin would observe people walking by while he was at a café, to see how they behave. Surrealism is usually misunderstood and it really started out of spontaneous writing.”

Reading continues to inspire him, Lindley said. For artists that may be struggling to create during quarantine, he suggests identifying what inspires you and going from there.

“It may be going out on a walk in nature or looking through a book of photographs,” he said. “Whatever it takes to push your creative button. It may be watching comfort movies like me. Pick a genre and start from there.”

Lindley said he also recommends experimenting and seeking out methods that suit each individual artist.

“I work in oil on canvas and plywood; watercolor, gouache, and ink, on watercolor paper and Sumi paper or in my sketchbook. And Prismacolor color pencils on 150 pound Stonehenge black paper,” he said. “Each of these enables me to express a quick idea that may lead to a composed and developed piece over time. For inspiration about media, cross the threshold into an art store, and be overwhelmed with the alternatives and opportunities.”

When asked what exact tools can help artists, Lindley advocated for his personal love of a good story.

“Art is a lifetime journey of discovery,” Lindley said. “Art is a personal endeavor for many. There are artist collaborations that are assembled to achieve a common goal and common work. But for individual artists, and for coastal artists in particular, preferred tools are a personal choice … Growing up with Walt Disney characters and cartoons, I always thought that it was all about the illustration. But later in life I found that Disney was almost more about the story than the illustrations that he and his team brought to life on the big screen. So, I would recommend identifying a storyline. It can always change, but like with Disney, the story can become the armature upon which to hang exciting images.”