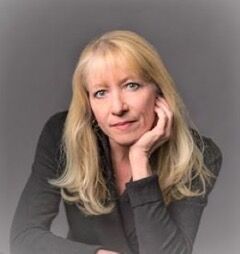 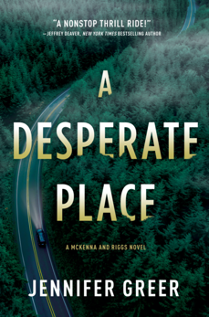 Just north of the Oregon and California border lies Medford.

In Manzanita author Jennifer Greer’s debut novel, “A Desperate Place,” the town is home to leading characters Whit McKenna, a journalist, and Katie Riggs, a medical examiner and detective.

The plot follows the murder of three Medford residents, starting with a famous actress whose body is found under suspicious circumstances. Together, McKenna and Riggs work to solve the case by trading information where they see fit.

McKenna and Riggs share a solid friendship prior to the case, having met in a book club and bonded through a shared love of reading.

The two are an unlikely pairing. McKenna works as a crime reporter for the Medford Daily Chronicle, after having left her post as a war correspondent for the Los Angeles Times months prior. Greer describes her as “reckless and dare-devily, whereas Riggs is much more reserved and quiet.”

“I wanted (Riggs) to be in contrast to Whit. They really shouldn’t be friends, but they are,” Greer said.

As the case grows increasingly complex and more victims turn up, McKenna rushes to piece together the grisly, complicated mystery and find the culprit.

In college, she earned degrees in English literature and journalism. After graduating, she worked as a crime reporter at The Fresno Bee.

“I actually always intended to be a war correspondent. That was what I was thinking I would do, war or crime or something like that, when I was in college,” Greer said.

During her last year as an undergraduate at California State University, Fresno, Greer traveled to Berlin for a two-week foreign correspondent seminar. She later went to Croatia after learning about the war taking place at the time.

“I thought, ‘Oh, I just want to rent a car, and drive over there, and firsthand report and do my story that way,’” Greer said.

Greer and her colleagues were held at gunpoint several times while on the frontlines.

“It was the most exhilarating experience,” she said.

This formative experience inspired “A Desperate Place,” especially through the novel’s protagonists.

“This character, Whit McKenna, I was able to sort of live vicariously (through). I thought, ‘Oh I’ll have her be a war correspondent.’ That’s how all of this got started.”

Setting the story in Medford is also a personal choice, as Greer has family who lives in the town. She was able to accurately portray Medford through family visits.

“This book has really allowed her to put together her experiences as a journalist,” said Jeff Crosswhite, Greer’s husband.

Other inspirations for the novel come from decades of Greer being a news junkie, regularly reading the “darker and weirder news stories” she finds.

“I (didn’t) want to just write about a serial killer, that would be kind of boring. I wanted to write about a journalist and a story,” Greer said. “I like to write about the motivation of what might be driving someone to do something.”

In her newly renovated office that has a second-floor window with a glimpse of the ocean, Greer has started on the second installment of the McKenna and Riggs series, “A Twisted Place.”

“It’s been fun to watch her go through the writing process a second time,” Crosswhite said.

Greer is a fan of using large whiteboards to visually flush out plot lines and character traits and to put all of the pieces of a story together, Crosswhite said.

While the following mysteries will also be based in Medford and have the same protagonists, each installment of the series will be its own new story, Greer said.

Available as an audio book, e-book and in print