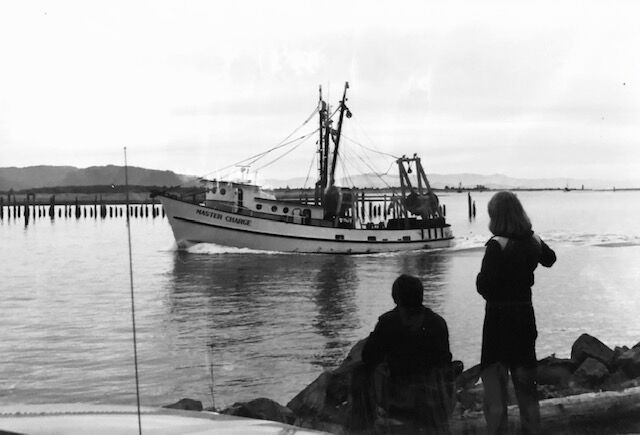 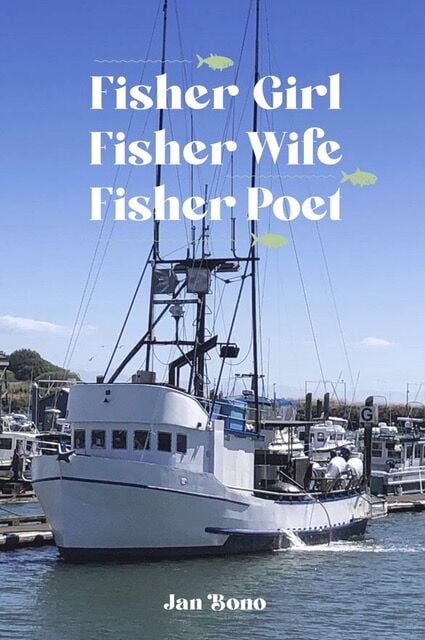 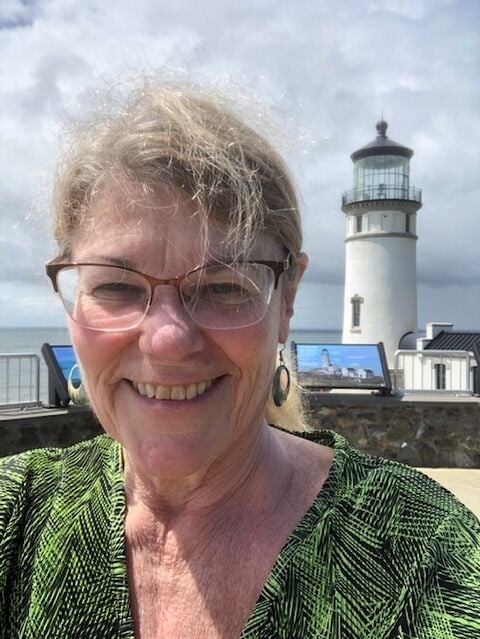 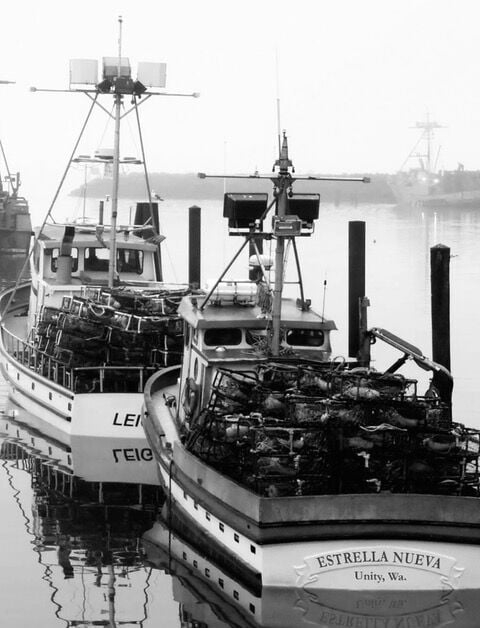 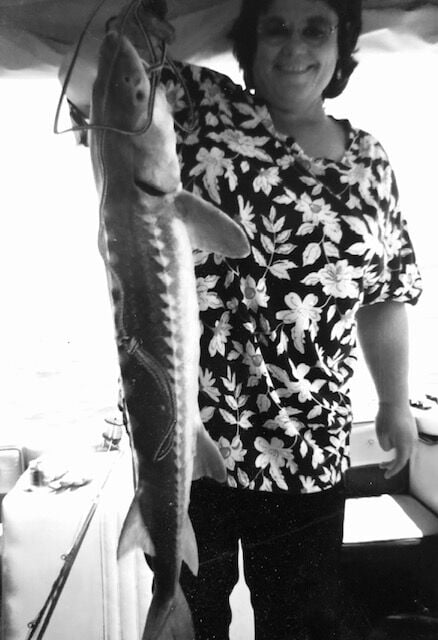 Jan Bono holds up a sturgeon she caught off the Columbia River. 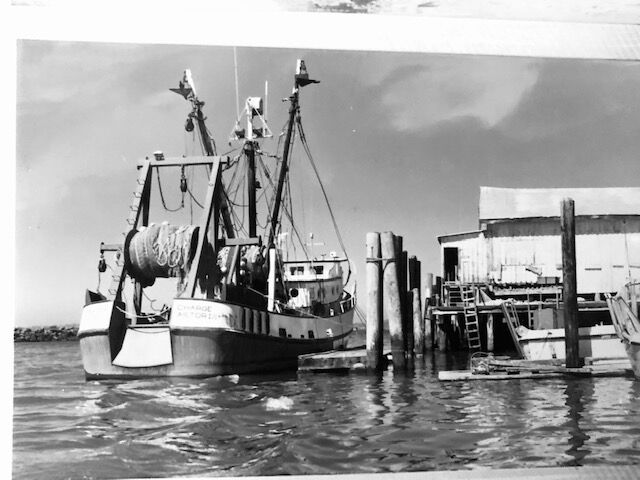 One of several photos included in Jan Bono’s newest book.

In many ways, author Jan Bono’s latest book reads like a biography.

The book, “Fisher Girl, Fisher Wife, Fisher Poet” features a collection of poems inspired by Bono’s relationship with fishing, spanning from her childhood, to her life now.

Using old black and white photos alongside her poems, the book weaves her life’s moments together through the lens of fishing.

“I’ve always been a dock rat,” Bono said. “I was always hanging out there, and all of these things about fishing and the sea have become ingrained in me.”

The first section of the book, “Fisher Girl,” explores Bono’s childhood memories of fishing. Her family’s connection to fishing started nearly a century ago when one of her grandfathers worked as a fisherman on the Mississippi River. Bono’s father continued the family fishing line working as a fisherman in the rivers of northern Washington. He would often bring Bono along on his adventures.

“I wasn’t quite two years old when my mom made my dad take me fishing. He had to tie a rope around my waist so that if I fell in he could reel me in before I drowned,” Bono said. “I loved it. I loved learning to fly fish. I remember catching my first steelhead was an amazing moment.”

Jan Bono can be reached at 360-642-4932 to find a time to buy a book from her. Books are also available to order at janbonobooks.com.

The following two sections, “Fisher Wife” and “Fisher Poet” shift to poems influenced by Bono’s more recent links to fishing, including being married to a commercial fisherman after moving to the Washington coast in 1977.

“I had fresh fish coming in all the time. The freezer was always full of seafood,” Bono said.

Following Bono’s separation from him, she still found herself surrounded by “fisher friends” and an overarching love for the sport.

Fast forward to the FisherPoets Gathering last year, where Bono found her lightbulb moment for the book. While talking with friends at the event, one of them asked her point-blank: “Well Jan, when’s your book coming out?”

“(I remember thinking,) I have all the stories. All my life I’ve had fishing stories. If I brainstormed right now I bet I could come up with 30,” Bono said.

Immediately, she began crafting poems on a paper towel while listening to other poets perform.

“Of course, it was the one time in my life where I didn’t bring my notebook with me,” she said.

Dave Densmore is a longtime friend and mentor of Bono’s. In addition to working as a fisherman in Astoria and having his own career of poetry writing, Densmore regularly emcees and performs at the FisherPoets Gathering.

“I’m her mentor but she doesn’t need any help,” Densmore said. “She’s a very talented writer and one of the best known in the area.”

“Sometimes, I’ll be talking, and something will come out of my mouth, and I’ll think ‘Crap! That’s a poem,’” Bono said.

Years ago, while working as a teacher, Bono suffered an injury that had her on bed rest for two weeks.

“I started writing op-eds, just 750 words each, to send into the Chinook Observer,” she said.

A few months into writing opinion columns, Bono was challenged by a friend to submit a 900-word romance story into Star Magazine. She accepted, wrote the story in one night, and ended up with a published piece and check from the publication.

“I’ve been a natural storyteller my whole life,” Bono said.

From there, Bono was urged by family and friends to grow her career as a writer even more.

By 2011, Bono had finished two short books of poetry and six collection books.

“I remember, my mom asked me, ‘Honey, are you ever going to write a whole book?’”

Following this, Bono penned the first installment in her famous Sylvia Avery cozy mystery series, set on the Washington coast, which was released the same year.

“I love cozy mysteries,” Bono said. “Cozy mysteries are a genre that has three no’s — no graphic violence, explicit sex scenes or obscene language. But (it has) five yes components — an amateur sleuth who works with the police department, it takes place in a small town, has a quirky cast of characters and there’s a lot of humor in it.”

Similar to “Fisher Girl, Fisher Wife, Fisher Poet,” much of the scenery and many of the characters in the Sylvia Avery series are drawn from people and places Bono has encountered in her life, such as finding the name “Sylvia” while visiting Sylvia Beach Hotel in Newport.

Bono is at work on the sixth installment of the Sylvia series. She is also a regular writer for the “Chicken Soup for the Soul” series and is one of the series’ top five contributors worldwide.

During the pandemic, Bono has continued safely selling and shipping books from her home.

“I call my garage my book warehouse,” she said.