You are the owner of this article.
Edit Article Add New Article
You have permission to edit this article.
Edit
Our Publications
Home
Area Guide
Arts
Coastal Life
Dining
Outdoors
Road Trip
Scratchpad
Send us your news
e-Edition
Email Alerts
Share This
1 of 2 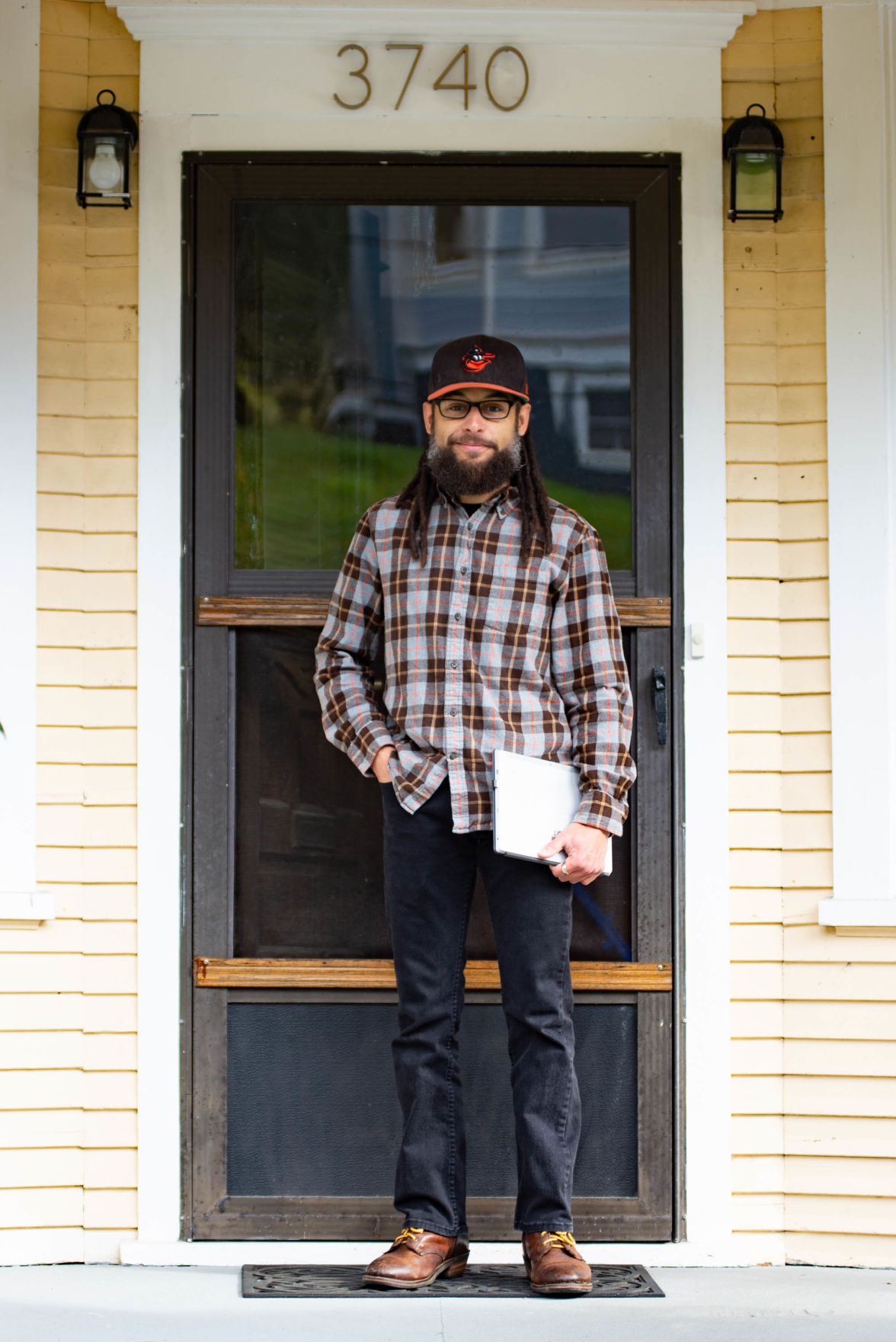 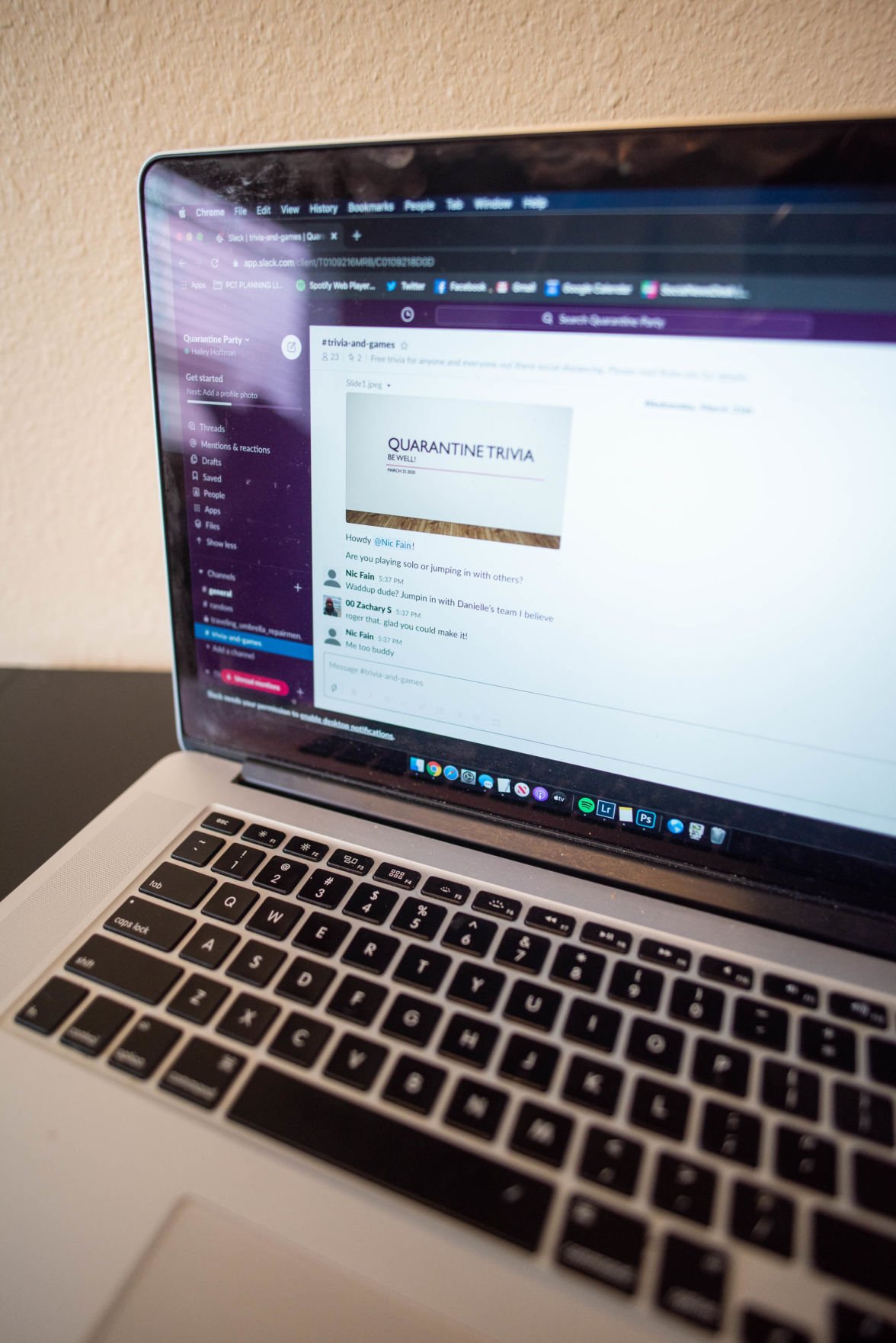 A screen capture of one of Stocks’ online trivia games.

A screen capture of one of Stocks’ online trivia games.

Astoria resident Zachary Stocks is a familiar face to many. On Wednesday nights throughout most of the year, Stocks can be found hosting Buoy Beer Co.’s weekly trivia night.

Since group gatherings and dine-in restaurant services were prohibited throughout Oregon in March, Stocks’ weekly trivia night has been put on pause.

Yet, instead of canceling trivia night altogether, Stocks has moved the game online so his regular event attendees can continue in the fun.

Stocks typically puts together the questions for trivia night weeks in advance so when the in-person games were canceled, he already had a collection of questions ready for upcoming games. After talking to some of the game’s regular attendees, Stocks decided to host the game online using the messaging platform Slack, which has a free version to use.

“I had a lot of games already written that were just going to sit on ice otherwise if trivia was canceled for the year,” Stocks said.

Since starting the online game, Stocks has been able to connect with his local players, as well as friends and family who live across the country.

“This has actually opened up a few opportunities for people to play in ways I didn’t expect. I have friends from Seattle, family from Virginia, and friends from Chicago and Ohio playing,” Stocks said. “Now I can check in with all of my friends during this crisis while having a nice, fun distraction that everyone can participate in.”

Stocks started hosting trivia in Seattle a few years ago for a company called Sporcle, which sponsors trivia nights throughout the U.S.

“They wrote all the questions. I just showed up and hosted the show,” Stocks said. “I got to know all of my locals really well and the kinds of questions they’d respond to.”

Stocks and his partner, Ginger Nealon, moved to Seattle so he could attend classes at the University of Washington. In 2014, Stocks earned a master’s degree in museum studies.

After living in Seattle for about five years, Stocks and Nealon decided to move to Astoria. At the time, Stocks was working for Grays Harbor Historical Seaport, which manages Washington state’s tall ships, the Lady Washington and the Hawaiian Chieftain.

Stocks was allowed to work remotely while employed with the seaport, as long as he was in driving distance to Aberdeen, where the ships’ main hub is located.

“It was expensive in Seattle so we were looking to move,” Stocks said. “We looked at Aberdeen on a map and drew little circles of everywhere within about an hour and a half. We did a little tour and visited a lot of places. When we came to Astoria, we just knew that it was the right place.”

The couple moved to Astoria two weeks after their first visit.

In September, Stocks joined the company Renate, where he works as a content specialist. He assists museums throughout the U.S.

Once in Astoria, Stocks “started looking for trivia right away,” he said. He and Ginger attended both Buoy and Merry Time Bar and Grill’s trivia nights. Soon after, Stocks learned that Buoy’s trivia host was moving to Portland.

After reaching out to Buoy’s management, Stocks was hired as the restaurant’s new trivia host. He started last year for an eight-month contract, which required weekly trivia nights. Stocks was in the middle of “season two” of the trivia nights until March when the in-person events were canceled.

“It’s more than just having a side job or something to do to pass the time. It’s a way to see my neighbors, meet new people and make new friends,” Stocks said. “It’s a great way to connect with other people here in town.”

When hosting Buoy’s trivia night, Stocks comes up with all of the evening’s trivia questions.

“I love the research. The best part is always the hardest part, which is coming up with all the questions,” Stocks said. “It can be really time-consuming to have enough material to host an hour and a half game every week for eight months.”

Games last between an hour and a half to two hours. The games are divided into seven rounds, each with a unique category. Topics are a mix of things like sports, music and local history, Stocks said. His favorite rounds focus on history and geography.

“I get to learn about things that I don’t know about at all,” Stocks said. “As I start to read, I find that questions emerge that I think would be really fun to include in trivia. It’s really fun to distill information down into small questions and make them as clear as possible for people to then start to latch onto.”

About 20 people participate in each week’s game. Once Buoy’s trivia nights open again, locals will be welcome to participate in the in-person games. In the meantime, Stocks is still preparing future games.

“I figured I should keep writing games for when we’re not in social isolation anymore,” Stocks said. “By that time, the season might be over and I might not have a game to host again until the fall.”

As of now, Stocks doesn’t plan on opening his online trivia game to more people but hopes others will try hosting events online like trivia nights, karaoke parties and other game nights.

“I’m not paying for Slack or anything else to do this,” Stocks said. “This really shows the potential that anybody can get a group of people together to do something like this, even if they can’t physically be in the same room right now. It doesn’t have to be perfect. I hope other people start doing these things to check in with their friends and family.”