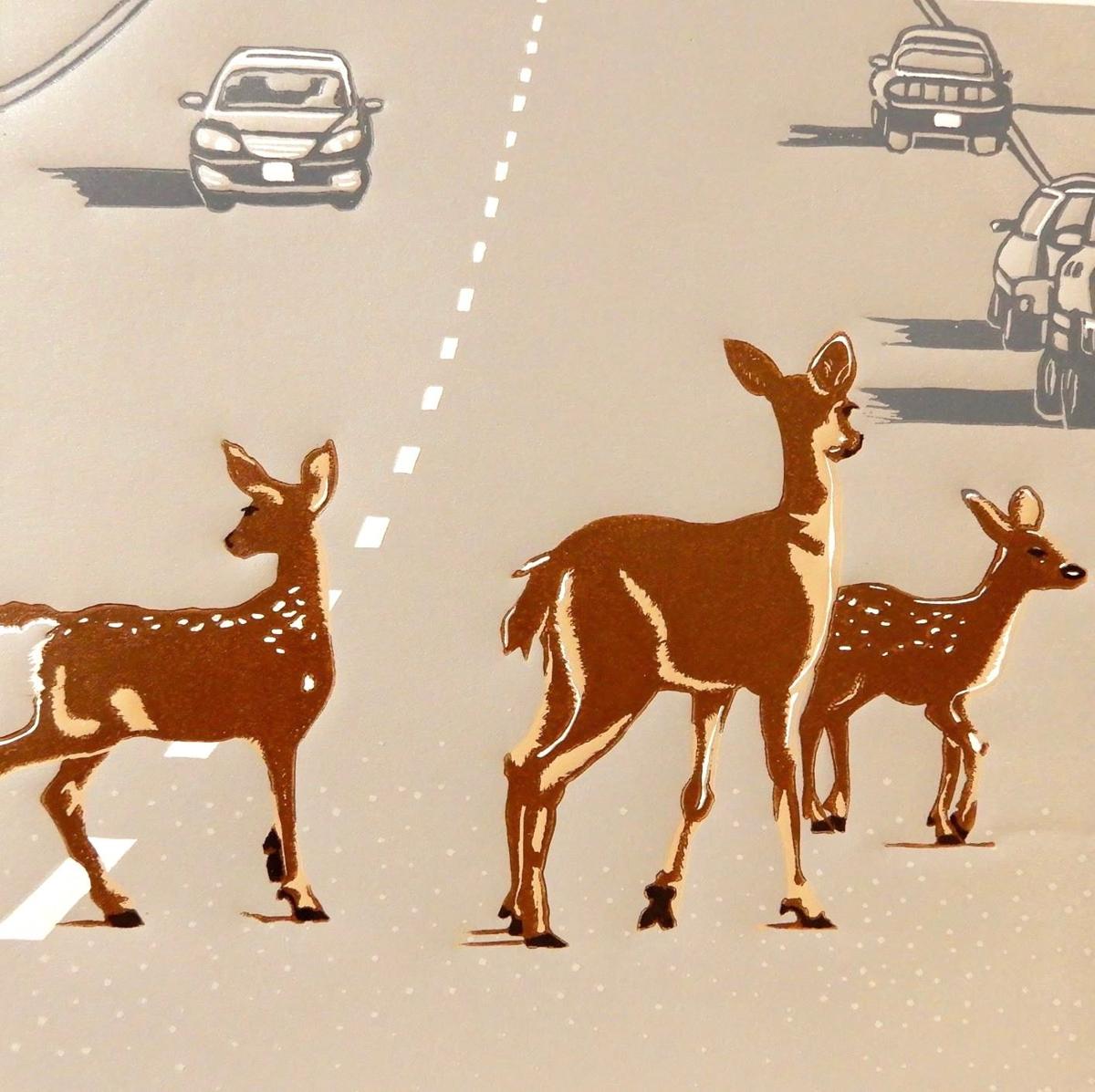 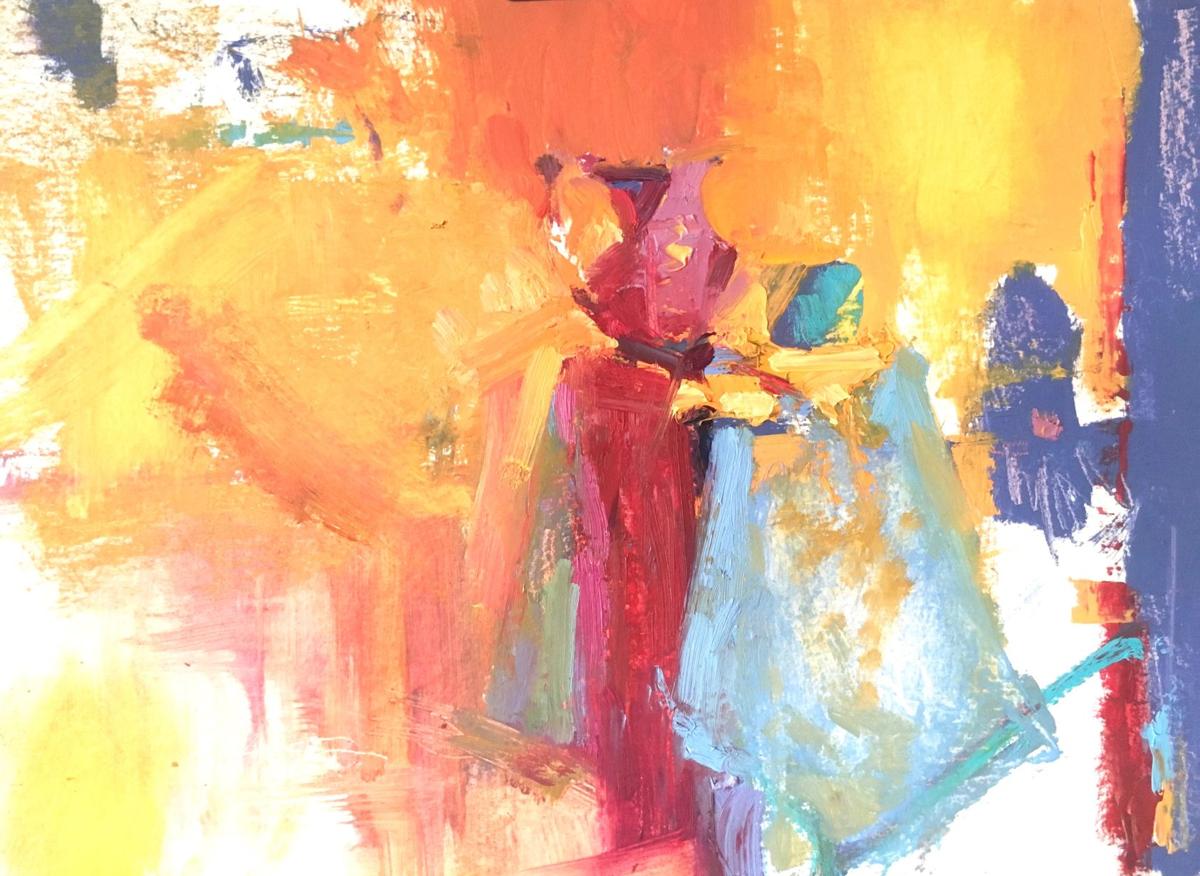 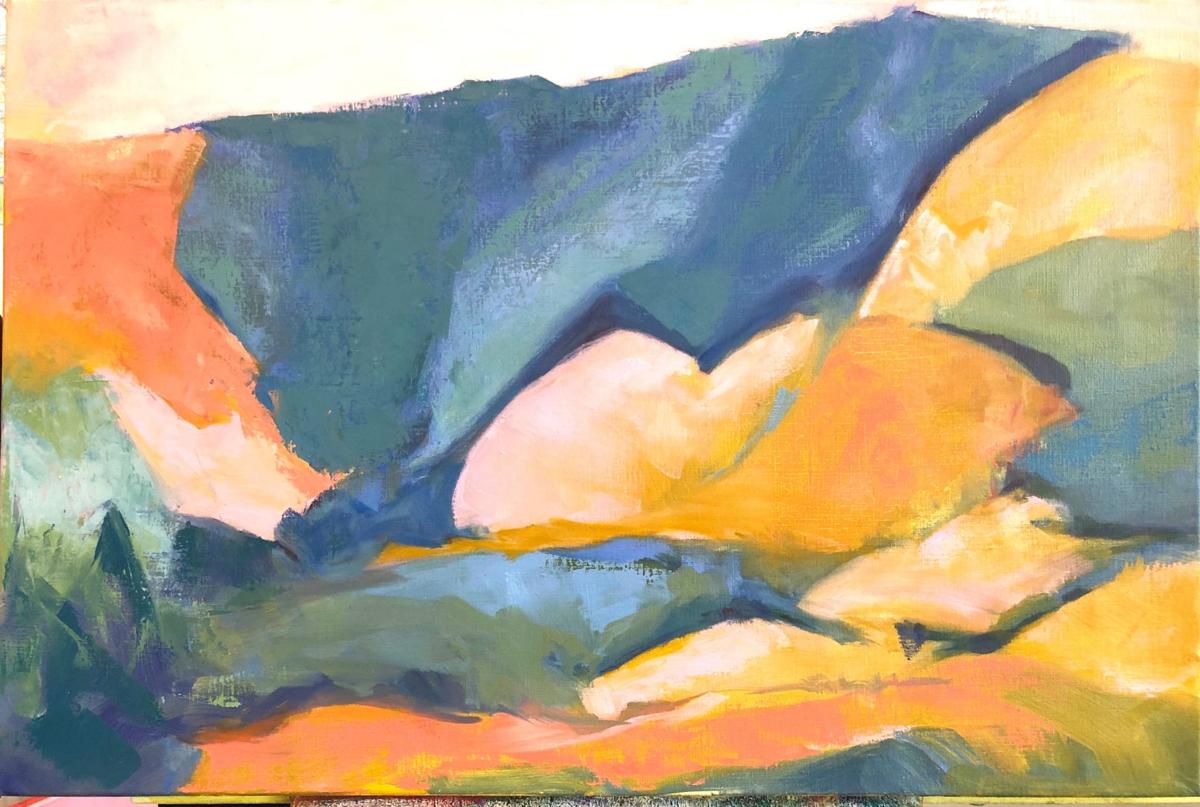 Humble artists and horrible predictions for humanity come together at the “Edge,” an art exhibit on display until Saturday at Astoria Visual Arts, 1000 Duane St., Astoria.

The exhibition is the accumulation of seven local female artists, joined together by painter Penny Treat, to produce an exhibition that harnesses the distress and uncertainty our environment faces.

“Edge” is an especially timely display due to the recent revelation by 11,000 climatologists from around the world affirming that the climate crisis is accelerating faster than previously anticipated. Each artist in the exhibition had free reign to interpret the theme in any way she wished. Together, they created a strong show, incorporating a variety of media reflecting each artist’s individuality.

When entering the gallery from Duane Street, viewers immediately confront two paintings with starkly different approaches to the theme. On the left is Treat’s beautifully rendered painting of arctic ice, “Flowing Away.” The painting shows a massive ice mound, rendered in blues and whites, that contains the hidden outline of a number of endangered arctic species folded within its forms. Other works of hers throughout the gallery are more direct in representationally presenting species like shore birds and butterflies that are in danger of extinction as the planet warms. In a posted artist statement, Treat makes an impassioned plea for each of us to become more aware and active in trying to curb the climate crisis.

To the right of the ice painting is a multimedia piece by Clatsop Community College art instructor Kristen Shauck. Entitled “I Can Be Whole Again,” it is both symbolic and deeply personal. The painting was conceived as a response to a poem by Silvia Plath entitled ‘Edge.’ Shauck drinks deeply from the poem’s content and emotion, reflecting her own life experience back in the form of a posted letter to Plath who committed suicide in 1963. Shauck’s accompanying painting depicts a Grecian sculpture of a woman whose arms are missing. The sculpture seems to be Shauck’s symbolic representation of the desecrated feminine we know as Mother Earth. The piece is completed by a collection of river stones, with words from the poem written on them, that lie on the floor in front of the painting. Rose pedals are scattered among the stones.

Anna Lee Larimore decided to paint landscape scenes close to her home in Chinook, Washington. She created a series of vibrant oil paintings of the Hills of the Chinook River Valley, which she describes in her statement as having been “raped and left nude” by the timber industry. The paintings are abstract landscapes that do not try to render accurate detail but suggest both barren land and replanted areas through the use of color. The paintings celebrate the remaining beauty while not avoiding the devastation that has taken place. The bright, almost joyful colors seem to assert the artist’s determination to remain optimistic and hopeful about the future of the environment.

In her meticulously crafted series of woodcuts, Kirsten Horning defines the “edge” as the line between the urban and natural landscapes. Her imagery emphasizes how wildlife have been forced to take up life at the edge of, and within, urban areas because development and clear cutting have destroyed their habitat. The clarity and care with which Horning has rendered each animal attest to her love of wildlife and her skill with the medium. Her prints of large, lone conifers suggest her nostalgia for the rain forests now long gone.

Veteran print maker Marie Powell exhibits several mono prints on themes from nature that are celebratory in color and design, but include symbols suggesting all is not well in the natural world. Exemplary is a mono print with a forest theme that includes ancient tree rings entwined with standing trees, reminding us of what the forest once was. Powell also displays a linoleum block cut with the image of a whale in its natural environment. The block shows a more restrained palette than the other pieces by Powell. Instead of color and design, it derives its strength from rich texture and the singular form of the whale. In her artist’s statement, Powell captures the essence of our anxiety about climate change when she writes, “some edges are distinct and predictable while others are ambiguous and unknown.”

Ambiguity and indistinctness are the hallmark of the masterful landscape paintings exhibited by Betsey Nelson. A painter’s painter, Nelson utilizes traditional oil painting technique to create a series of small coastal landscapes rendered with a narrow palette that tends toward the familiar grey of the fog-bound North Coast. The atmospheric conditions depicted in the paintings suggest early morning or evening, and a dream-like quality blankets the landscape. Nelson says she paints to forget about global warming and all that is wrong in the world. But here, with a thoughtfulness as subtle as her paintings, she nods to the theme of the show in the absence of clear, sharp lines in the paintings and leaves all of us asking, “Where is the edge?”