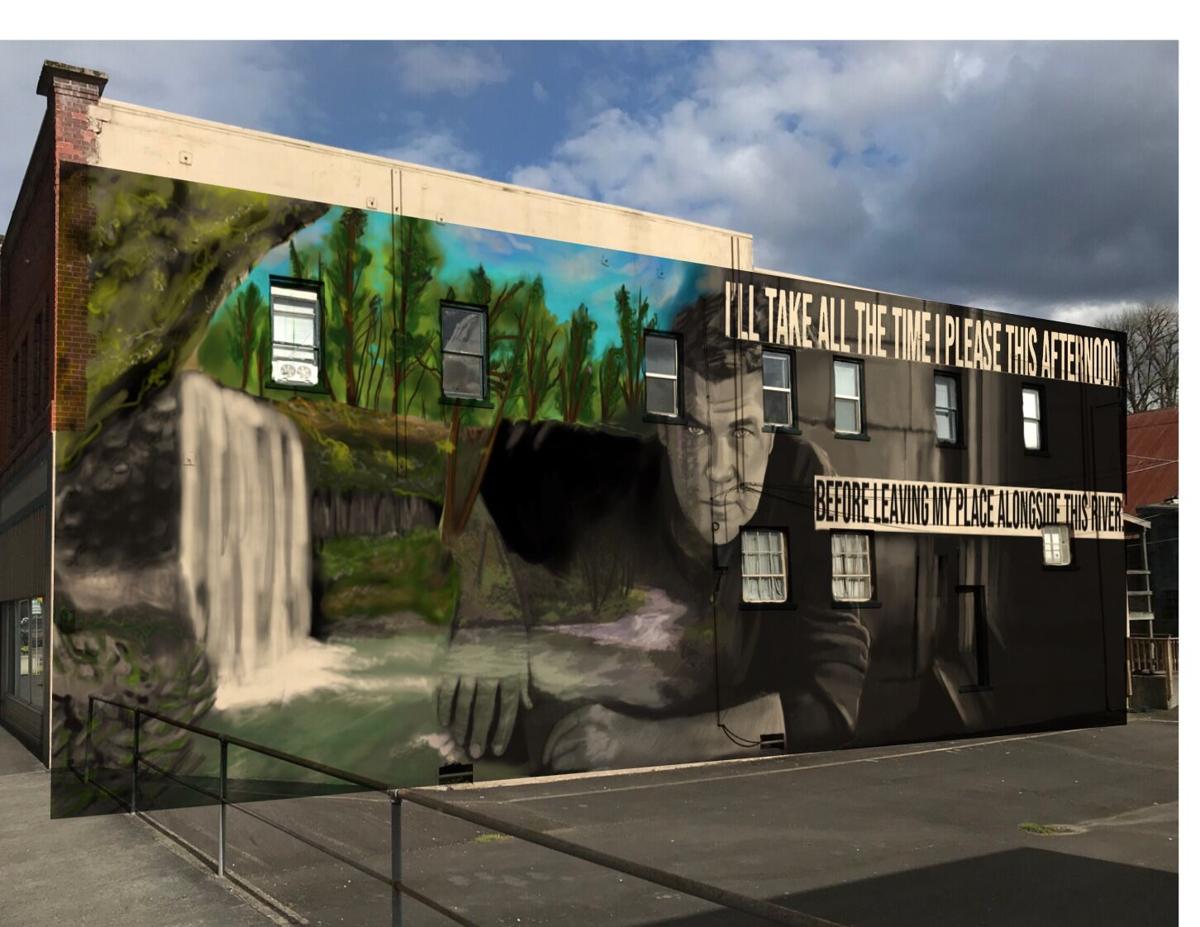 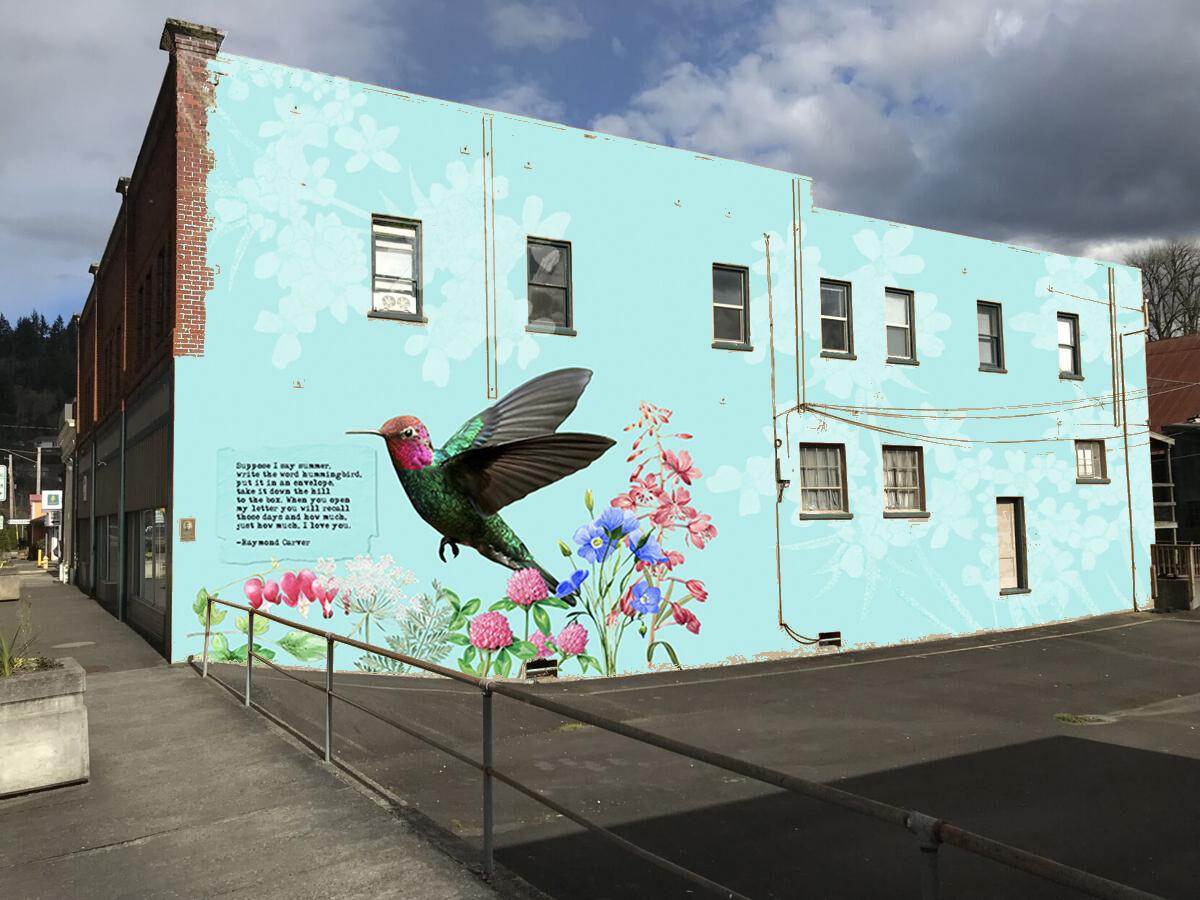 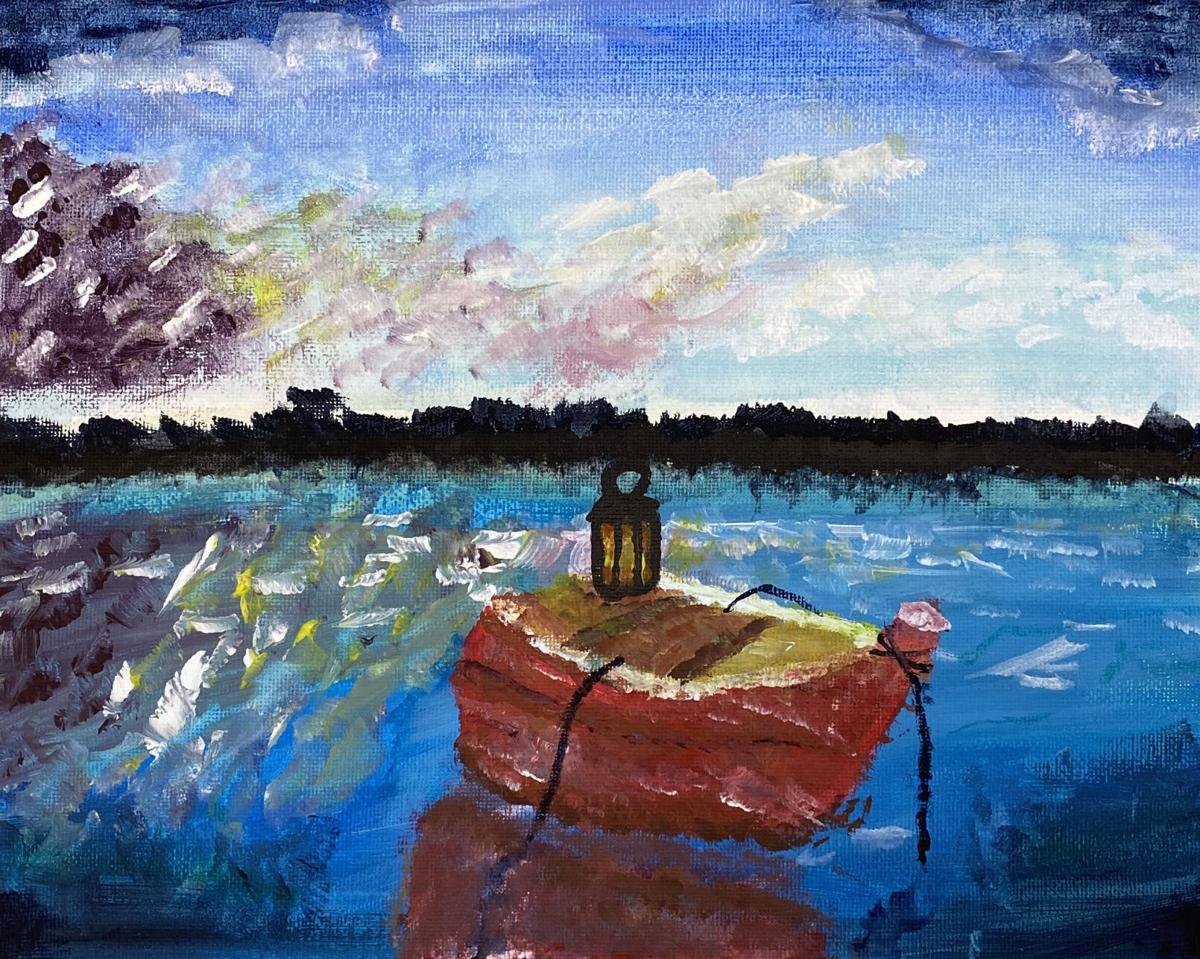 If you stop for a visit in Clatskanie, you may notice something different about the south-facing wall of the old Clatskanie hospital on North Nehalem Street.

It’s getting a makeover by a tattoo artist.

The once raw brick and plaster space will soon honor Raymond Carver, famed American writer and poet who was born in the building in 1938.

The project is part of the Clatskanie Arts Commission’s second annual mural competition, created to boost economic growth. This year, the commission asked artists to send in submissions inspired by Carver’s work to be painted onto the side of the old hospital. The building’s 81 foot by 30 foot wall is visible from U.S. Highway 30, a view the commission believes has a lot of potential to attract new visitors.

Seaside tattoo artist Dylan Eckland won this year’s competition. His design is in the process of being painted onto the building’s exterior wall.

“(Dylan) captured Raymond and his words and made a connection to our community,” said Jeremy Furnish, the mural project director.

Eckland has worked as a tattoo artist for about four years. He said he saw the competition as an opportunity to work in a different medium and push his work into the public eye.

Eckland had come across Carver’s work as a tattoo artist, so when Eckland’s wife found the mural contest online, she encouraged him to send in a submission.

“I like to expand and do different types of art,” Eckland said.

He combed through Carver’s work for hours to find inspiration for the design, and then spent weeks bringing his design to fruition.

This is Eckland’s first public art showcase on something other than human skin.

“Art in general is a very important part of culture in communities,” he added.

The commission chose five people to be part of a blind jury from the community, and they were tasked with choosing the mural winners based on the criteria of the project proposal.

Eckland’s winning artwork will be painted on the building by volunteers over the course of the summer. Painting started this month, and is slated to finish in September.

The commission has four goals for the mural project: to celebrate the heritage and history of the Clatskanie community, attract visitors and inspire residents, encourage community engagement and to energize interest in cultural assets.

Furnish believes Clatskanie is technically an art desert by the definition of the Oregon Arts Commission, meaning there is minimal access to creative content in the area. Interest in the mural contest has increased. This year’s project received 24 submissions, up from last year’s 14.

Second place honors were given to Audrey Christo, and Mark Kenny took home the third-place prize with his design. Lana Jefferson was awarded the best student submission title.

“I felt like that creative change could drive an improvement in the economy,” Furnish said.”I know the value of exposure and I want to do that for other people. I want to help them sustain a creative career.”

He said last year’s mural, painted by Mark Kenny, has since attracted visitors.

The commission plans to continue the mural competition and eventually introduce a sculpture aspect to create a trail that will draw visitors through town.

To learn more about the mural project, visit clatskaniearts.org/mural-project