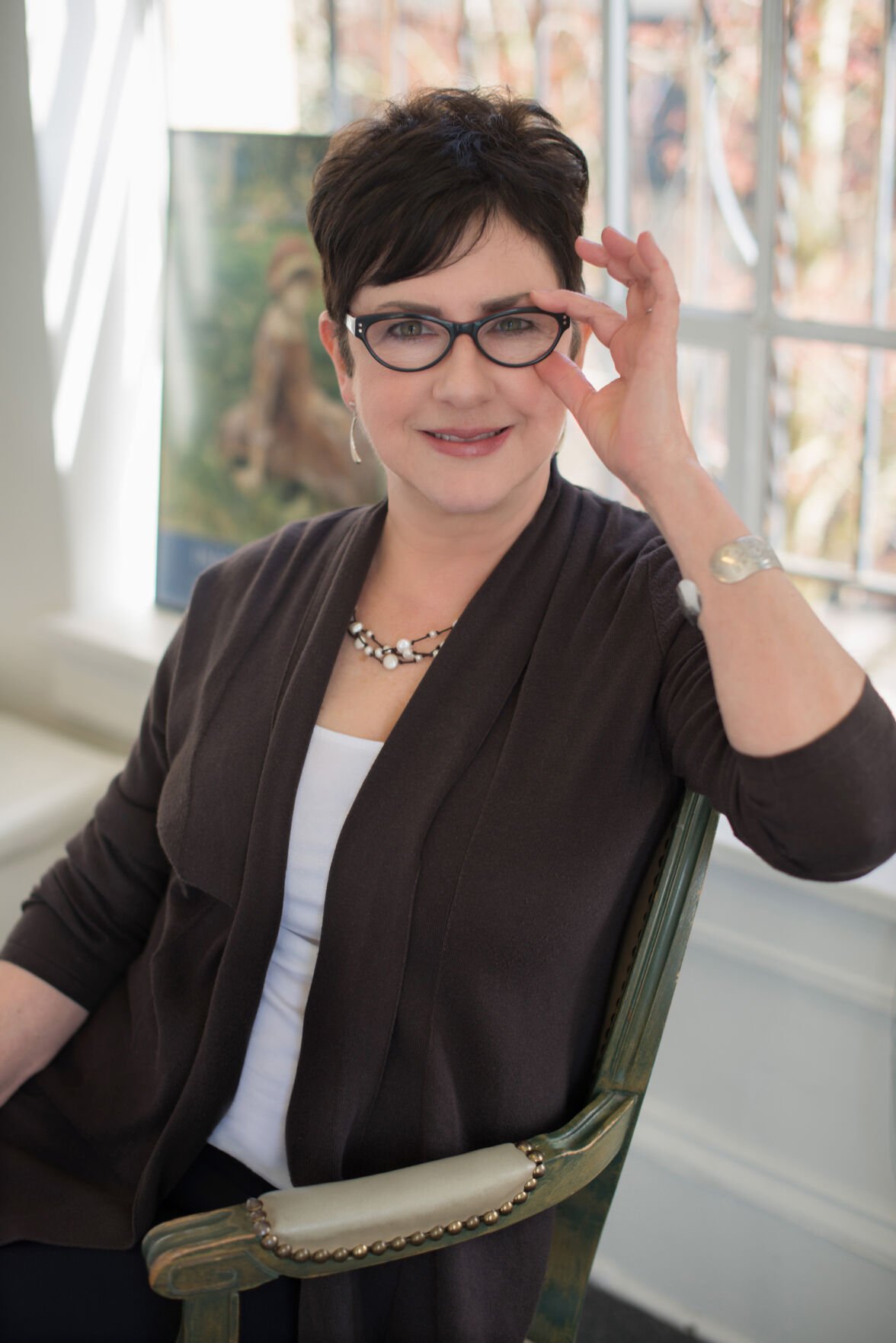 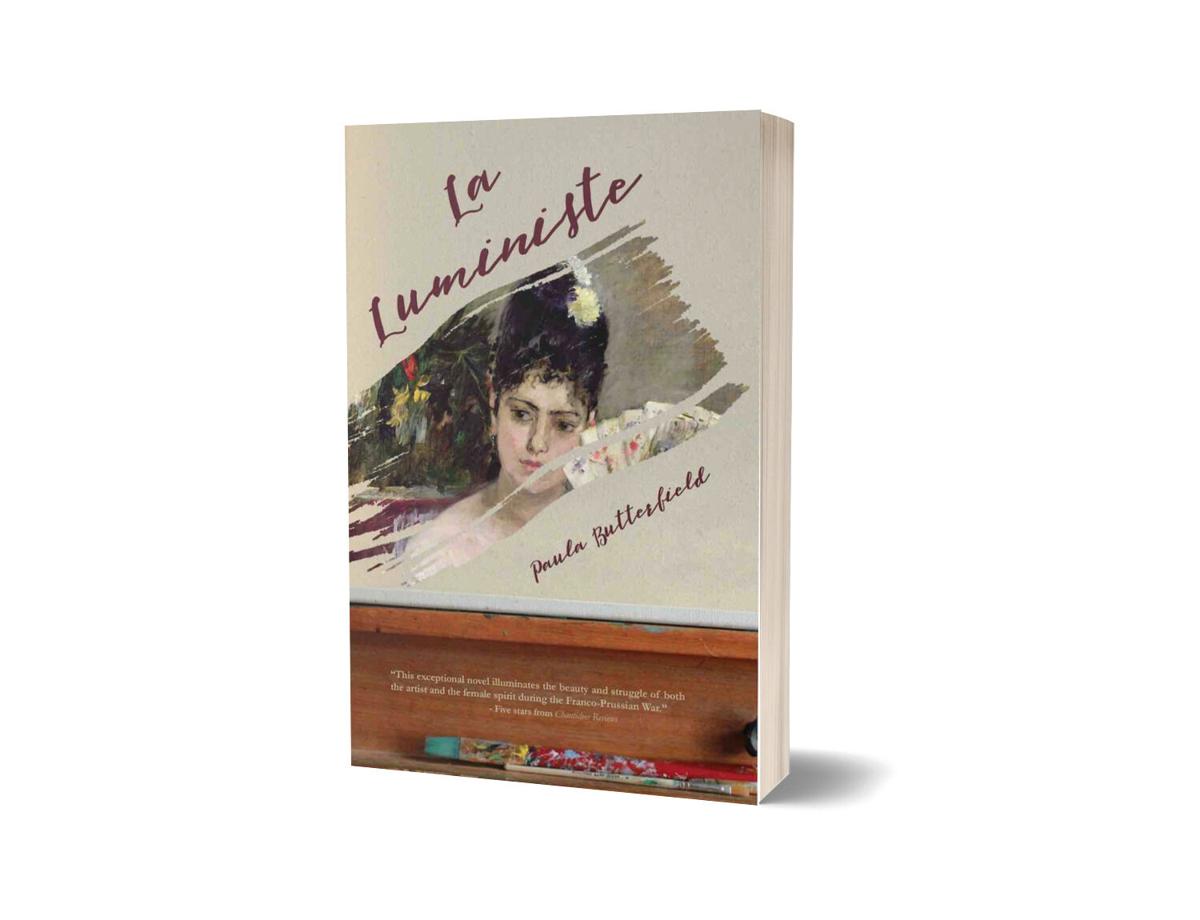 A Parisian grave with three bodies stacked on top one another may seem unusual to the casual observer. But to historical fiction author Paula Butterfield, the setup was downright scandalous.

Butterfield, a part-time resident of Gearhart, tells the story of the real-life grave and its inhabitants in her recently published debut novel, “La Luministe.” She will discuss her book and research Saturday as part of Cannon Beach Library’s Northwest Authors Virtual Series.

The gravesite that Butterfield visited was in the Passy Cemetery in Paris, France. It is home to Berthe Morisot, an iconic French impressionist artist. Morisot is the focus of Butterfield’s novel.

The three being buried together to conserve space only furthered Butterfield’s surprise.

“For women, especially women before the modern period, their lives were way outside the box,” Butterfield said. “Anything they did was considered transgressive.”

Butterfield’s novel follows Morisot in her pursuit of professional artistry within a male-dominated Paris art scene. Morisot’s scandalous love affair with Eduoard Manet, who is a radical artist himself, begins as she becomes an emerging artist.

Morisot lives through the Franco-Prussian War. In a turn of events, she marries Eduoard’s brother, Eugene. While married, Morisot refuses to be stifled. She ultimately creates some of the most avant-garde paintings of the Impressionist movement.

“(The novel will appeal to) anybody who likes art, Paris, romance, family secrets and a little bit of war,” Butterfield said.

Butterfield grew up in Portland, often taking trips to the coast with her family.

She eventually left the state to earn a Master of Fine Arts degree for professional writing from the University of Southern California. Afterward, she briefly worked in the film industry.

For the following 20 years, Butterfield developed and taught college courses focused on female artists. That experience served as her initial inspiration for writing historical fiction.

While she was teaching courses about female artists, Butterfield saw little representation of their lives and work elsewhere, including museums and galleries.

“I was thinking, ‘Where’s the movie? Where’s the mini-series? These women are fascinating,’” she said.

Butterfield became inspired to write about historical female artists herself in 1999, when the books “Girl With a Pearl Earring” by Tracy Chevalier and “The Girl in Hyacinth Blue” by Susan Vreeland were released.

The process of turning the lives of historical women artists into narrative can be difficult, Butterfield said.

Most people’s lives do not fit perfectly in a linear storyline, so sometimes small historical details need to be altered to fit the narrative vision, Butterfield said. She notes any alterations to historical fact in the book’s author’s note.

One of Butterfield’s favorite parts of the writing process is adding imagined thoughts, dreams and conversations to the story that would not be found in a biography.

“I never feel like (the characters) are people from the past,” Butterfield said. “By the time I’m writing about these women, they’re people I really know.”

Living part-time in Gearhart helped inspire Butterfield when she was writing.

“(Morisot) was obsessed with the sea, and painted many scenes of boats and coastlines. She wanted to show the wind and the entire atmosphere, light and air,” Butterfield said. “I spent a lot of the time sitting on the beach figuring out, how would (Morisot) describe the ocean?”

A new history to reveal

The solitude and downtime associated with the coronavirus pandemic shocked Butterfield at first but also motivated her to write.

She has finished two manuscripts. One story deals with a Civil War-era artist who left America for Europe to pursue her career. The other story deals with two rival American artists in the mid-20th century.

When asked what advice she might give to aspiring writers, Butterfield said, “Some people say read everything, bad and good. I say read the best writers you can find and it will inform your work.”