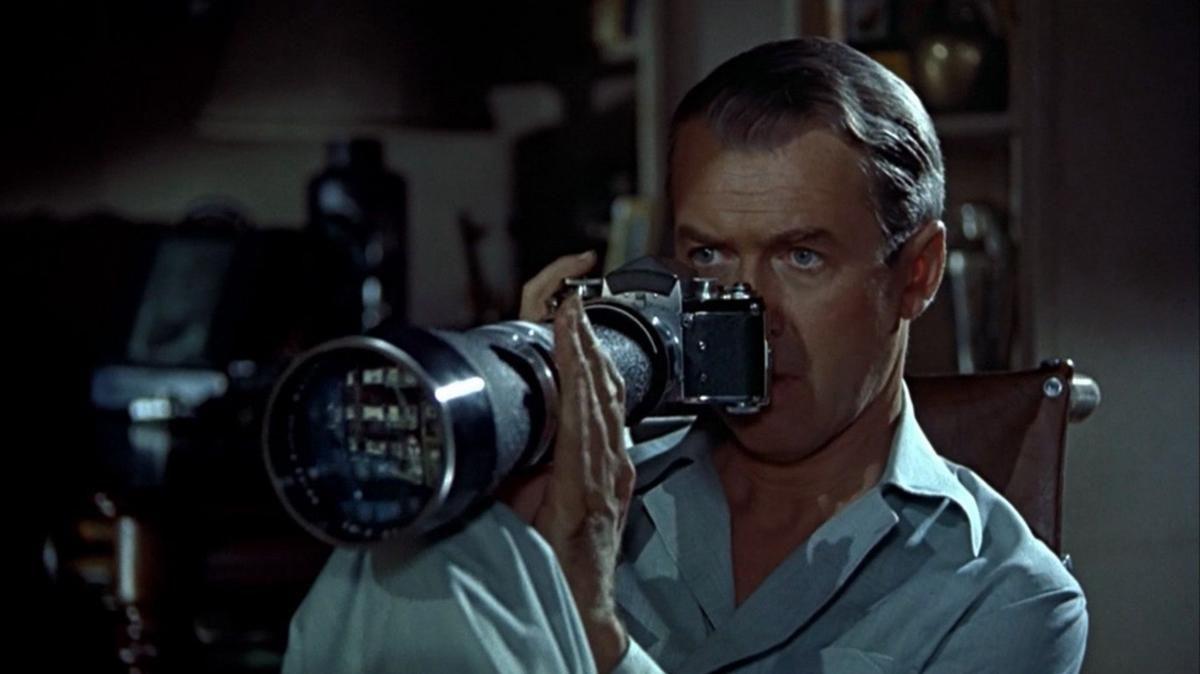 Lon Chaney stars as the Phantom in ‘Phantom of the Opera.’ 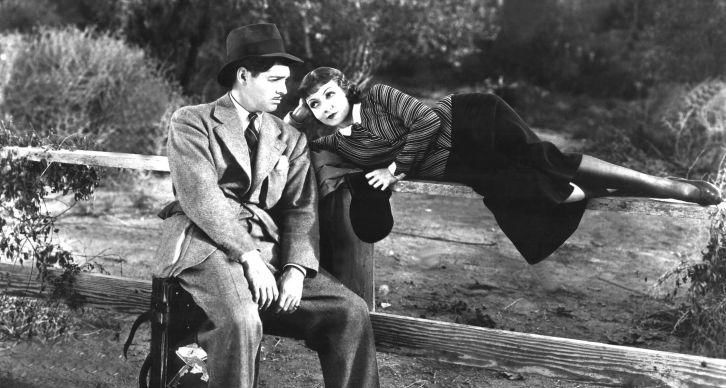 Clark Gable and Claudette Colbert star in a scene from Frank Capra’s ‘It Happened One Night.’ 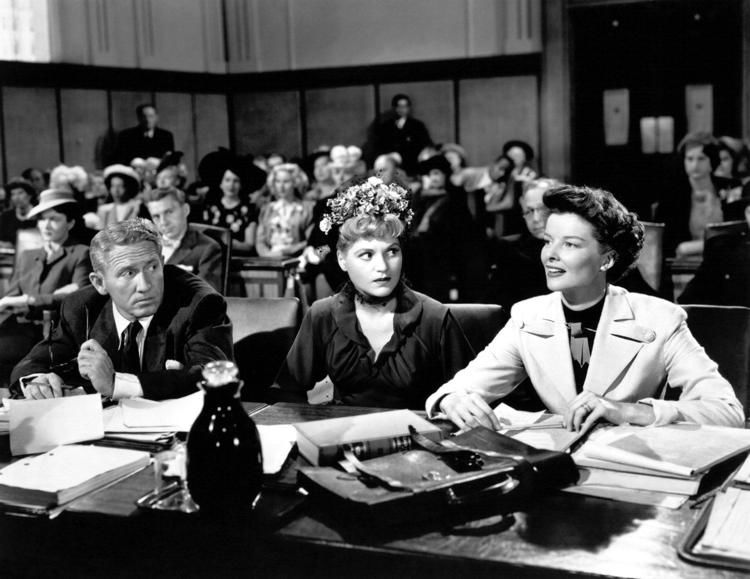 From left, Spencer Tracy, Judy Holliday and Katharine Hepburn in a scene from ‘Adam’s Rib.’ 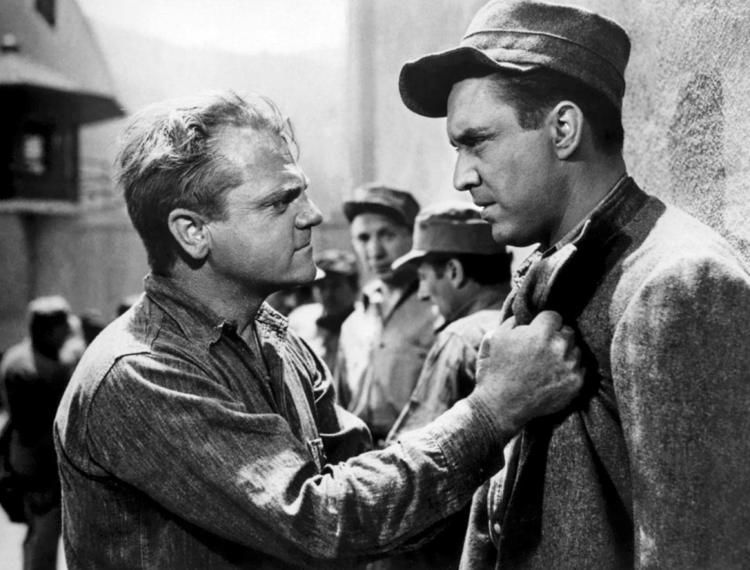 James Cagney, left, stars in a scene from ‘White Heat’ with Edmond O’Brien. 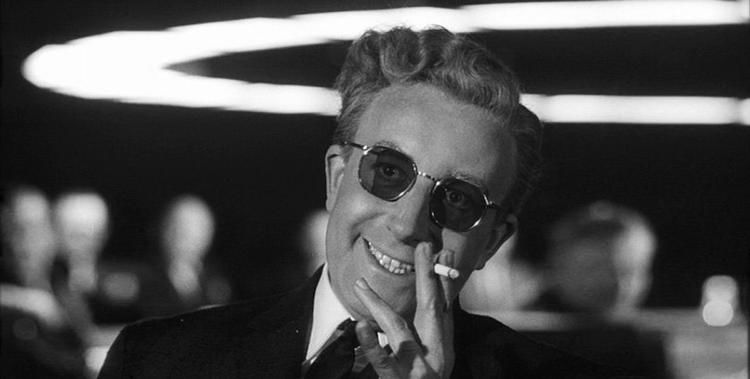 Peter Sellers stars in a scene from ‘Dr. Strangelove or: How I Learned to Stop Worrying and Love the Bomb.’

Lon Chaney stars as the Phantom in ‘Phantom of the Opera.’

Clark Gable and Claudette Colbert star in a scene from Frank Capra’s ‘It Happened One Night.’

From left, Spencer Tracy, Judy Holliday and Katharine Hepburn in a scene from ‘Adam’s Rib.’

James Cagney, left, stars in a scene from ‘White Heat’ with Edmond O’Brien.

Peter Sellers stars in a scene from ‘Dr. Strangelove or: How I Learned to Stop Worrying and Love the Bomb.’

What a great time to discover and rediscover classic films. Here are a few films from the 1920s through 1960s that show the medium's evolution and subject matter over 50 years. These films are all available to rent for a small fee through various platforms.

“The Kid” (1921) — This is Charlie Chaplin’s first full-length film and debuts the Tramp character he became famous for. The Tramp finds an orphan and takes him in, sharing what little he has, until the orphanage takes the child back. Stream it on Kanopy , the Criterion Channel or Amazon Prime.

“The Jazz Singer” (1927) — This is not the first “talkie,” but it did break the mold and usher the new technology to the mainstream. It’s a standard story of a young artist who wants to be a musician, but his controlling father won’t hear of it. So Jakie (Al Jolson) plays anyway and is discovered, changes his name and finds love — though he still wants to win his father over. Rent it from Amazon Prime, YouTube, Google Play, iTunes and Vudu.

“The Phantom of the Opera” (1925) — This is a classic story that has been retold time and again. Silent with expert use of highlights and shadows, it’ll make you feel more for the lovelorn Phantom than other versions have. Stream it on TubiTV, Kanopy, Hoopla, YouTube or Amazon Prime.

This decade includes some of the biggest releases of all time. In 1939 alone “The Wizard of Oz,” “Mr. Smith Goes to Washington,” “Goodbye, Mr. Chips” and “Gone With the Wind” were all released.

“Bachelor Mother” (1939) — This one was remade in 1956 starring Debbie Reynolds and Eddie Fisher but is also a remake of an earlier Hungarian film called “Little Mother.” The story follows Rogers, a single woman, who discovers a baby left on a doorstep and is immediately mistaken for its mother so she decides to raise it as her own. Her boss, a rich playboy played by Niven, is sympathetic to the unwed mother, so he keeps her on after her seasonal position at a department store is finished. The two strike up a friendship and eventually a romance in this quintessential screwball comedy. Stream it on TCMWatch, Amazon Prime, YouTube, iTunes, Google Play or Vudu.

“It Happened One Night” (1934) — A delightful comedy starring Claudette Colbert and Clark Gable wherein Colbert plays a rich socialite who, after marrying an aviator, is taken away by her father on his yacht. Then, she jumps ship and runs from him. Gable plays a newspaperman intent on getting the scoop and agrees to help her back to her beau. Rent it from Amazon Prime, YouTube, iTunes, Google Play or Vudu.

“King Kong” (1933) — See the original big ape before he returns to theaters in “Godzilla vs. Kong.” While the stop motion effects may seem crude by today’s standards , they’re good for 1933. Rent it from Amazon Prime, YouTube, iTunes, Google Play or Vudu.

Ah, the golden age of screwball comedies. Westerns begin to take center stage and Film Noir gets going. The 40s include some incredible wartime satires and delightful musicals aimed to take minds off the atrocities of the real world.

“Adam’s Rib” (1949) — Here, Katharine Hepburn and Spencer Tracy play happily married divorce attorneys, both at the top of their game when they decide to take on opposing clients. The screwball comedy has such poignant moments and elements that are way ahead of its time that it can still capture audiences’ attention. Stream it on TCMWatch, Amazon Prime, YouTube, Google Play or Vudu.

“His Girl Friday” (1940) — A fast-talking comedy starring Cary Grant and Rosalind Russell as divorced couple Walter Burns, a newspaper editor, and Hildy Johnson, one of his reporters. Hildy returns to tell Burns that she is engaged to a bland insurance man, quitting journalism and moving to Albany, New York, to raise a family. Burns tries to coax her to stay with an assignment she can’t turn down. Stream it from Amazon Prime, Hoopla, Kanopy, Tubi, Vudu, YouTube or iTunes.

“White Heat” (1949) — This is one of the most recognizable James Cagney gangster movies and one of the best of the genre. Cagney plays a psychopathic criminal leader who is overly attached to his mother. He and his gang are jailed, and when he attempts to break out, the results are explosive. Rent it from Amazon Prime, Google, iTunes, YouTube or Vudu.

Films are bigger, more epic and getting wider releases. Movies heavily featuring teens and young people are gaining audiences and by the end of the decade the Hays Code, a moral guideline all major motion pictures had to adhere to, would begin to lose its grip, giving way to edgier storylines that are more reflective of real life.

“Anatomy of A Murder” (1959) — Another courtroom film very ahead of its time, this drama stars James Stewart as a semi-retired lawyer who takes on a murder case. He defends an Army lieutenant who murdered a man his wife had accused of rape. It has been ranked among some of the best depictions of courtrooms and one of the best courtroom drama films of all time. Rent it from Amazon Prime, YouTube, Google Play, iTunes or Vudu.

“Giant” (1956) — A cinematically beautiful and sweeping epic journey of an oil family in Texas, their patriarch, played by Rock Hudson, and their upstart neighbor, played by James Dean. The film follows these two men and their changing fortunes and familial relationships over the course of decades. Rent it from Amazon Prime, YouTube, Google Play, iTunes or Vudu.

“Lust for Life” (1956) — The late, great Kirk Douglas takes on Dutch master painter Vincent Van Gogh in a masterful showcase of his acting prowess. The film follows Van Gogh through all his failures, setbacks and his struggles with his mental illness. With a little support from fellow painter Paul Gauguin, in an Oscar-winning performance from Anthony Quinn, and from his brother Theo, Van Gogh gets through as best he can. Rent it from Amazon Prime, YouTube, Google Play, iTunes or Vudu.

“Rear Window” (1954) — When your main character is limited to one location, it creates some interesting choices for a director. Alfred Hitchcock, of course, has no problem with these situations, so Jeff, a temporarily wheelchair bound photographer (James Stewart), takes on being a nosey neighbor, watching the lives of the people who live across him in small bohemian courtyard apartment complex. Everything is pretty banal, people having parties, cleaning, going on dates and what not, until he realizes a neighbor has murdered his wife. The Master of Suspense gets your heart racing as Jeff tries to convince the rest of the world that what he saw happen is indeed the truth. Rent it from Amazon Prime, YouTube, Google Play, iTunes or Vudu.

“Some Like It Hot” (1959) — Directed by Billy Wilder, the film stars Tony Curtis and Jack Lemmon as two musicians on the run from the mob who decide to dress as women and join an all-female band to hide out. They meet the bombshell singer/ukulele player Sugar Kane played by Marilyn Monroe. Stream it on Hulu, TCM Watch, YouTube, Google Play, iTunes or Vudu.

“Sunset Boulevard” (1950) — Gloria Swanson plays an aging silent film star who decides to make a grand comeback, refusing to let her star die out. She hires a screenwriter, played by William Holden, to create her newest project. Though he believes he can use her to his advantage, he realizes he’s wrong — which leads to disastrous consequences. It’s one of those films that everyone tells you is great and when you do finally watch it, you realize why. Top-notch acting oozes out of every frame with brilliantly directed sequences from Billy Wilder. Stream it on Crackle, Amazon Prime, YouTube, Google Play, iTunes or Vudu.

The decade that said goodbye to black and white, the Hays Code and the studio system. The 1960s saw great changes in films with more European influence, creative freedom and the birth of an entirely new Hollywood.

“Breakfast at Tiffany’s” (1961) — Based on the Truman Capote novel of New York party girl Holly Golightly and her friendship and eventual romance with young writer, Paul. Holly, played by Audrey Hepburn, is a tragic character who lies her way through life, getting caught up in the fantasy of it all. But bit by bit, Paul, also acting the fake, peels back the layers, and they both uncover their authenticity. Though the film contains one of the worst racial offenses in history from Mickey Rooney, it’s easy to fast forward through. Stream it on Starz, Amazon Prime, YouTube, Google Play, iTunes and Vudu.

“Dr. Strangelove or: How I Learned to Stop Worrying and Love the Bomb” (1964) — In 1964, the world was terrified of nuclear weapons being pointed from Russia and the U.S., so what better time than to explore that anxiety in a black satire from Stanley Kubrick? It stars Peter Sellers in three distinctly different characters along with George C. Scott, Sterling Hayden, Slim Pickens and a young James Earl Jones. Stream it on Crackle , Amazon Prime, YouTube, Google Play, iTunes or Vudu.

“Lawrence of Arabia” (1962) — This is long, clocking in at nearly four hours, and much of that is spent in sprawling and beautiful, but silent, shots of desert. Be aware that this movie contains many characters in brownface. The entire film is basically a masterclass of acting and cinematography. Rent it on Amazon Prime, YouTube, Google Play, iTunes or Vudu.

“The Producers” (1967) — Another dark comedy coming from the ’60s, this one is a bit more lighthearted than “Dr. Strangelove.” This is Mel Brooks’ directorial and film writing debut (he wrote for Sid Caesar throughout the 1950s) and what a debut it was. A failed Broadway producer (Zero Mostel) ropes in a nebbish accountant, played by Gene Wilder in his second film and first starring role, to put on a flop and in the process make more money off it. Well, that’s the scheme at least. They choose a script written by a former Nazi about the kinder side of his Fuhrer, hire a flamboyantly awful director to helm it and cast an inept hippie to star. What could go wrong? There’s the beauty of this sharp comedy. Rent it on Amazon Prime, YouTube, Google Play, iTunes or Vudu.