Ali Wong and Randall Park in a scene from ‘Always Be My Maybe.’ 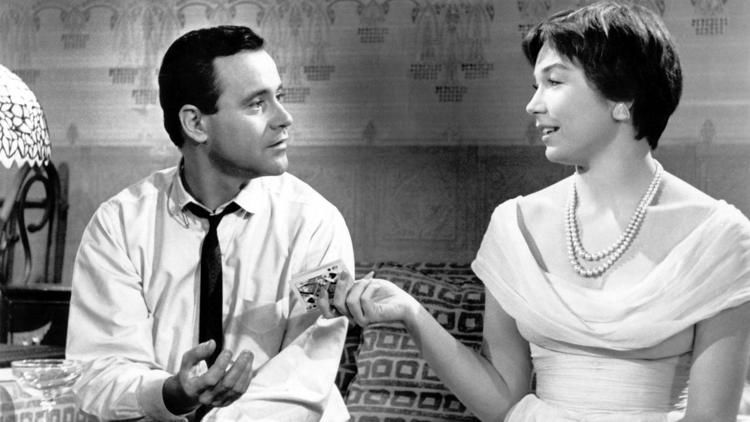 Jack Lennon and Shirley MacLaine star in ‘The Apartment.’

Nathan Lane and Robin Williams in ‘The Birdcage.’

A scene from ‘Coco.’ 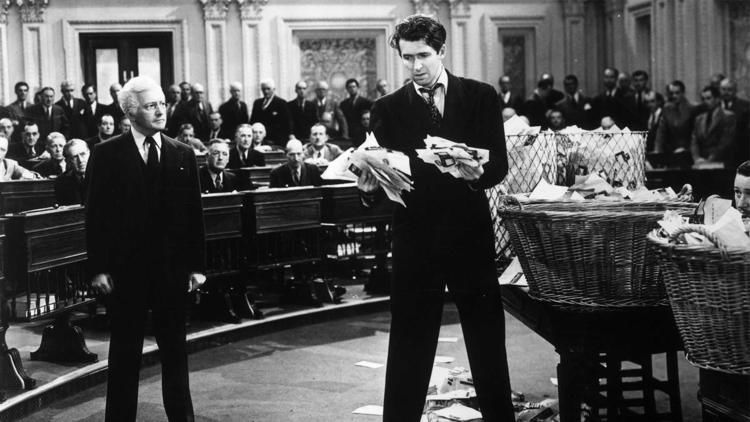 A scene from ‘Mr. Smith Goes to Washington.’

Ali Wong and Randall Park in a scene from ‘Always Be My Maybe.’

Jack Lennon and Shirley MacLaine star in ‘The Apartment.’

Nathan Lane and Robin Williams in ‘The Birdcage.’

A scene from ‘Coco.’

A scene from ‘Mr. Smith Goes to Washington.’

Need to see something uplifting amid all the pandemic uncertainty? Like a hug or a cup of cocoa on the big screen, these movies continue to fill us with happiness and inspiration.

“Always Be My Maybe” (2019) — Starring and written by Ali Wong and Randall Park (along with writer Michael Golamco), the film follows childhood besties Sasha (Wong) and Marcus (Park) as they meet again after 15 years of living completely different lives. Wong and Park have undeniable chemistry and the story feels completely fresh. Even if rom-coms aren’t your thing, come for a surprise Keanu Reeves performance, then stick around for the rest. Stream it on Netflix.

“The Apartment” (1960) — C.C. Baxter (Jack Lemmon) rents out his apartment by the hour to his co-workers so they can have extramarital affairs. His boss (Fred MacMurray) gets a hold of the key, then later offers Baxter a promotion in exchange for the apartment. The decision means Baxter has to choose between the promotion or seeing the building's elevator operator (Shirley MacLaine), who he is in love with. Rent it on Amazon Prime, Google Play, iTunes, Vudu or YouTube.

“The Birdcage” (1996) — Based on the French film “La Cage aux Folles,” this features rich performances from Robin Williams and Nathan Lane. When the son of a gay drag club owner (Williams) and his partner, the star of the show (Lane), announces he’s marrying the daughter of a highly conservative senator (played brilliantly by Gene Hackman) and his wife (the delightful Dianne Wiest), the two transform their apartment and lives to ensure the meeting of families goes smoothly. Hilariously, of course, it doesn’t. Stream it on Vudu and YouTube or rent it from Amazon Prime, Google Play or iTunes.

“Coco” (2017) — Full of color and life in a story about death, remembrance and music. Miguel dreams of being a musician like his idol Ernesto de la Cruz but his family forbids it. When Miguel finds himself in the Land of the Dead he searches for de la Cruz and teams up with the charming Hector. Stream it on Disney Plus or rent it from Amazon Prime, Google Play, Vudu or YouTube.

“Crazy Rich Asians” (2018) — Constance Wu stars as Rachel Chu, an economics professor at New York University who accompanies her boyfriend Nick (Henry Golding) back to his home in Singapore for his best friend’s wedding. Full of classic romantic comedy misunderstandings and oozing in opulence and love, it holds its own where many other films in the genre can fall into routines of the tropes. Stream it on Hulu, Amazon Prime, Google Play, Vudu or YouTube.

“Ferris Bueller’s Day Off” (1986) — In probably the most epic day of hooky ever, Ferris (Matthew Broderick) enlists his best friend (Alan Ruck) and his girlfriend (Mia Sara) to take Chicago by storm, seeing more in one day than what it would take most of us a week to do, parade not included. Stream it on Netflix, Amazon Prime, Google Play, iTunes, Vudu or YouTube.

“The Goonies” (1985) — A group of kids embarks on a whirlwind adventure when they discover a pirate’s treasure map in one of their attics. They decide to follow it and encounter obstacles along the way. Rent it on Amazon Prime, Google Play, iTunes, Vudu or YouTube.

“Late Night” (2019) — Dame Emma Thompson powerfully takes on the role of Katherine Newbury, a popular late night host who has been declared “a woman who hates women.” Fearing this along with falling ratings may lead her to lose the show, she hires Molly, played by Mindy Kaling who also penned the script, to join her all-male writer’s room. Stream it on Amazon Prime.

“The Lord of the Rings” trilogy (2001-03) — There are wizards, elves, magic rings, intrigue, quests and much more. The trilogy, especially the extended editions, took fantasy epics to another level when they were released. Rent them on Amazon Prime, Google Play, iTunes or YouTube.

“Love, Actually” (2003) — It can be a little cheesy at times, but it more than makes up for it with heart and humor. Follow the love stories of nine intertwined couples in London (and Spain) as they navigate proclaiming their love for someone else around Christmas. Stream it on Hulu, Amazon Prime, Google Play, iTunes, Vudu and YouTube.

“Mr. Smith Goes to Washington” (1939) — When a young and idealistic man, Jefferson Smith, played by a very young James Stewart, gets elected to the U.S. Senate, he finds that some of the men in its hallowed halls aren’t all they’re cracked up to be. His mentor, played by Claude Rains, involves him in a scheme that would discredit Smith and ruin his plans to build a boys' camp. Rent it on Amazon Prime, Google Play, iTunes, Vudu and YouTube.

“The Princess Bride” (1986) — Each scene of this movie has some iconic line or image that immediately is conjured up by the mention of its name. From colorful performances from Billy Crystal and Carol Kane, Mandy Patinkin and Andre the Giant, paired with the more grounded leads of Cary Elwes and Robin Wright (her first starring role), the movie is always a treat. Stream it on Disney Plus or Amazon Prime.

“Singin’ in the Rain” (1952) — Between its famous soundtrack, stellar choreography courtesy of co-director, choreographer and star Gene Kelly, the movie is a treat no matter the weather. Try not to sing after the credits roll, I dare you. Rent it on Amazon Prime, Google Play, iTunes, Vudu or YouTube.

“Up” (2009) — Carl, the 78-year-old curmudgeon, ties thousands of balloons to his house and floats away towards his and his late wife’s dream of visiting Paradise Falls. But his dream gets a little tarnished when a Boy Scout named Russell stows away for the adventure of both their lives. Stream it on Disney Plus or rent it from Amazon Prime, Google Play, iTunes, Vudu or YouTube.