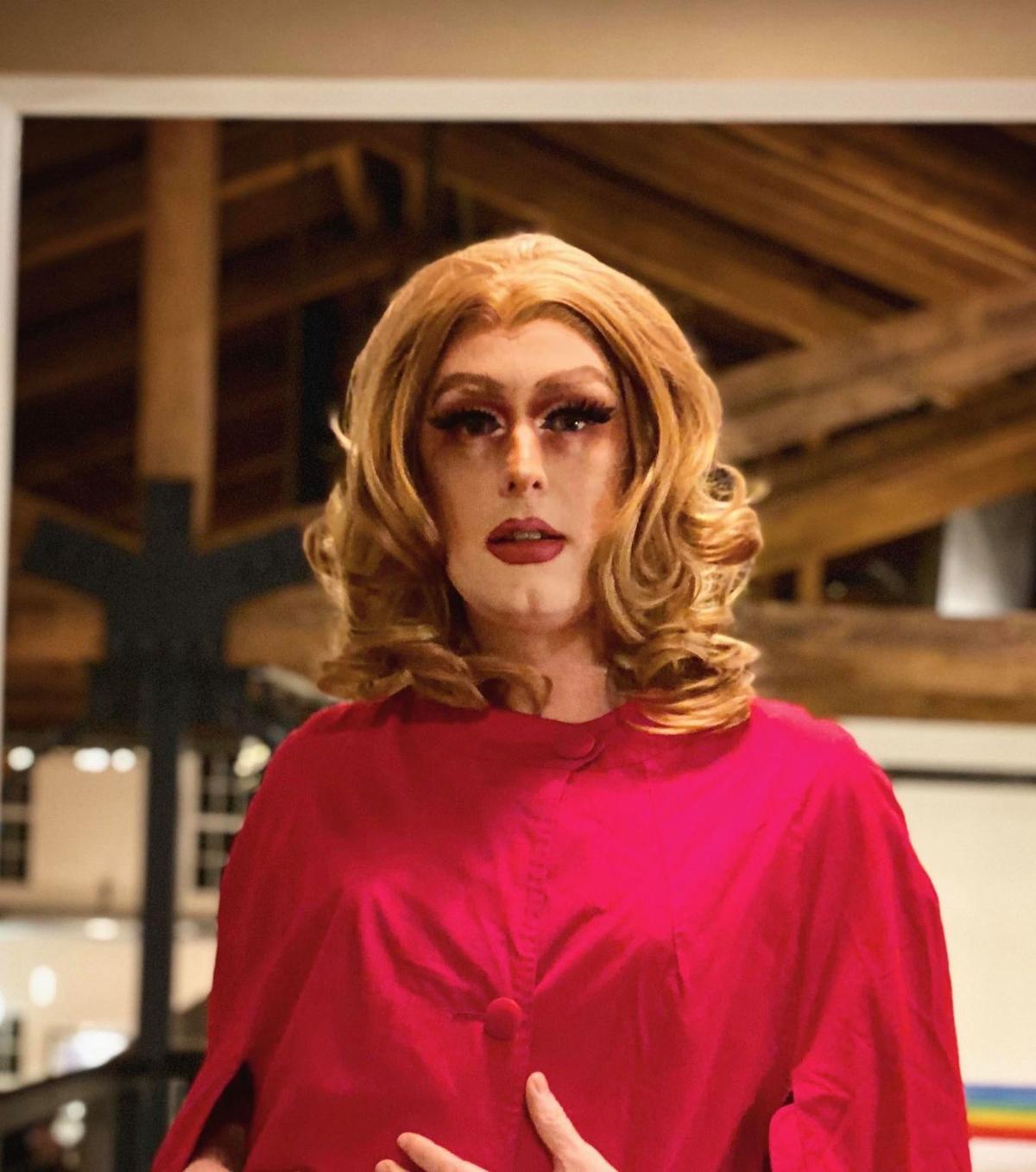 Ginger Vitus poses for a photo in her new wig. 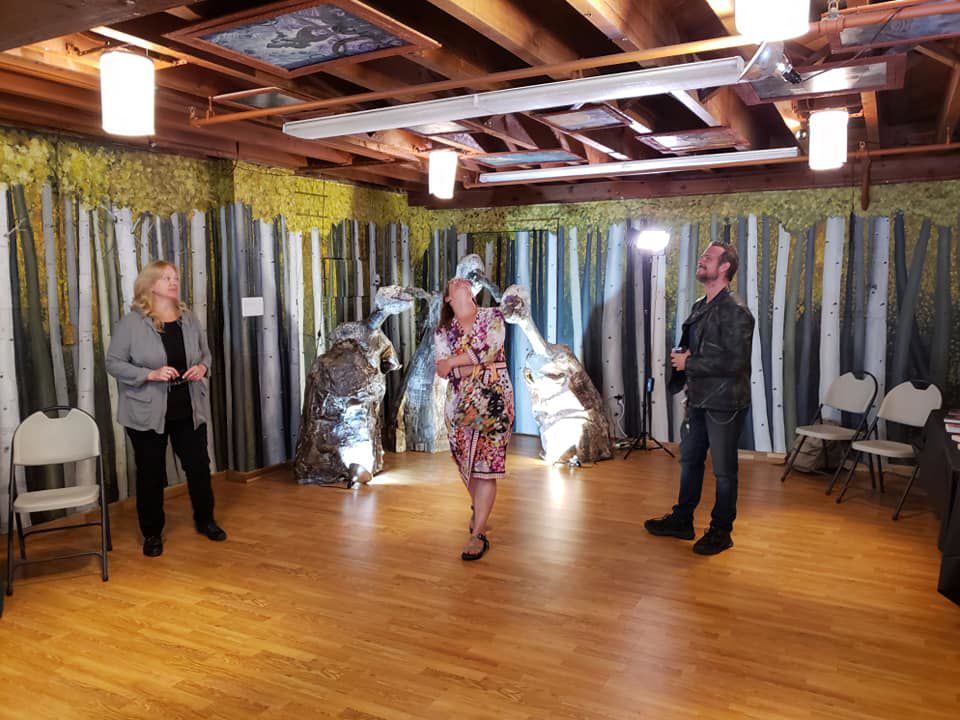 Artists visit the Weird Sisters LAB during an art walk. The LAB shows the work of Teresa Robinette (sculptures in the corner), William Brown (work on the ceiling) Kathleen Barber (photos) and Brenda West (figurines). 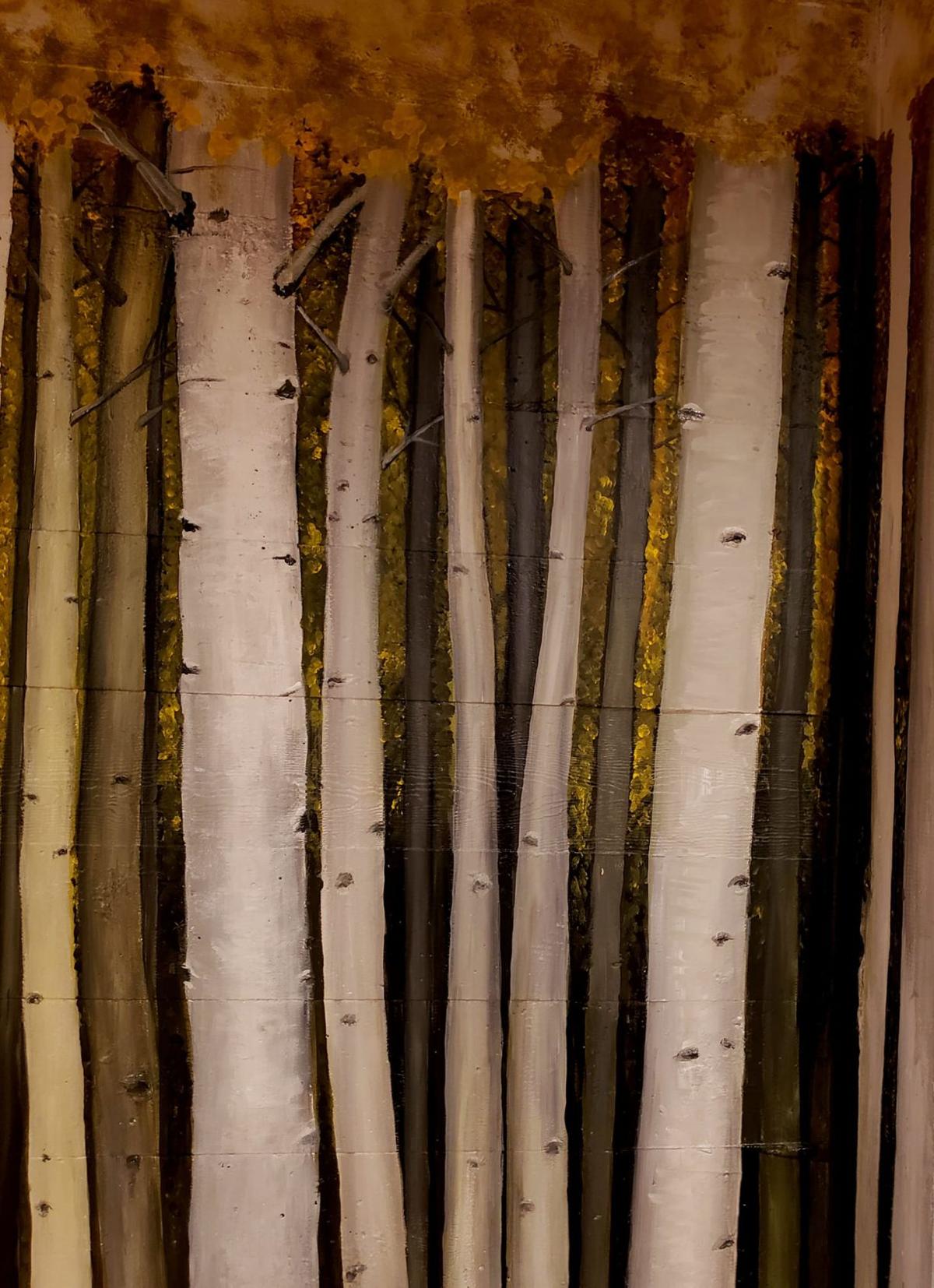 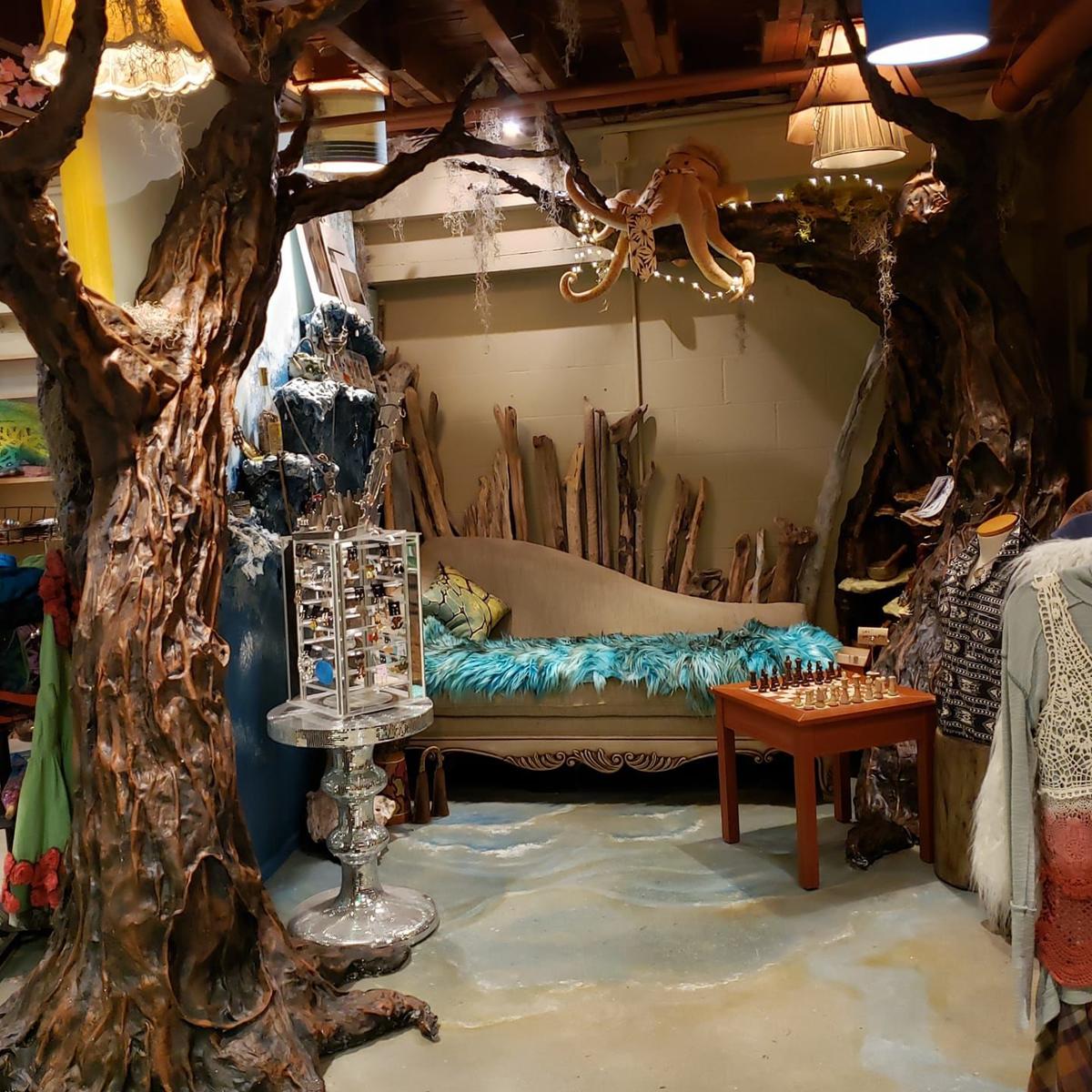 Ginger Vitus poses for a photo in her new wig.

Artists visit the Weird Sisters LAB during an art walk. The LAB shows the work of Teresa Robinette (sculptures in the corner), William Brown (work on the ceiling) Kathleen Barber (photos) and Brenda West (figurines).

Every month around the full moon, artists and performers have the chance to win micro-grants for their creative projects.

Weird Sisters Freak Boutique, a clothing store in an old, underground building in Astoria, is giving away $100 to an artist each month to be used to fund supplies, classes, transportation or other items related to creative projects.

Sondra Carr, owner of Weird Sisters, thought of the idea when she was giving away gift certificates and donations and wanted to create more of a system.

“One thing I believe strongly in is direct support of creative projects,” Carr said. “This seemed like a natural, albeit unusual, way to use my businesses' donations for what we really believed in.”

This month, the funds will be given to an artist at 6:30 p.m. Friday at Weird Sisters Freak Boutique. Since no one applied in December, that money was rolled over so this month’s winner will receive $200.

The first micro-grant, awarded in November, went to Joshua Conklin, who performs as a drag queen named Ginger Vitus. Conklin used the $100 to pay for a new wig for drag shows, including recent appearances at the local Red Dress Party fundraiser and A Very Dragulation New Year’s Eve Show.

Between the physical art of the makeup, the fashion of the costumes and the performance of lip syncing and dancing drag shows are a big creative outlet for Conklin.

“It encompasses every form of art under one umbrella and that’s why I enjoy it,” Conklin said.

But the costumes can be expensive, and the largest expense comes from the wigs.

“I think for all of us in this smaller rural area, financially we don’t have a lot of funds to put toward our art.” Conklin said. “The nicest benefit from this grant was to get a nicer wig than I would normally have, and not have to spend 10 hours styling a wig.”

Conklin is now on the selection committee to help select future artists for the grants, along with Jessica Standifird, who also applied for the grant in November.

Standifird said she was honored when Carr asked her to be part of the selection committee, and that the grant is supportive of the local arts community.

“I think this type of grant is what can often make that last push of a project happen, or can be the impetus to get the ball rolling,” Standifird said. “The smaller amount makes it possible to help more artists, which is important to me.”

Carr said she wanted the selection committee to be made of people who would apply for the grant, whether or not they win.

“The creatives who are applying will know that their ideas are being judged by people just like them — other creative applicants — and not some faceless gatekeeping entity,” Carr said. She added the non-winners on the selection committee will get to see the process and understand what they need to change in their own approach.

Standifird has been a writer, performer and events organizer for about 20 years, and said her focus is on collaboration and bringing different types of artists together.

She said grants for coastal artists, like this one, are crucial.

“The coast has so much to offer and this is a good way to spotlight and boost that,” Standifird said. “It also shows a drive toward community building and artists helping artists, which the area can only benefit from.”

Though Standifird didn’t win the grant in November, her application still led to more opportunities, as she and Carr are now collaborating on upcoming events and workshops.

Carr is hoping to get more and more applicants each month and to invite a handful of applicants to give a short presentation of their projects during the monthly giveaway events.

“I'm hoping to attract an audience who might be open to helping with their own donations toward any of the projects that pique their interest and create another way for creative support for all the applicants,” Carr said.