You are the owner of this article.
Edit Article Add New Article
Our Publications
Home
Area Guide
Arts
Coastal Life
Dining
Outdoors
Scratchpad
Send us your news
e-Edition
Email Alerts
Share This
1 of 3 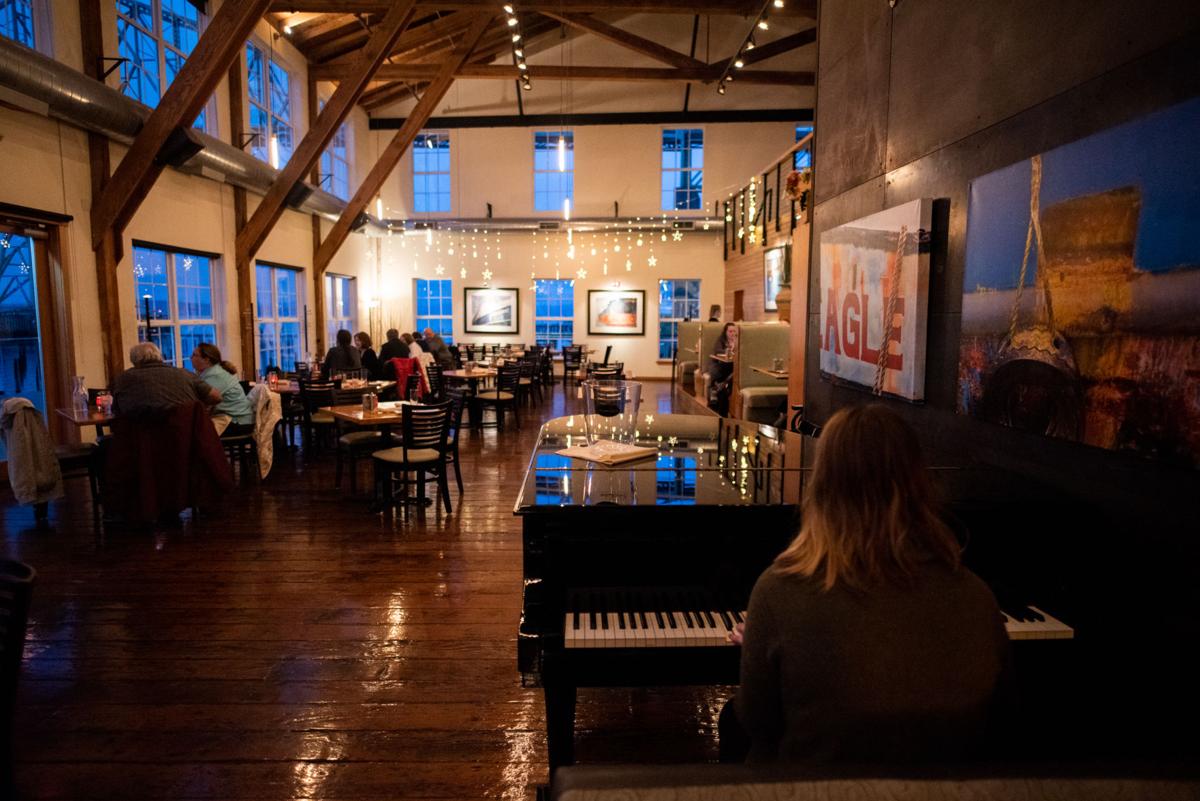 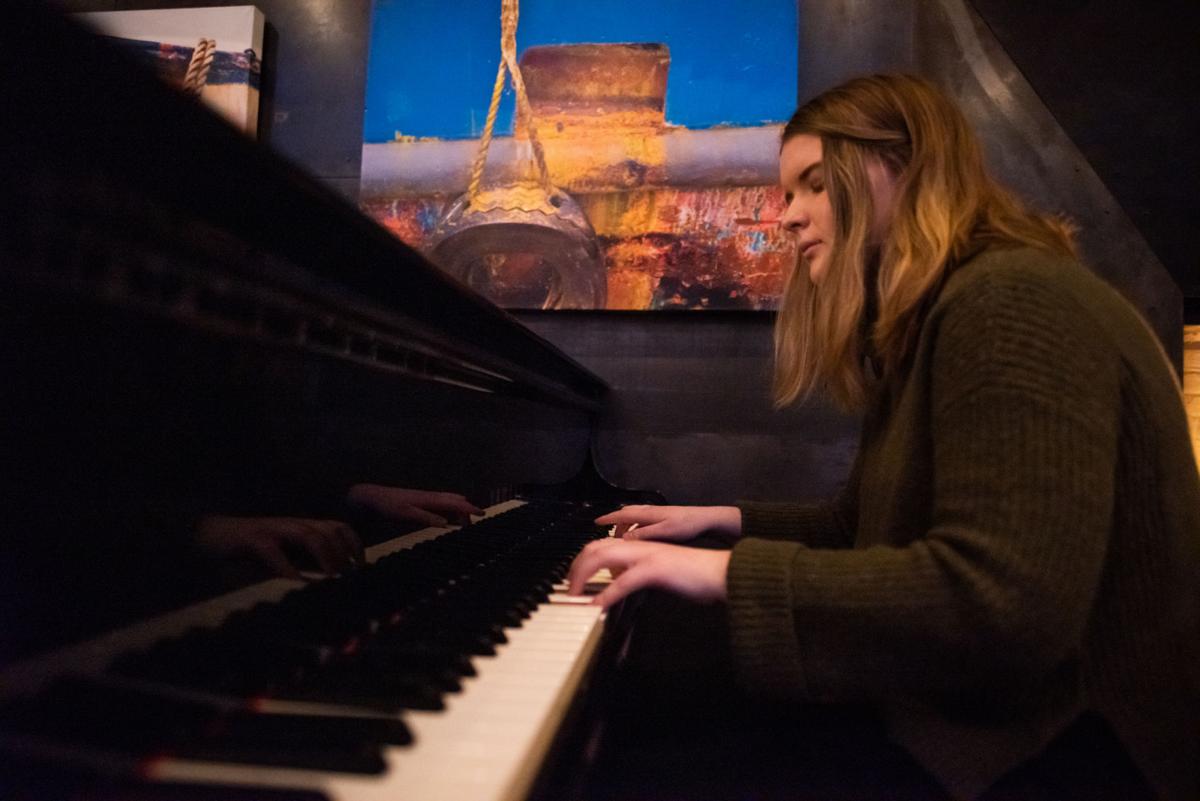 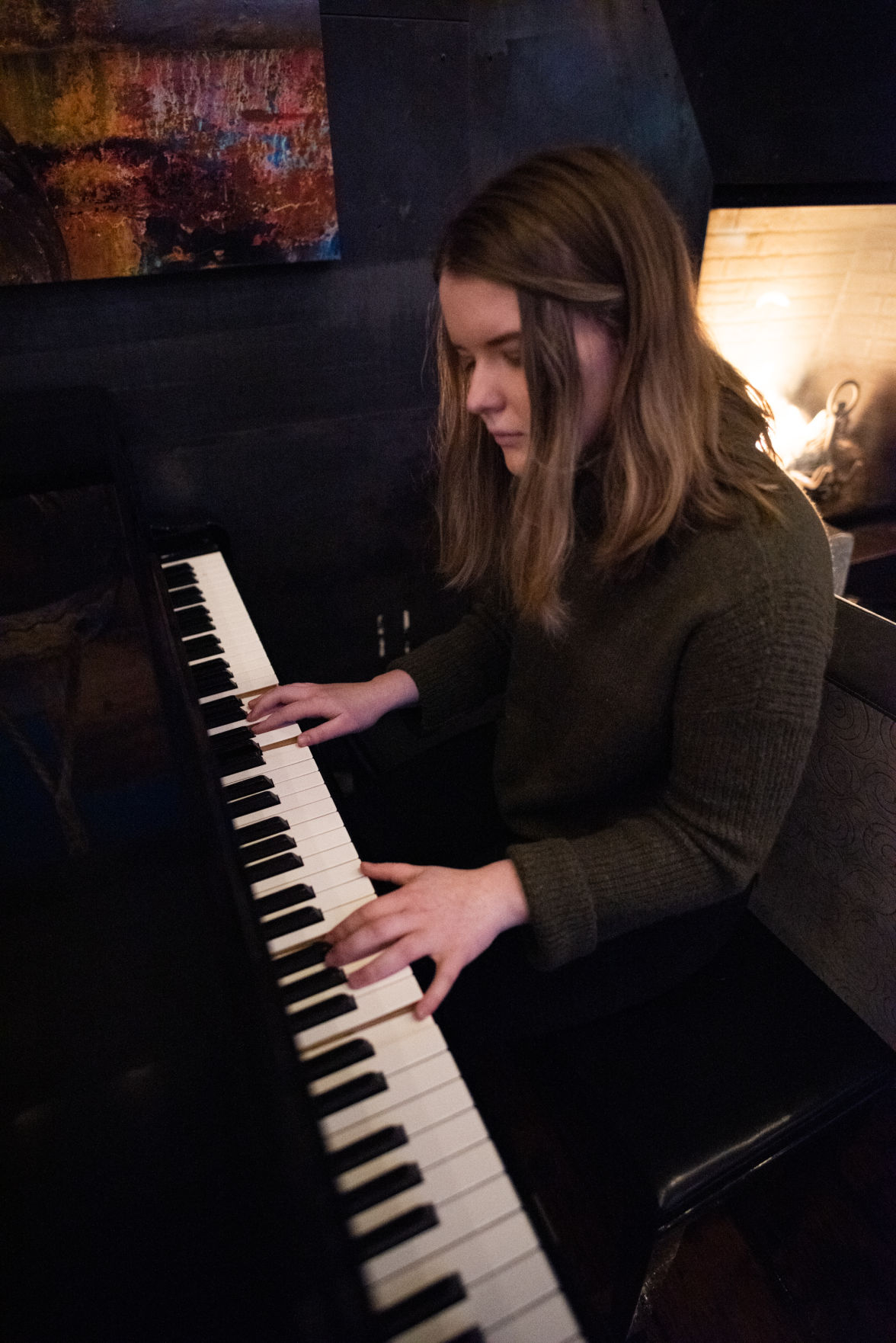 Isabella Morrill was meant to be a musician. Growing up, when she wasn’t playing the piano or drums herself, her house was filled with the sounds of her sisters and father playing instruments of their own.

“Music has always been a part of my family,” Morrill said.

Morrill, a Warrenton High School senior, is an up-and-coming composer. She also is a skilled pianist, sings, and dabbles in other instruments like French horn, guitar and ukulele.

Just about everyone in Morrill’s family is a musician. Her father, Gregory, plays multiple instruments.

“He’s always throwing around on a bass or a guitar,” Morrill said. “He’s so instinctual about it. We’re all so alike in that way.”

Morrill’s sisters, Krista and Sophia, also play multiple instruments and sing. Her grandparents are pianists whose careers include jobs with Portland orchestras and “Shanghaied in Astoria.”

“It’s like, ‘How do I live up to this expectation in my family?’” Morrill said. “But it just came naturally. I’m really grateful it did.”

At 6 years old, Morrill started taking piano lessons with help from her grandmother. She continued until she was 10 years old.

“It never really clicked with me,” Morrill said. “It was just something I had to do because my family was doing it.”

As a child, Morrill struggled to be enthusiastic about learning piano because she saw how advanced the rest of her family was when playing their instruments.

“I was like, ‘I just want to be there already’ so I’d try to jump the gun,” Morrill said. “My grandma would say, ‘Stop, we just have to do the basics.’ I’m really grateful for that experience because without it I wouldn’t know how to do the things I’m doing now. That was the foundation.”

Morrill’s parents wanted her to continue with music until she could join her school’s band. After quitting piano, she decided to change pace.

“One day, I turned to my parents and said ‘Hello. I want to learn the drum kit instead and I’ll be doing music lessons.’ I did that until I joined band in grade school,” Morrill said.

Morrill returned to piano at age 12 after being inspired by her sister Sophia, who regularly printed out chord charts to learn basic chords. At the time, Morrill didn’t understand the sheets so she printed off one of her favorite songs to see if she could follow it.

“I was like, ‘Wait, this is so much fun’ because I do my own thing and the charts provide the foundation. I can go off and improvise,” Morrill said. “I wasn’t constricted by sheet music and classical music, which I both love. It’s really freeing to be able to do my own thing.”

From there, Morrill worked on honing her piano skills. In high school, she started transferring her skills to other instruments. She also started writing her own compositions.

“It became less about reading sheet music and more about what I could create inside my own head as opposed to what others had already created. I took songs and put my own spin on them,” Morrill said. “I’ve grown into it.”

“As a kid, my sisters and I would always play little melodies on the piano,” Morrill said. “I always thought, ‘What if one day I could write a piece like Beethoven?’”

In 2019, Morrill won co-state champion in the high school division of the Oregon Music Education Association state music composition contest. She is the first Warrenton High School student to win the award, which is the association’s highest individual honor for students.

In December, the Columbia River Symphony performed Morrill’s composition, “Hymn to the Rain,” in the Liberty Theatre. The piece honors Morrill’s classmate, the late Timothy Pior, who died in March 2019 from flu complications.

“Hearing my music be transferred to other people and how they’re able to express it the way I want them to was humbling and amazing,” Morrill said.

Since “Hymn to the Rain” was performed, Morrill has worked with the symphony’s director, Cory Pederson, and her music teacher, Michael McClure, on other pieces. Other topics explored by her compositions include a piece in honor of her Jewish background and another for those affected by 9/11.

“I’m hoping to bring all of these things into college with me and implement them into my career. My main love is composing,” Morrill said. “One of my goals in the far future is to make film scores.”

Morrill plans on attending Western Oregon University in the fall to follow her dream and study music composition.

“I’ve learned to never give up on music. You might think that it’s something that’s not for you but music touches everybody in so many different ways,” Morrill said. “I’ve always worried that my music wasn’t good enough to be out in the world, then I realized it’s healing for people to hear music. If you have that gift, to write or make music in any sort of way, don’t hide it.”

Morrill regularly posts videos of her performing at facebook.com/morrillmusic116/.