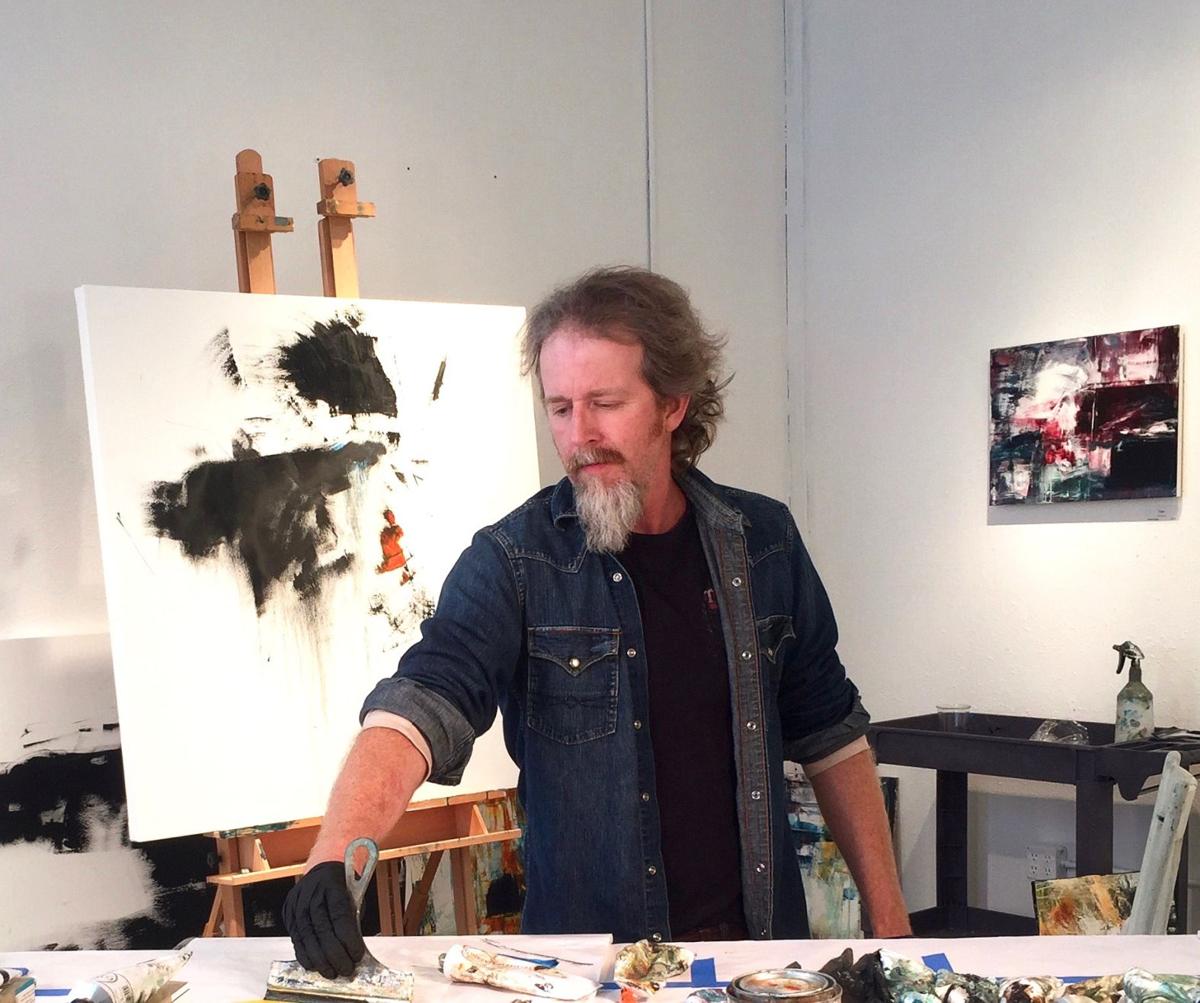 Darren Orange works in his studio overlooking the Columbia River. 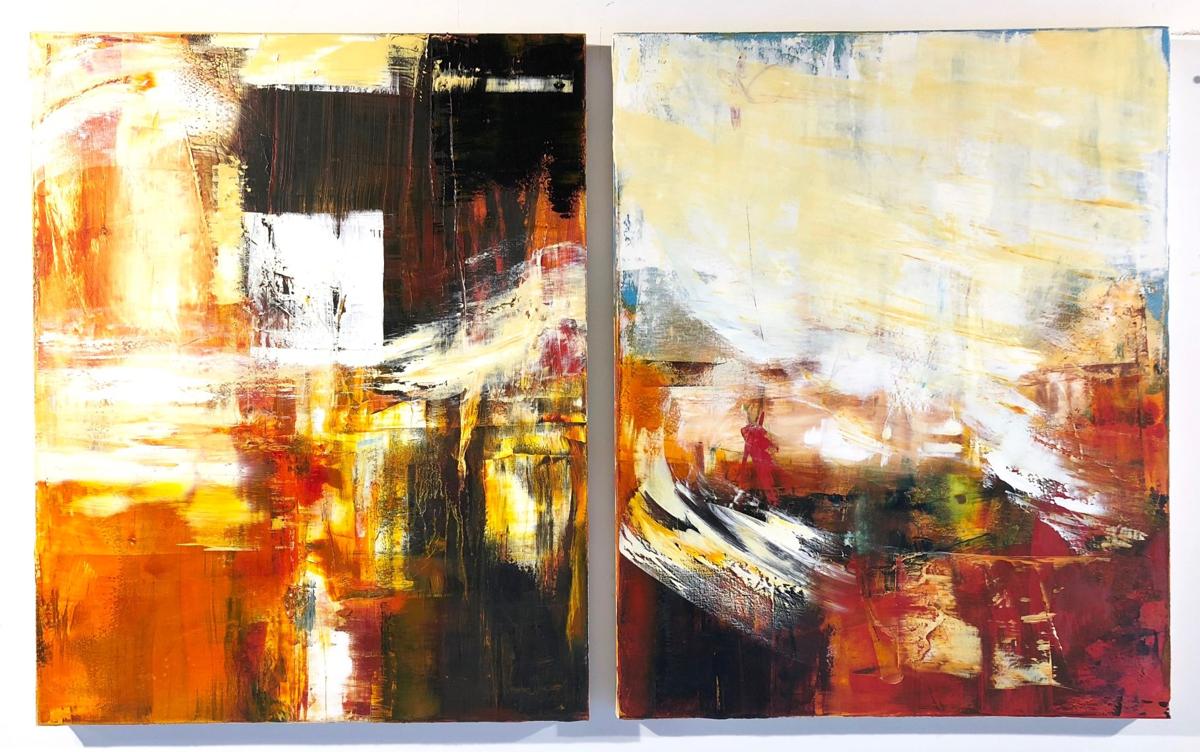 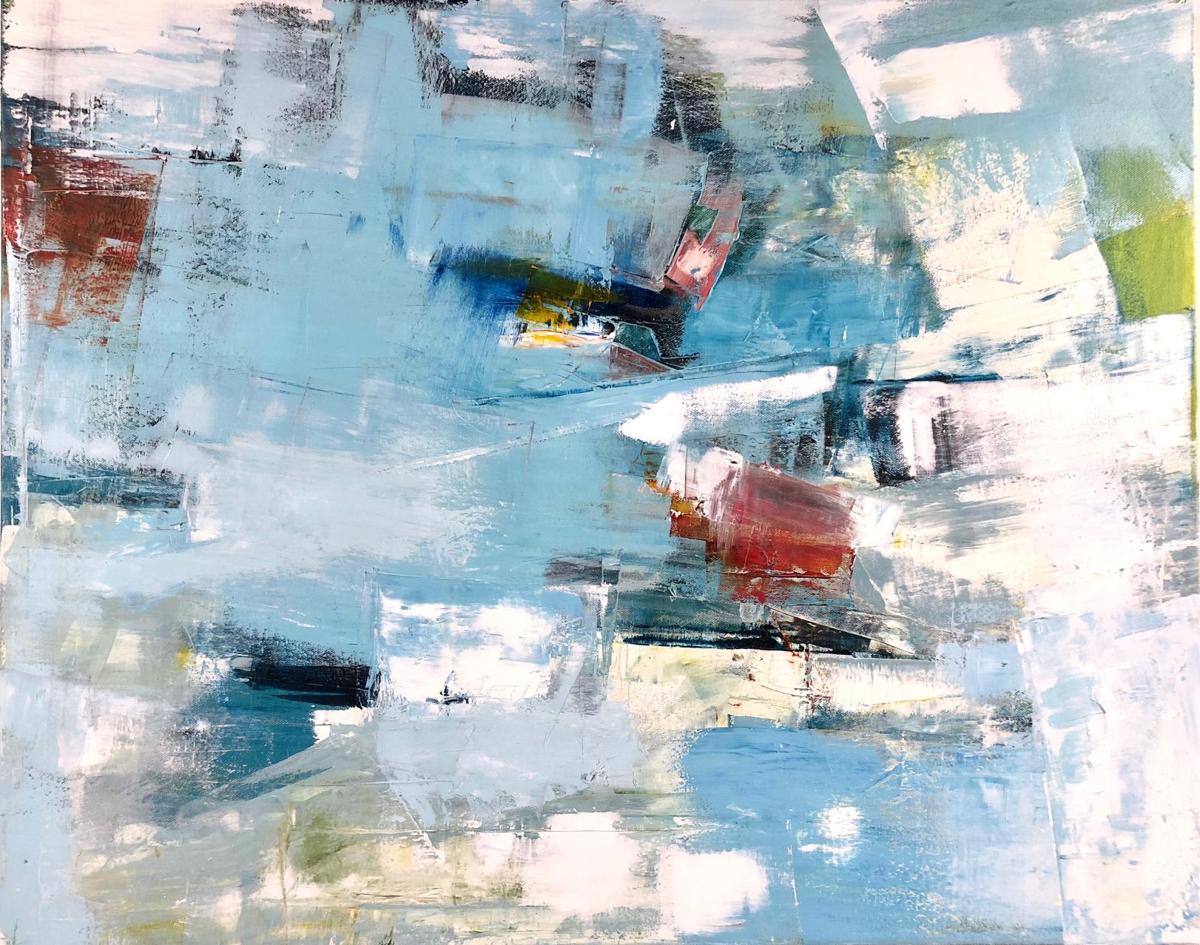 Darren Orange’s paintings include hints or references to the landscape of the northern Oregon coast.

Darren Orange works in his studio overlooking the Columbia River.

Darren Orange’s paintings include hints or references to the landscape of the northern Oregon coast.

For Darren Orange of Astoria, the landscape of the North Coast has been an ever-present muse throughout his 20-year career as an artist.

While Orange’s paintings are similar to abstract expressionism, they include references or hints to the landscape, atmosphere and architecture of Astoria and the region.

A collection of Orange’s work is on display in the governor’s office at the Capitol building in Salem, and continues to explore Orange’s relationship with the environment.

“The changing environment and harsh climate is attractive in a poetic way,” Orange said. “It seeps into the psyche, you can’t help but walk out the door in this area and see the vastness of space, sky and atmosphere.”

The current exhibition, called "Those Who Step Into The Same Rivers," will run until Jan. 21 at the Capitol.

The title is based on the thought experiment “The Ship of Theseus,” which questions whether an object remains the same object after all its parts have been replaced. Greek philosopher Heraclitus answered that a river continues to be the same river when its water is replaced by other water, just as a person who walks in the same river twice remains the same person.

The Oregon Arts Commission nominated Orange to show his work in this exhibition.

“It’s a real honor to be nominated, it’s quite an award,” Orange said.

Orange originally moved to the North Coast with two artists he went to school with at Western Washington University. The three started their own impromptu artist residency, painting and listening to music for about a year.

Now, he works at his own studio overlooking the Columbia River and is represented at Imogen Gallery in Astoria.

Teri Sund, owner of Imogen Gallery, said she’s known Orange since he arrived in the area and she enjoys working with him.

“It’s been exciting to watch his work develop and to see the attention he’s received,” Sund said. “All his work is impactful.”

Orange called his work a “manifestation of determination.” He doesn’t wait for inspiration to find him. Instead, he said he sets aside time to spend in the studio and finds inspiration through work. If he lets too much time pass between working, he says guilt builds up into a pressure cooker which drives him to go to the studio.

Orange said his artwork is all about the time and the process, not as much about the end result.

“The art is practice and it’s failure and putting in the time until you can learn from the failures to create something that is working in the direction you want to take it,” Orange said. He said it also takes determination to get his work out there for viewers to see.

Orange also owns a residential painting contracting business, which allows him the freedom to produce artwork without being financially dependent on the sales.

“I mark success not in sales but victories in the studio, research and development into new applications and techniques, and academic acknowledgement like this exhibition from the Oregon Arts Commission,” Orange said.

Community at his core

He’s also involved in the community, as he has served on the boards of directors for Astoria Visual Arts and The Liberty Theatre, has given presentations at schools and nonprofits throughout the region and has donated artwork to nonprofit auctions to support the arts.

Lisa Smith, president of the Astoria Visual Arts board of directors, said Orange gives his heart and soul to the community.

“Not only is he a hell of a painter, he is an excellent friend, a champion of the arts and artists and a very good man,” Smith said.

Smith said she’s known Orange since 2002, when she moved to Astoria and saw a charcoal drawing of the Peter Iredale at a local gallery. She bought it on the spot and decided to find the artist to thank him.

One of Smith’s favorite Darren Orange paintings is of a tanker battling a storm on the river. To her, it signifies fearlessness in response to a deadly threat, and it’s truly beautiful.

“His work is timeless, but riveted in place, specifically in the moody landscapes of the North Coast, the epic seascapes found at the confluence of the Columbia and Pacific, and the richly colored skyscapes of the dawns and dusks that break open over river and ocean,” Smith said.

For more information about Darren Orange, visit his website at darrenorange.com.

“It’s been exciting to watch his work develop and to see the attention he’s received. All his work is impactful.” — Teri Sund, owner of Imogen Gallery.

“His work is timeless, but riveted in place, specifically in the moody landscapes of the North Coast." — Lisa Smith, president of the Astoria Visual Arts board.