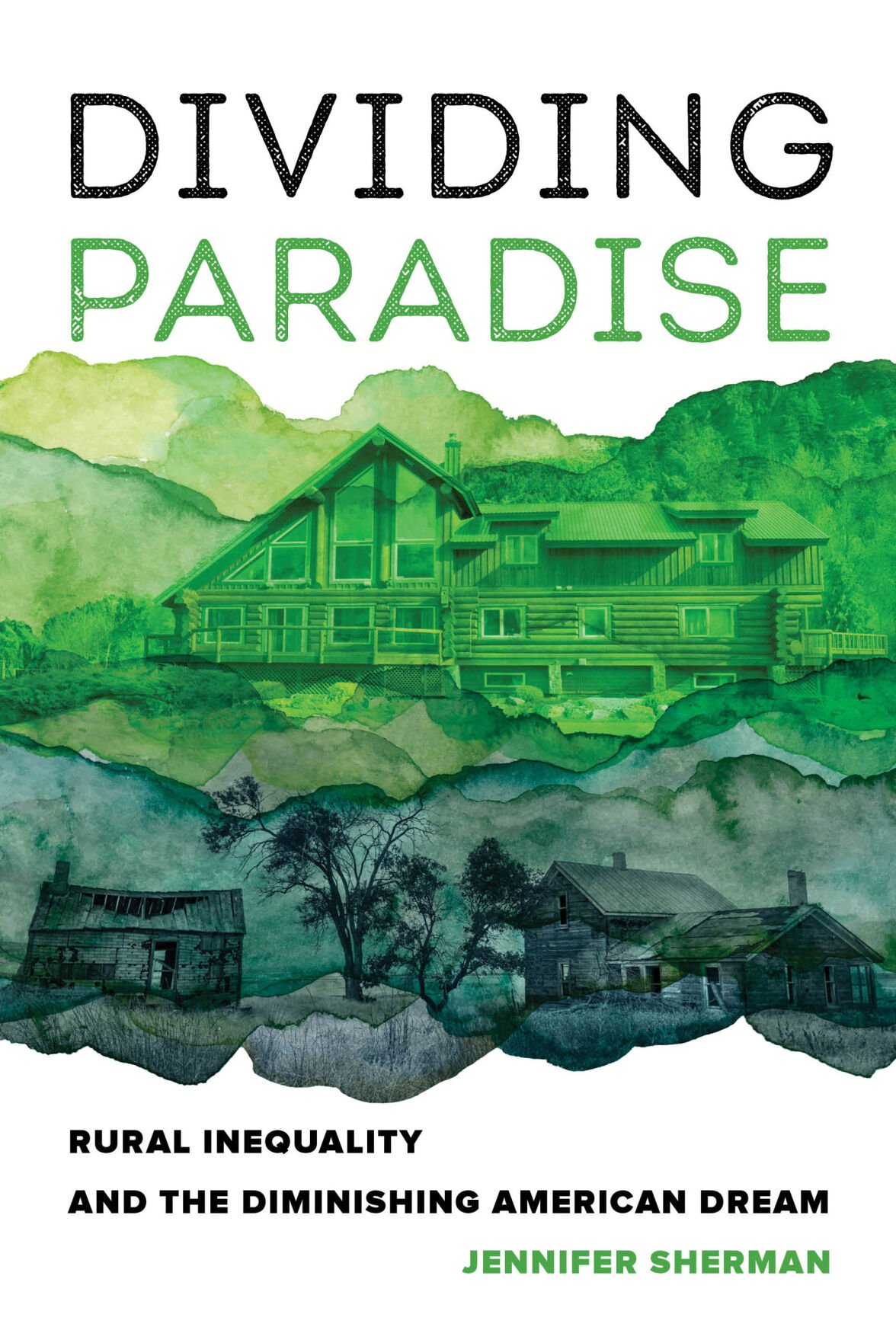 The front cover of ‘Dividing Paradise.’ 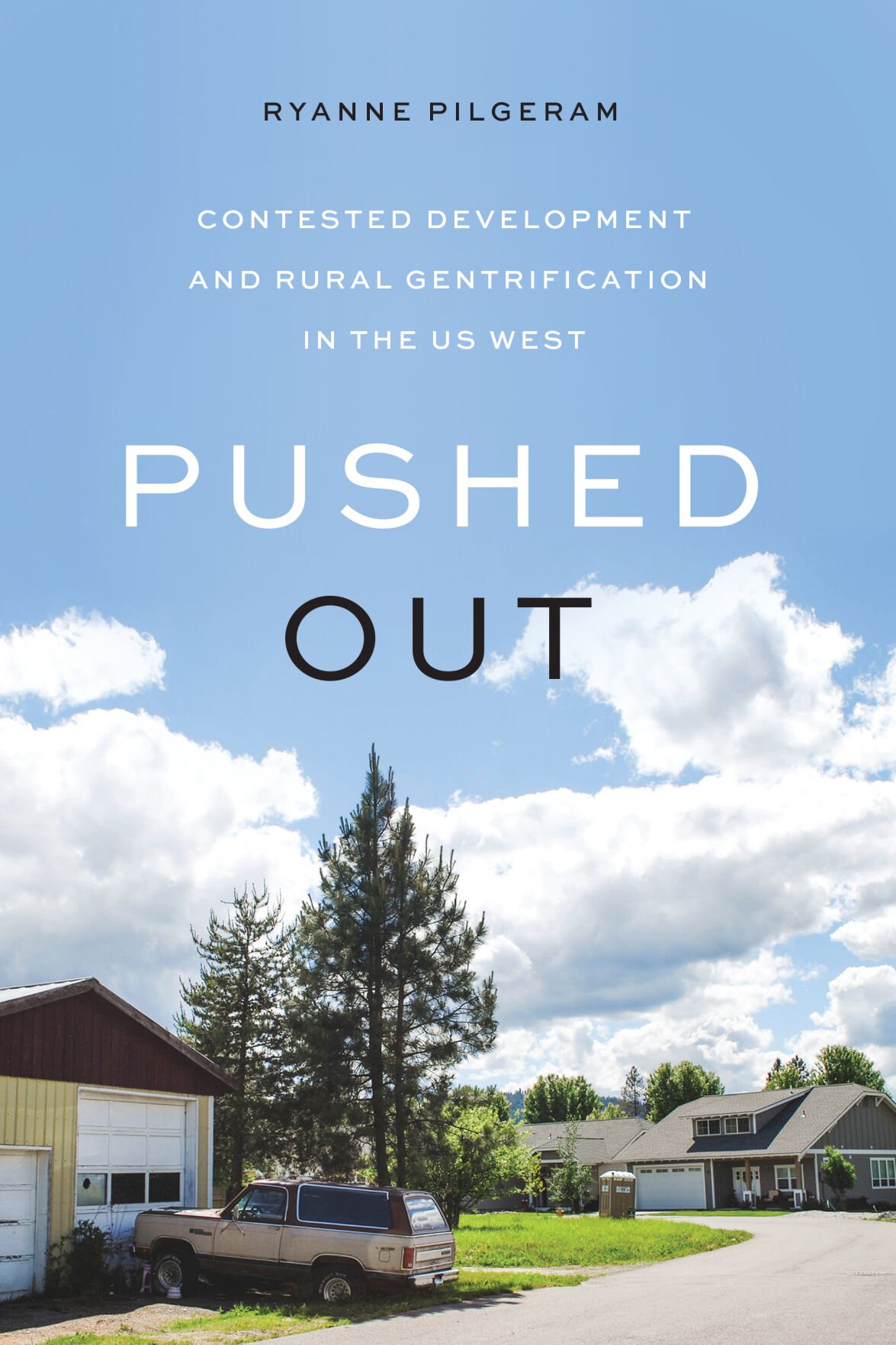 The front cover of ‘Pushed Out.’

The books come from two sociology professors at neighboring universities — Jennifer Sherman at Washington State University and Ryanne Pilgeram at the University of Idaho.

In “Dividing Paradise,” Sherman tells the story of a long mountain valley in the shadow of Mount Rainier that is home to four small towns. In keeping with professional sociology standards, Sherman uses pseudonyms for all of the individuals she interviewed in the study — and in this case, also extends that practice to the community names.

The first white settlers came to “Paradise Valley” over a century ago to make a living in land-based or extractive industries. But in more recent decades, as those activities declined in profitability, locals increasingly have engaged in amenity-driven economic growth — provisioning the leisure class that comes to the mountains in search of recreation and relaxation.

This has resulted in a split community of old-timers and newcomers — with starkly different sets of values, skills and expectations. Those who exert privilege are blind to it and those who are forced to serve privilege are resentful of it. The social divide is growing in these small towns and, after embedding in the community for the better part of a year, Sherman captured the underpinnings of the polarization that is taking place — not just in the valley, but in the nation overall.

Her Idaho colleague, Pilgeram, arrives at similar findings in her new book, “Pushed Out.”

Pilgeram goes back to the little town where she grew up. For much of the 20th century, Dover, Idaho, relied on the local timber mill as its chief employer. But when the mill shut down in 1989, there was no economic engine to replace it. The townsfolk further came to realize that the mill owners shirked their responsibility for an infrastructure that they’d all depended on.

The town’s only salvation appeared to be the development of the former mill land into a planned community featuring picket fences and fancy streetlights for city folks seeking a vacation home.

But the result was higher taxes and more stress for the original townsfolk.

In clean and engaging prose, Pilgeram describes the heartache of a disenfranchised population, while also delivering a tough scholarly analysis: “What happened in Dover is not an aberration but rather the product of a capitalist system reorganizing its exploitation of human and natural resources.”

And now the coronavirus pandemic has only hastened rural gentrification, as city-dwellers flee to bucolic surroundings.

These two books take a hard look at an overall system that rewards privilege at the cost of diminishing others. Both Sherman and Pilgeram demonstrate that this system is not inevitable but merely a human construct, with flaws that could be corrected.

But that would have to begin with people acknowledging one another’s humanity.

The Bookmonger is Barbara Lloyd McMichael, who writes this weekly column focusing on the books, authors and publishers of the Pacific Northwest. Contact her at barbaralmcm@gmail.com.

'Pushed Out' by Ryanne Pilgeram