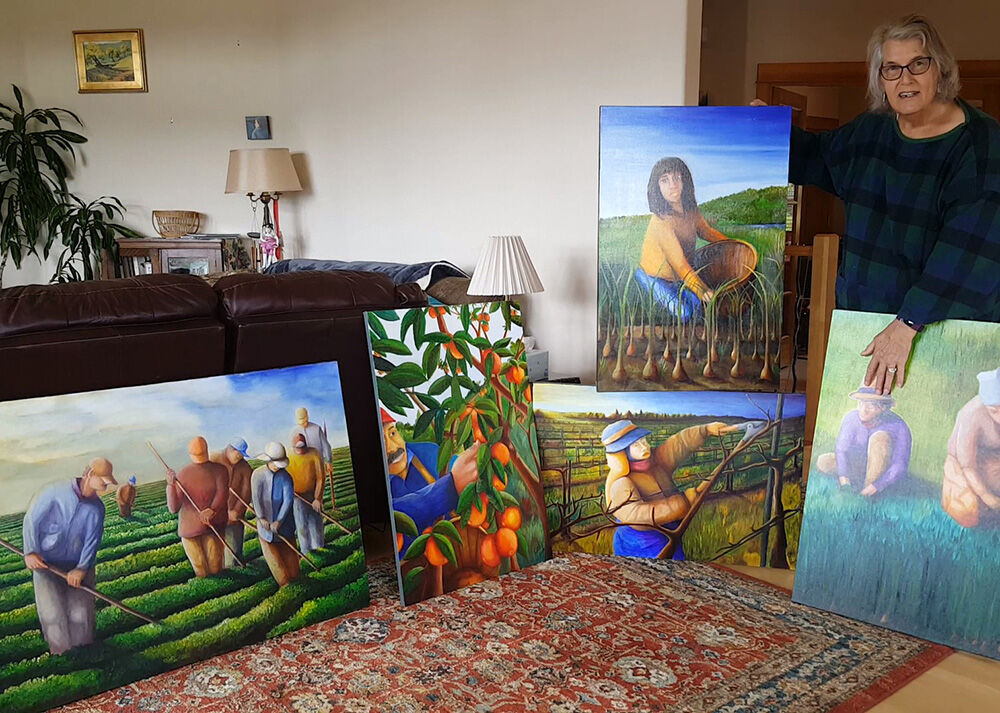 Jane Adams stands with many of her oil paintings. 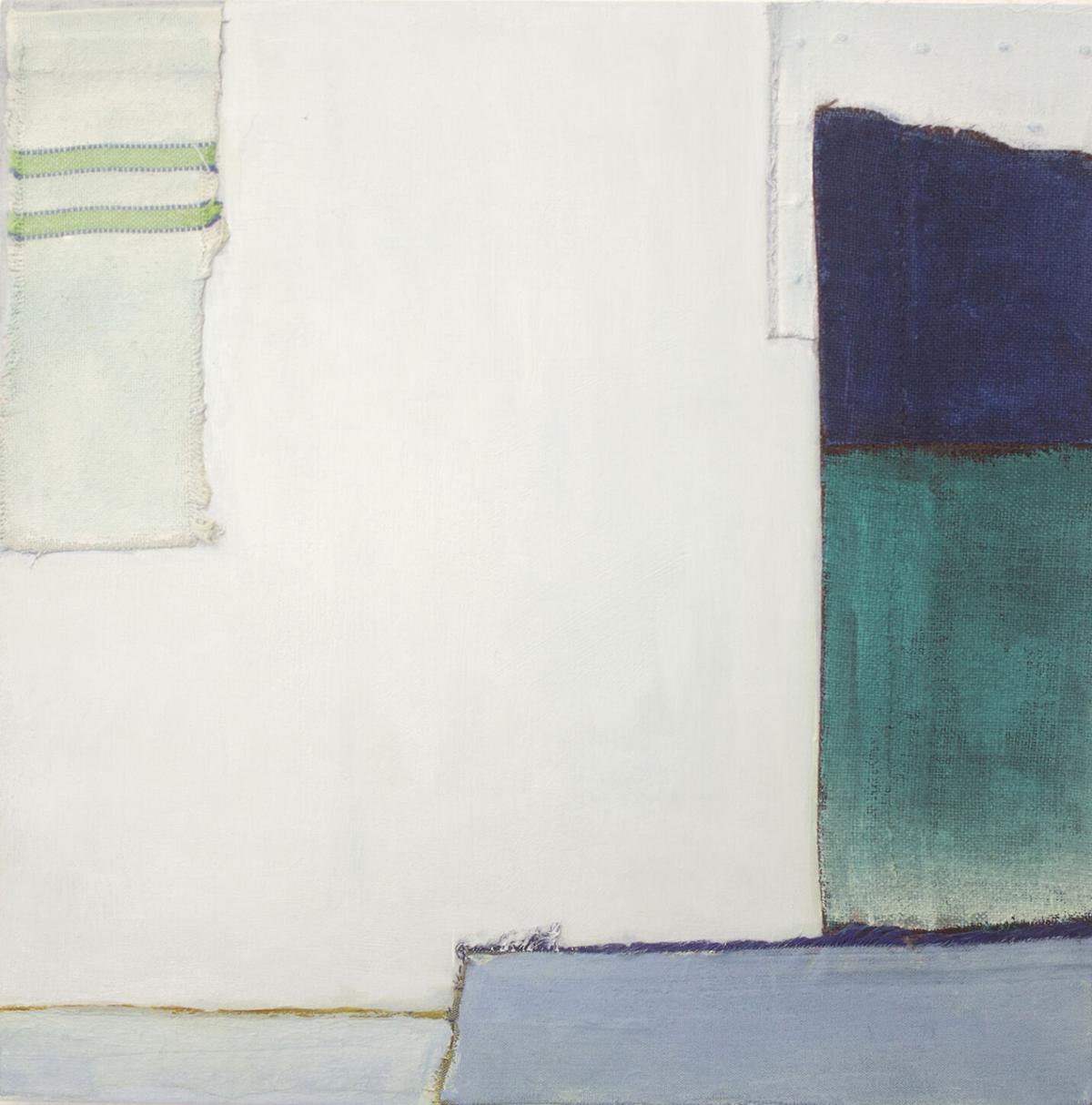 A painting by Kate Speranza. 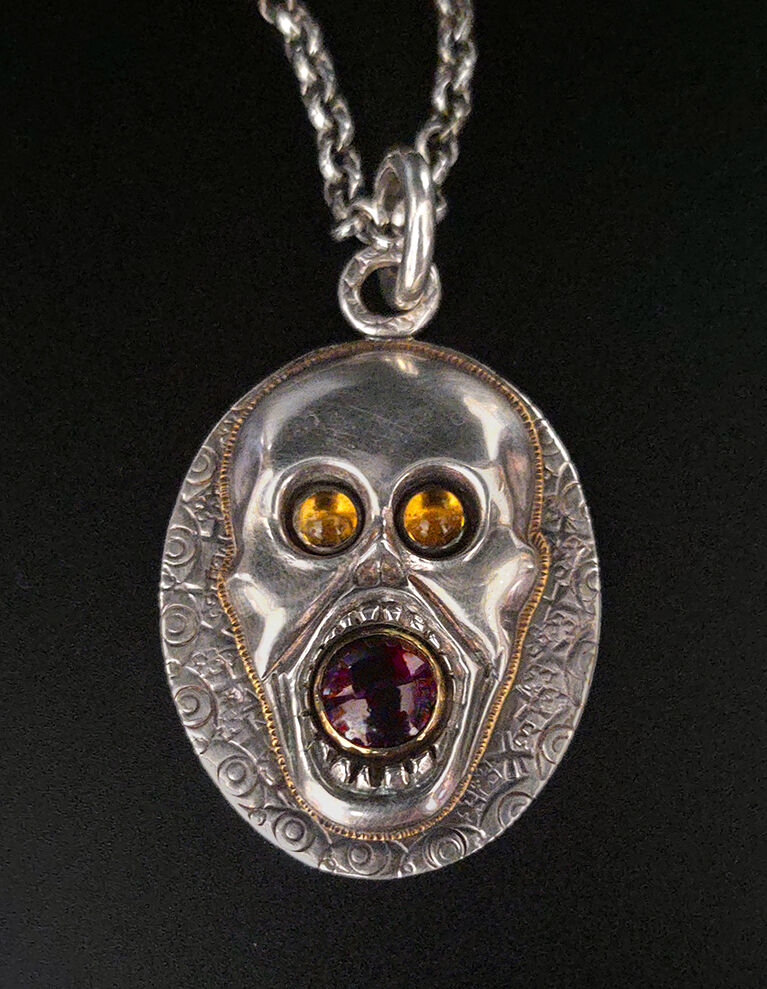 A skull pendant by Tabor Porter.

Jane Adams stands with many of her oil paintings.

A painting by Kate Speranza.

A skull pendant by Tabor Porter.

The tour is being held virtually through Sunday on Astoria Visual Arts’ website, astoriavisualarts.org. In past years, the tour typically brought together about 50 regional artists who opened their studios to visitors.

About 20 artists are participating in the exhibit. Videos and photos are being used to imitate the experience of visiting different artists during the tour.

The videos act as an open-studio tour and allow viewers to get to know the artists through their work and techniques.

The virtual format brought out a crowd of artists that have never participated in the tours before, Eskelin said.

Some of the artists’s work is also being shown in a large group exhibit at the Astoria Visual Arts gallery.

Astoria artist Kate Speranza is one of many first-time artists in the show. Speranza is a mixed media artist focused on jewelry making, painting and sculpting. Speranza was recently awarded a $1,500 Oregon Arts Commission grant to support her residency at Arteles Creative Center in Finland.

Speranza reflects on her recent journey to Finland and her artistic process in her video.

Jane Adams, an oil painter, is also new to the open studio tour. Part of Adams’ recent series on migrant workers will be shown alongside her landscape paintings.

Adams lived many lives before becoming a painter. After serving in Vietnam, working as an engineer for 25 years and returning to school for a master’s degree in social work and psychology to become a therapist, Adams found peace in painting.

Adams hopes to see the art community in Astoria be embraced and grow to its full potential.

The tour also brings viewers into the home and studio of Tabor Porter, a whimsical metalsmith. Porter spent most of his artistic life in Portland selling his jewelry at The Real Mother Goose before moving to Astoria.

Porter makes one-of-a-kind jewelry. Each piece is a combination of symbols, various materials and uniquely found objects that are meant to project ideas and beliefs.

“As an artist, I explore to heal myself. In the process I hope to connect with others,” Porter said.

Porter attended the Oregon College of Art and Craft, and spent time working with Fred Woell, whose work is preserved in the Smithsonian American Art Museum. Porter refers to him as the “father or jewelry.”

The event wouldn’t be complete without AVA’s returning artists such as Robert Paulmenn, a painter who has participated in the tour for six years.

“Technology has given everyone instant gratification. The open studio experience gives the visitor a glimpse into what we do to make our art and hopefully understand that there is a lifetime of thought and work behind each painting and drawing,” Paulmenn said.