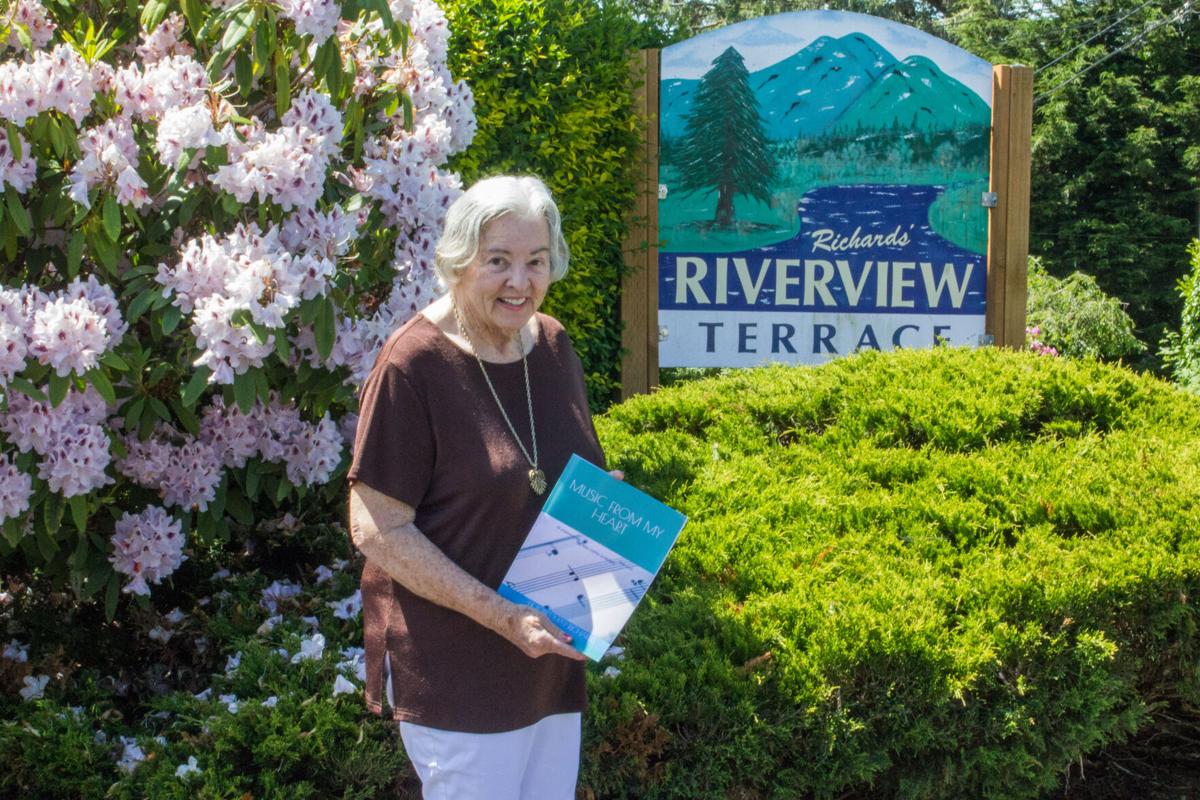 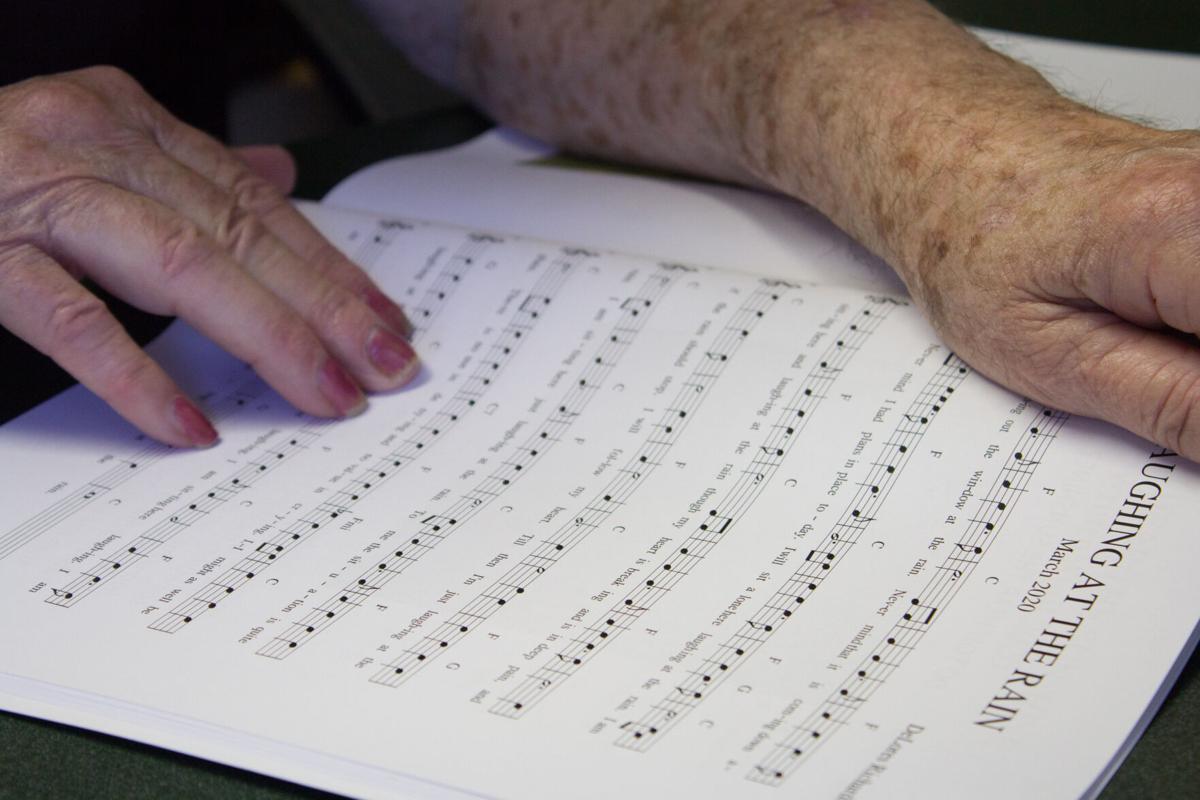 A page from the book. 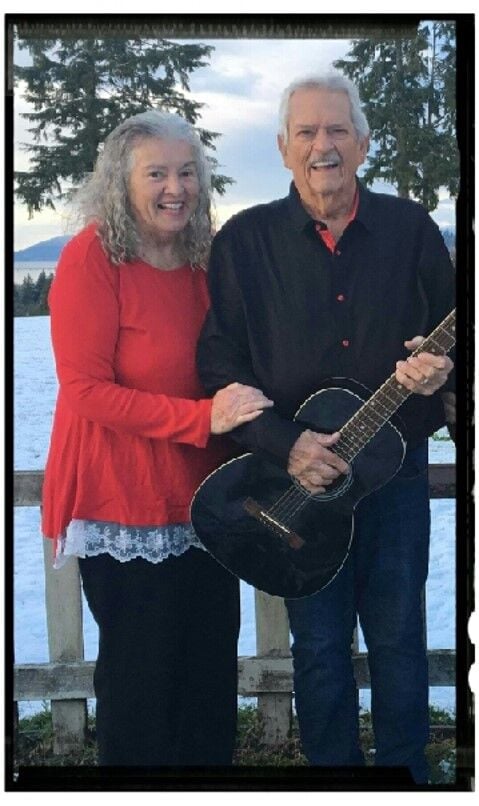 DeLores May Richards and Ken Richards. 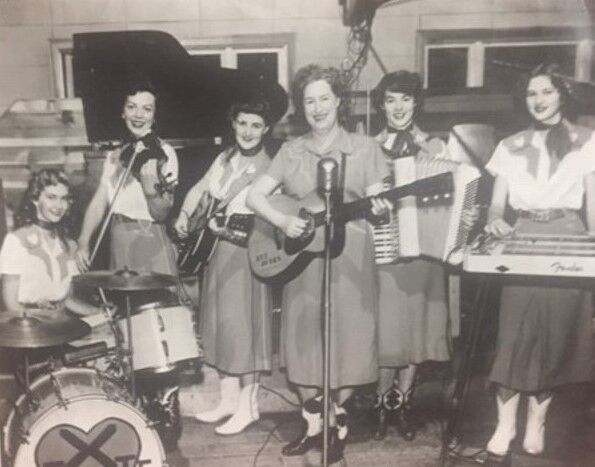 Ann Jones and Her Western Sweethearts.

Astoria resident DeLores May Richards puts a special spin on biographies with her new book, “Music From My Heart.”

The memoir-style music book pairs stories about Richards’ life with 55 original songs she composed. Through her musical pieces and their short, complimentary back stories, Richards, 86, shares her memories about marriage, motherhood and faith.

“This is more or less for the family but anyone who knows music will look at it from a different side. They’ll be playing the music,” Richards said.

Most of the songs are written in a classical, western or hymn style, though Richards includes pieces she wrote while exploring Irish folk and rock music. Some pieces include original lyrics, while others are instrumental.

“I’ve got all kinds of music in here,” Richards said.

Each song includes an introductory biographical story explaining the origins or inspiration for the song — and providing a glimpse into Richards’ personal life. She does not avoid sharing intimate thoughts on her family members’ lives or her religion.

“(I thought) the kids would really love that because they have their pictures in there, the family history and my songs,” Richards said, joking that her living family members, including her children, are “dealing with” being featured in the book.

The book begins with the first song Richards wrote as an adult, “My Heart’s a Marching Fool.” The “silly song” dates back to 1955, the year she met her husband, Ken.

At the time, she was a 19-year-old musician touring with an all-girl band called “Ann Jones and Her Western Sweethearts.” Ken Richards went to see the show at a dance hall in Carlsbad, New Mexico. The two instantly hit it off. It didn’t hurt that Ken, too, loved music; he sang and played trombone.

“He was kind of a groupie,” Richards joked.

The pair courted each other by letter as Richards continued her tour. Although the band mostly played at dance halls and bars in the Western U.S., they also performed shows in Canada, Japan and Mexico.

The couple married in 1956 and raised four children, all of whom shared their love for music.

“Music was what we did for fun. It wasn’t a job,” Richards said. “And we raised the kids with that kind of love. They all took band and they all sang. Still do.”

The couple founded KD Properties in Astoria and they built their careers as property managers. But music never left their lives. Outside of work, they found time to play songs with their children, often volunteering to perform at local assisted living homes for seniors.

Equally important to Richards’ life was her faith. A lifelong Christian, Richards said she finds plenty of musical inspiration in her walk with God. Several of the songs she included in the book reflect that.

“(In) 1977 I thought that God was out there. By 2005 I had grown in my spiritual life to discover that His hand was indeed guiding my every move,” Richards wrote in the intro to her song, “His Hand is Leading Me.”

“Music From My Heart” is Richards’ first book but she’s already working on three other books, including a second collection of music, an anthology of her great-grandfather’s poems and a mystery novel set at her daughter Diana’s Astoria butcher shop, Gulley’s Butcher Shop. The latter is on track to publish by June 30.

Richards said she’s always been interested in writing but she never felt able to actually publish until now.

“I’ve been wanting to get my music down in some kind of book but I just didn’t have the time,” Richards said.

Like it did for many budding authors, the COVID-19 pandemic created an opportunity to write and self-publish for Richards. As the world closed up and slowed down, she was able to finally put pen to paper, she said.

The pandemic also inspired the book’s subtitle, “Mid COVID-19 Drama,” and several of Richards’ more recent compositions. The dedication includes a note thanking her family for “their assistance and patience” during the pandemic.

“We all really missed playing music together,” Richards said.

Where to buy the book

'Music From My Heart' by DeLores May Richards