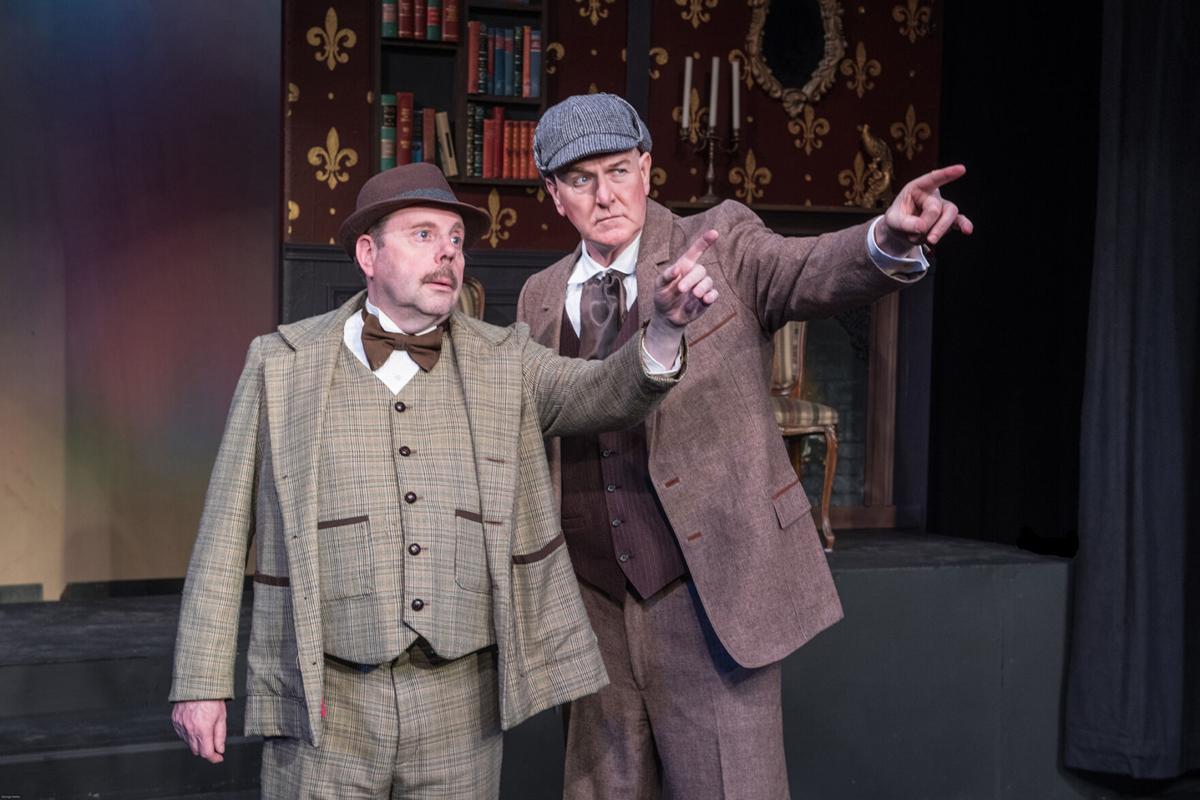 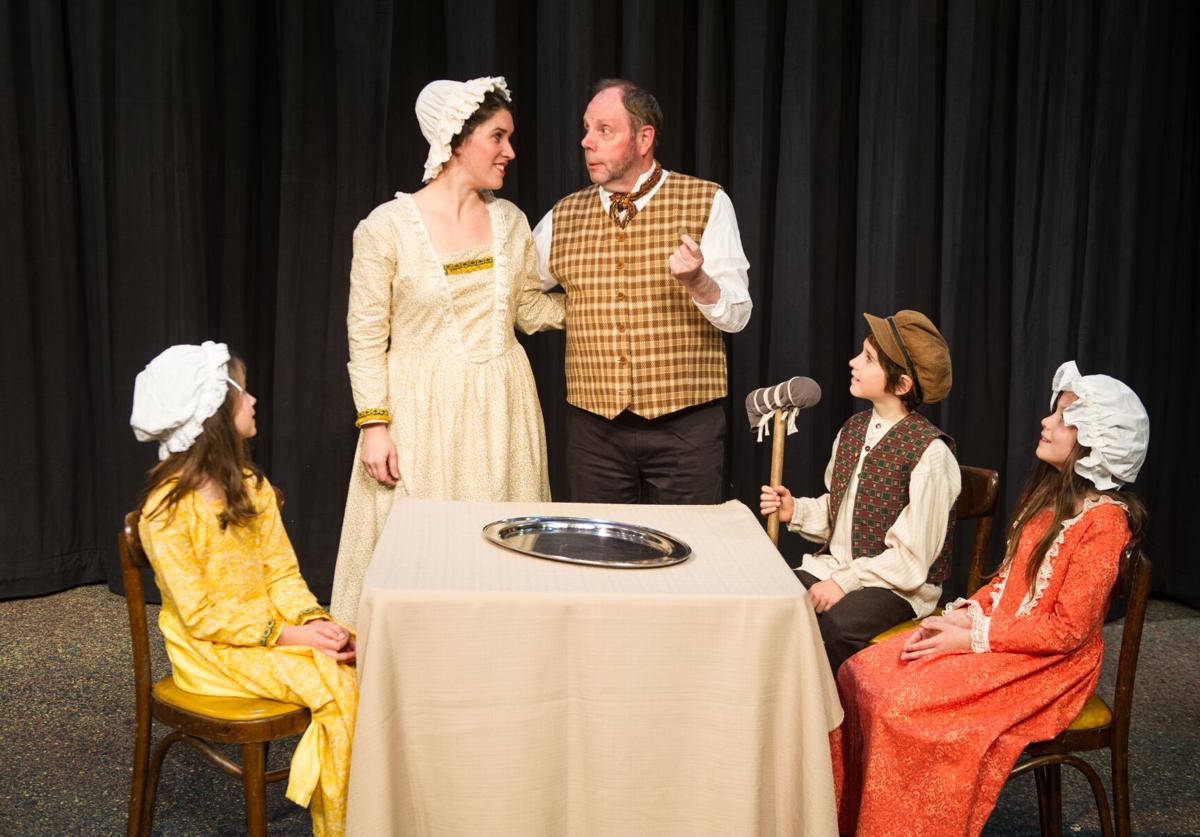 David Sweeney played Bob Cratchit in the Coaster Theatre Playhouse’s production of ‘A Christmas Carol: The Musical’ in 2017. 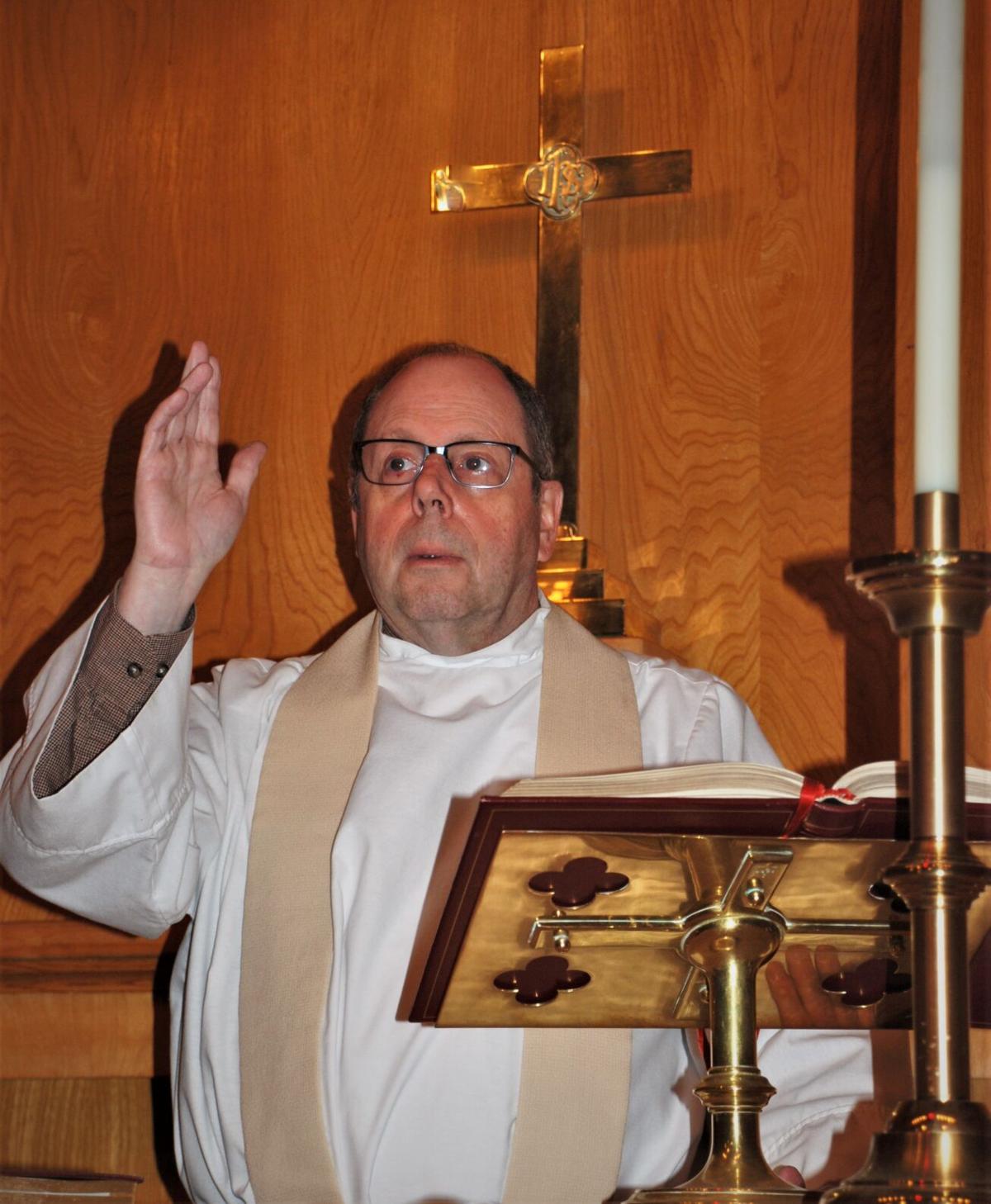 David Sweeney’s full-time role is as pastor of the Seaside Episcopal Church. Many in his congregation attend his performances at the Coaster Theatre Playhouse. 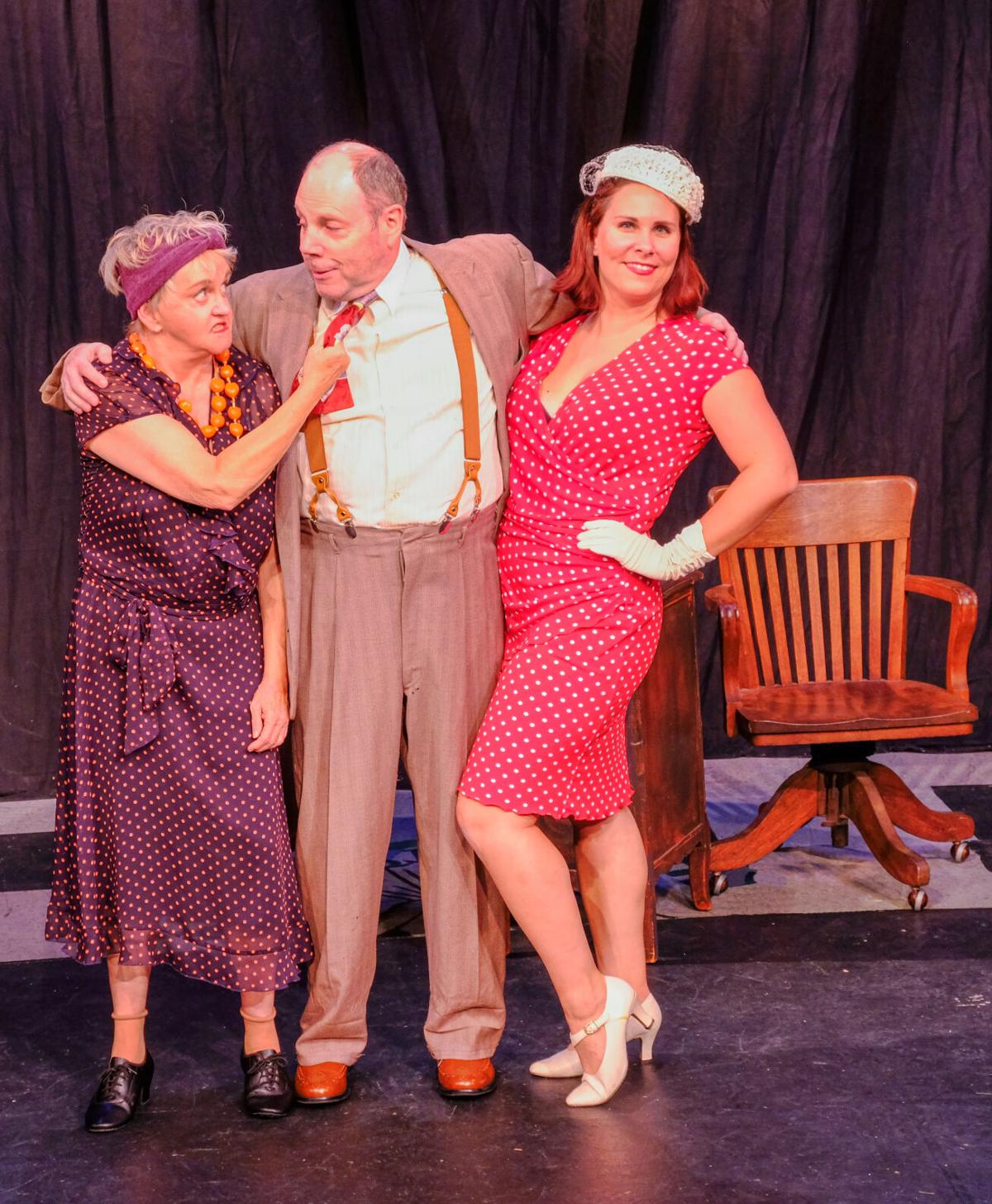 Actors Cathey Ryan, left, and Katherine Lacaze flank David Sweeney in a scene from ‘Annie’ in 2019.

He once was a frenetic Roman slave, a grumpy old man and a robust Irish cop — each at a different point in his life.

Within 20 years, David Sweeney has played at least 60 roles at the Coaster Theatre Playhouse. But offstage, he takes on a different role: pastor of Seaside Episcopal Church.

“I’m able to maintain a separation between the two worlds,” Sweeney said. “But it’s still me. At some level, the character is coming out of the same person as the fellow in the pulpit on Sunday morning.”

As a child, Sweeney participated in middle school and high school plays in McHenry, Illinois. At Northwestern University, he earned a degree in speech education — combining theater, public speaking and interpretation of literature. After ordination, he acted in community theater in North Carolina and on the southern Oregon Coast, where he served at churches in Port Orford and Bandon.

Because his move to Seaside brought him to the area where his father grew up, Sweeney was naturally drawn to Coaster Theatre, he said.

“I’m not a skilled writer of fiction, and I’m not a particularly adept playwright, so (I like) the interpretive side of it as an actor, making choices with the help of a director and cast mates,” Sweeney said. “It’s fun. It’s a challenge.”

The challenge comes in finding his character’s personality and significant moments in the story. Sweeney doesn’t follow method acting but he uses experiences from his life to develop his characters.

Those characters included Rooster, a scam artist in “Annie,” Dr. Watson in “Baskerville” and the comedic Hystereum, a Roman slave in “A Funny Thing Happened On the Way to the Forum,” one of his favorite roles. Sweeney will reprise his role as Bob Cratchit, Scrooge’s assistant, in the Coaster’s Dickens Play Project, to be offered on Zoom Dec. 20, 22 and 24.

“He’s a very talented actor. He’s just a natural,” said Patrick Lathrop, the theater’s executive director. “He can play all sorts of different characters. He can be a gnarly, snarly character and he can be sweet as pie. He’s very good with accents and hearing the rhythms of various speech patterns. He’s a delight to work with.”

But one role Sweeney doesn’t see himself playing is Tevye, the father in “Fiddler on the Roof.” He decided that during an audition several years ago.

“The mix of things that Tevye embodies I didn’t see myself doing,” Sweeney said, referring to Tevye’s abrupt angry outbursts. “I don’t tend to be an angry person ... and that would have been difficult to dredge up.”

From playhouse to pastor

“I’m sure sometimes I preach things in my sermons to some extent based on my experiences at the Coaster,” he said. “Anything in your life can become gist for the mill. But I’m not sure how much each influences the other.”

Many in Sweeney’s congregation attend his theatrical performances.

“We did ‘Enchanted April,’ and there’s a moment that is sort of startling to people,” Sweeney said. “I saw somebody about a week after she had seen it, and she looked at me with this interesting, intent look and said, ‘Good play.’ ... I think one of the reasons the congregation enjoys that I do this is to see me in different ways. Different shows bring out different flecks in me.”