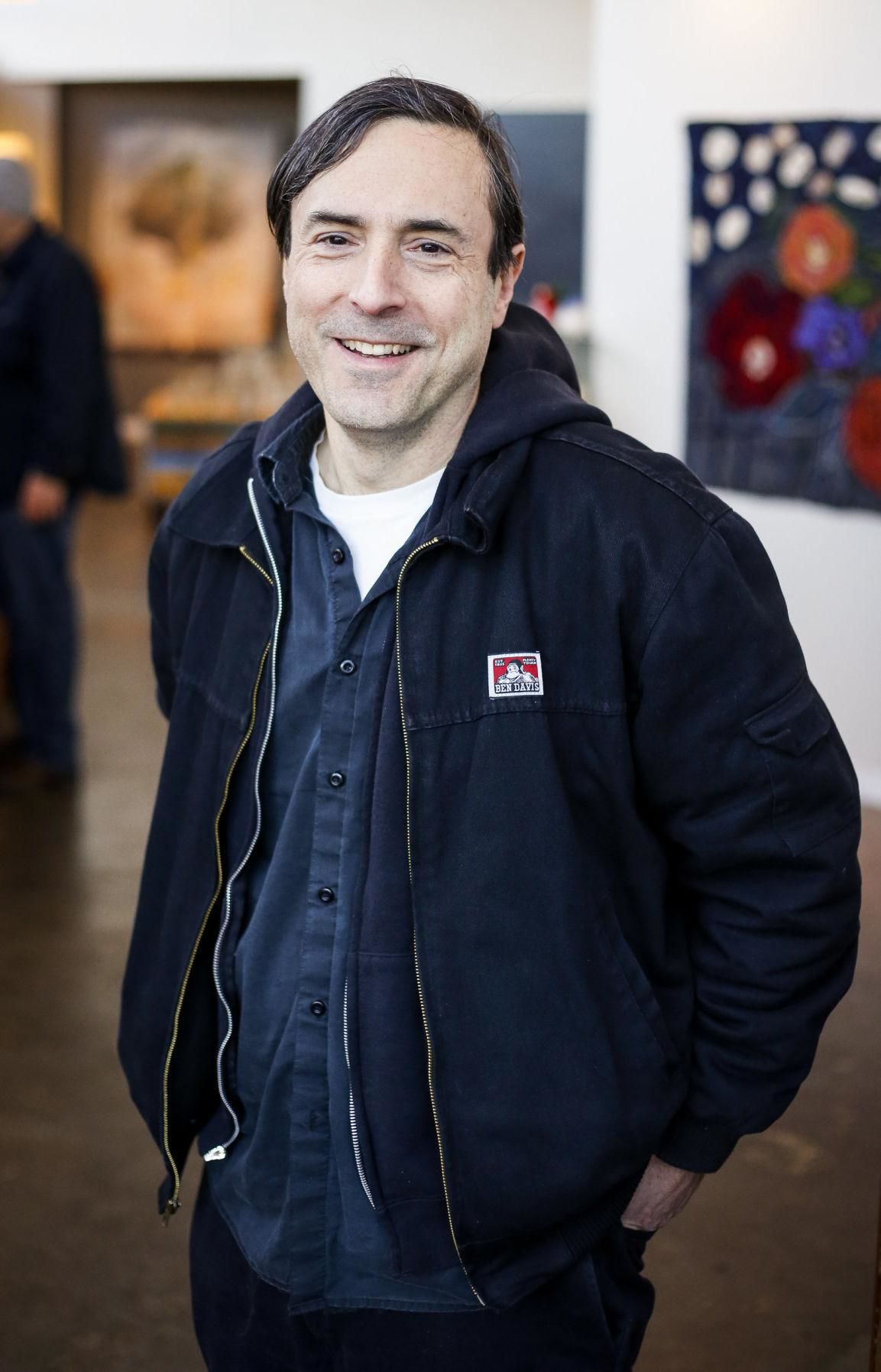 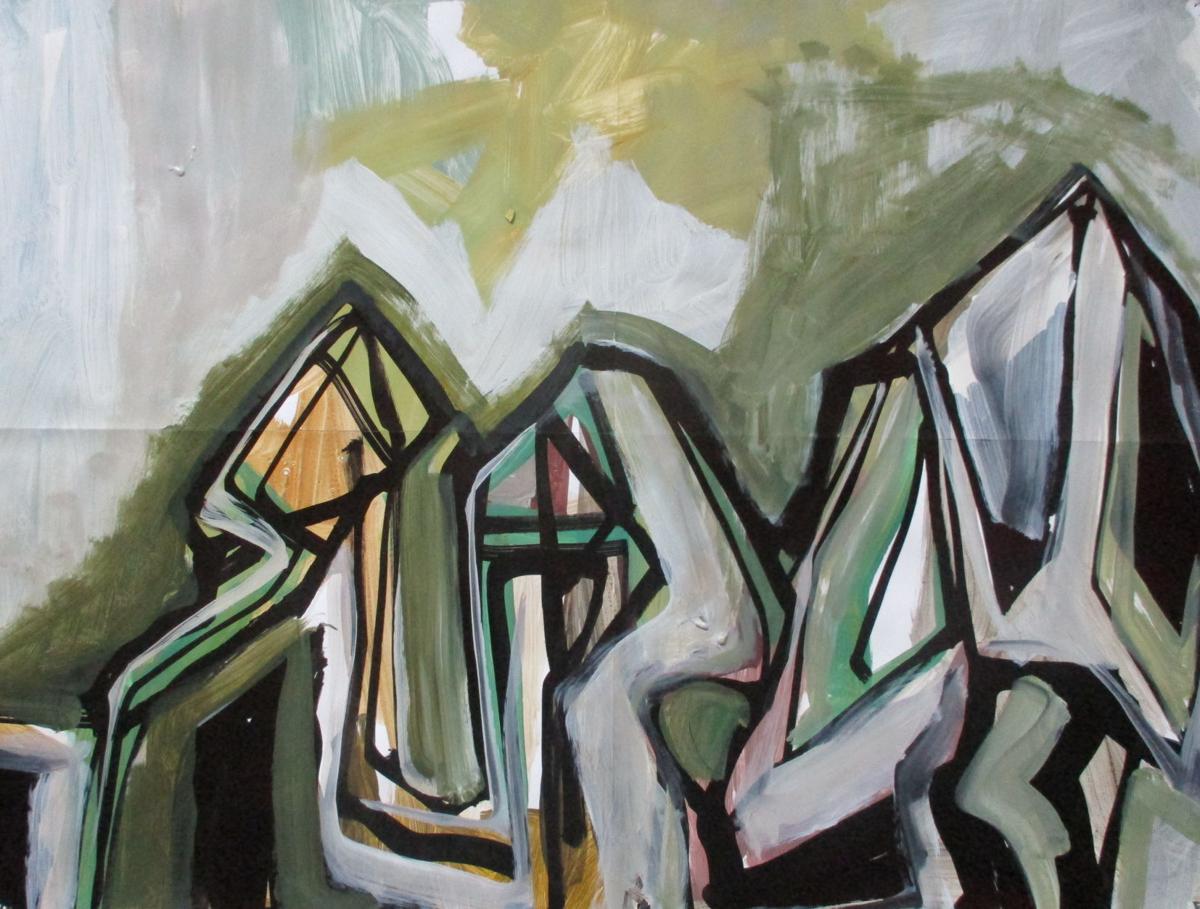 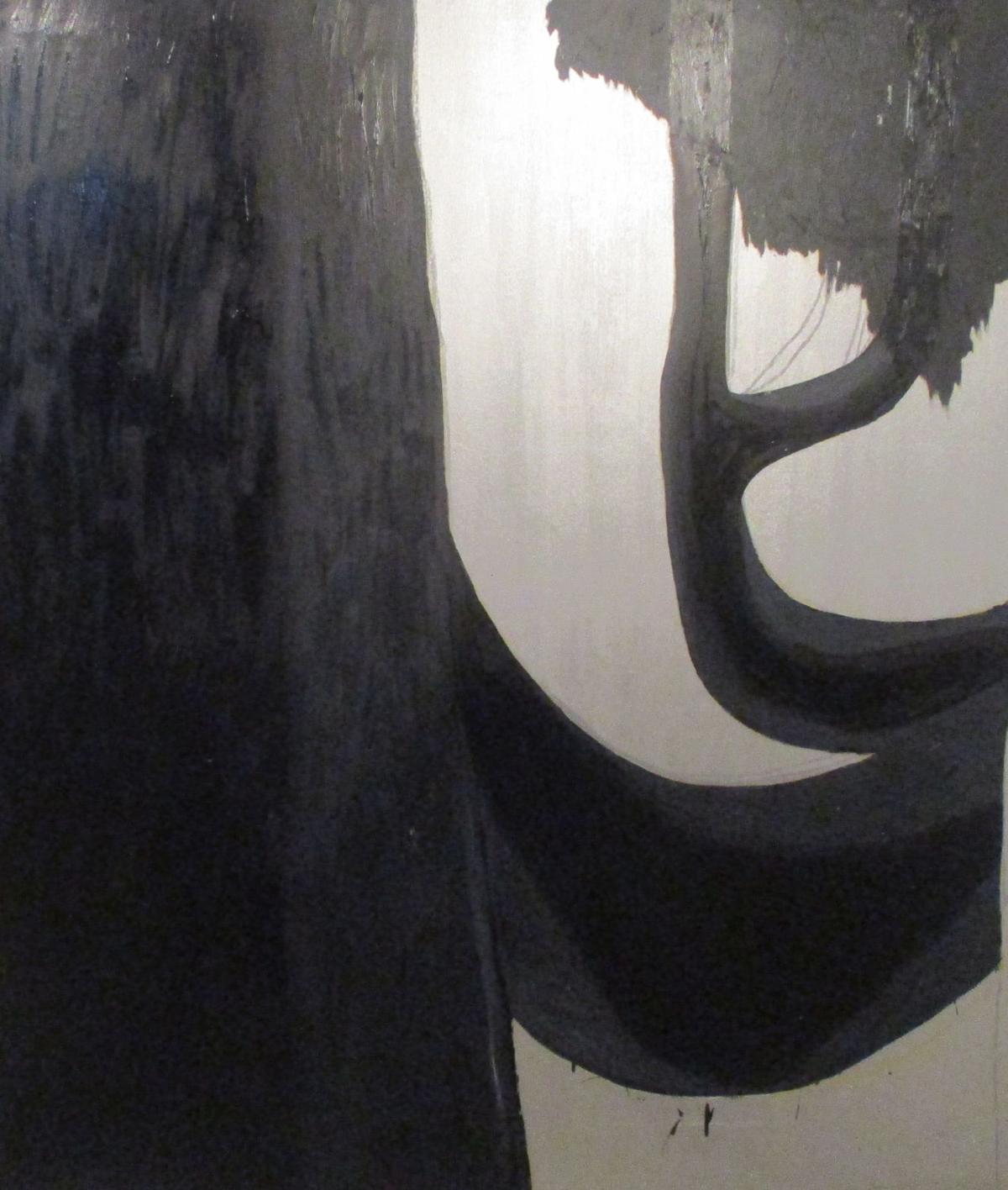 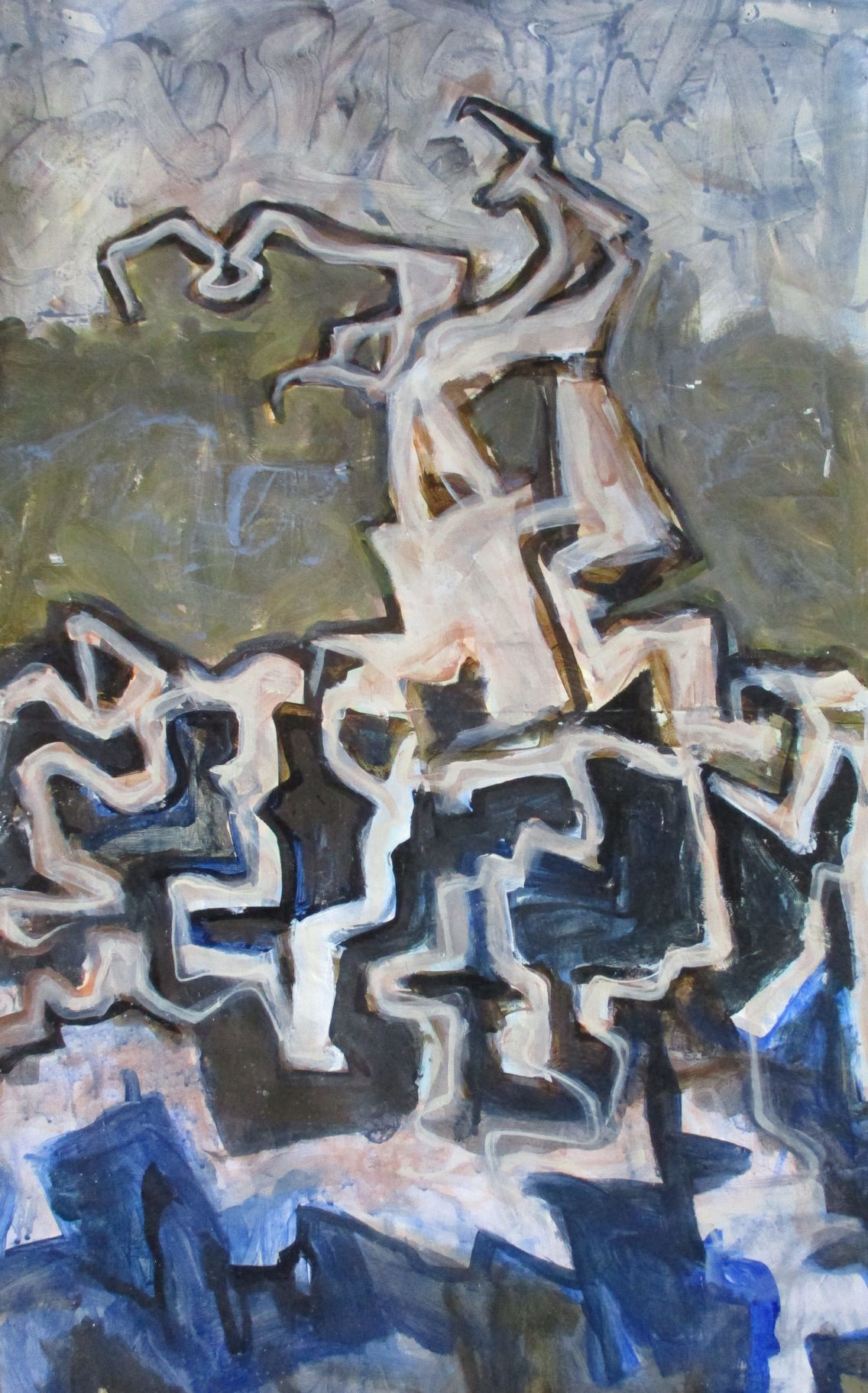 The theme of Roger Hayes’ fourth solo exhibition at Imogen Gallery is “Pacific Northwest Trees,” but over time, the 57-year-old multimedia artist’s interest in the local landscape has transcended the natural and delved into the social and political as well.

When it comes to his work with vulnerable populations and his art, he says it’s impossible to “separate one from another.”

Hayes, who grew up in Detroit, has been painting since 1978, although he has “emerged and disappeared many times,” he said. In the mid-80s, his art was primarily political, the type “that hits you over the head.” From there, he engaged the abstract style of the international Neo-Expressionist movement. Now, he finds himself taking an interest in his natural environment and returning to “representational art sans all the bombast.”

Most of the 12 oil and acrylic paintings included in his current show — which opened Jan. 11 during Astoria Second Saturday Artwalk and is on display through Feb. 4 — were created on location. As Hayes states in a press release from Imogen Gallery, trees are linked in “complex networks with other organisms and form colonies,” yet an image persists “of the weather distraught solitary tree on a perch, withstanding millennia of solitude.”

A citywide view of homelessness

Although Hayes is an established artist in the community, having been involved with Astoria Visual Arts for about 20 years, he has simultaneously pursued other professions. He currently serves as a chef at the Astoria Senior Center.

Prior to that, Hayes worked at Clatsop Behavioral Healthcare for 16 years fulfilling a variety of roles, from residential aid and case manager to a drug and alcohol counselor. With no formal education in counseling or behavioral sciences, he found “a good opportunity to learn in the field.”

In this capacity, he was spurred to more closely examine homelessness on the North Coast and the systemic issues that contribute to its pervasive nature. A couple years ago, he began interviewing social service providers and members of the homeless population on the streets of Astoria, Seaside, Warrenton and Cannon Beach for a series called City Wide.

“To me, it was just a natural extension,” Hayes said, adding he already had established relationships with members of that community. He originally intended to develop a film, his “love song to Astoria” that would document a moment of time for the rapidly changing city, but the scope of the project expanded, he said. Eventually, he accumulated more than 100 individual interviews, driven in part by his innate belief that it could produce change.

Some of his footage is incorporated on the website of Friends of the Unsheltered, a nonprofit organization whose mission is to provide valuable research and resources to bridge the gap between local government and the homeless population in Clatsop County. It also can be found on his YouTube channel, Loop Based Zero. His interviews lend multiple faces and voices to the occasionally ambiguous concepts of helping the homeless and addressing the myriad circumstances contributing to the problem with tangible solutions.

Hayes doesn’t consider the project complete, but there came a point where he needed to step away. Anytime people interact with others in a raw, vulnerable way, he said, “There’s a lot of transference, you engage in their lives emotionally.”

“To stay sane, you have to be able to turn things off, there’s just too much stimulus,” he said.

Throughout the project, as Hayes was able to successfully integrate himself with transient citizens, he recognized many community members want to do something, but they don’t know what. His solution is to talk directly with people affected by homelessness to discover what they need.

As with any relationship, he added, “you’ve got to ask questions — you can’t just assume things.”