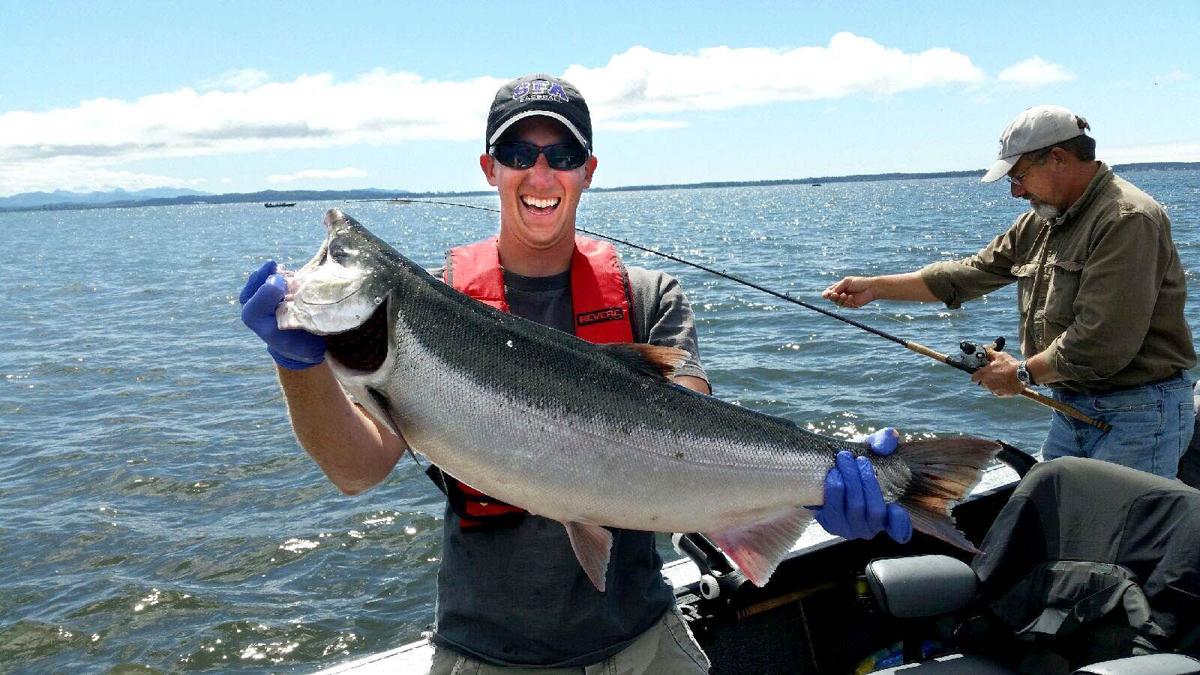 Jared Hawthorne shows off a 16-pound coho caught during a 2014 Buoy 10 fishing trip.

Fisheries managers are warning of an expected low return of coho salmon this year.

Jared Hawthorne shows off a 16-pound coho caught during a 2014 Buoy 10 fishing trip.

Fisheries managers are warning of an expected low return of coho salmon this year.

1. Oncorhynchus kisutch: a relatively small species of Pacific salmon, identifiable by the dark spots on their backs and their light pink flesh. Available on both sides of the Pacific, Coho usually spend three to five years in the ocean where they are known to have silver sides and dark blue backs. When mature and returning to spawn, they develop blushing red sides and a hooked nose called a kype.

Since the 1970s, Coho have become an extremely popular game fish. Bank fishermen love them as the salmon traverse many of the smaller coastal streams between Alaska and Monterey County, California, and they tend to spawn in shallows. The silver salmon is also popular in Japan and Russia and has been introduced to many landlocked reservoirs as well as the Great Lakes.

Coho are also known as blue jacks, hooknose and silvers.

First recorded use is in 1869 as cohose, though this spelling was later reinterpreted as a plural and the current spelling was adopted. Originally from the Halkomelem Stó:lō, an Upriver language from mainland southwest British Columbia within the Coast Salishan language family. The Stó:lō word from which coho is taken, k̓ʷə́xʷəθ, possibly means either “bent nose” or “silver salmon” — the information available is truly scarce. Though if the latter is true, that would mean that saying coho salmon is really saying silver salmon salmon.

The kisutch in the species’ binomial or Latin name entered the annals of science by way of the common Russian name for the fish, кижуч.

Currently, both coho and cohos are accepted as plural forms.

Often at Buoy 10 in August anglers catch and keep a chinook, then catch and release additional chinook trying to get a coho to complete their limit….

This fall is shaping up to be a big year for chinook and a poor one for coho, said Ron Roler, Columbia River policy coordinator for the Washington Department of Fish and Wildlife.

The early-returning (August-September) stock of Columbia River coho, important at Buoy 10, is forecast to number only 153,800.”

“The fishermen demand $150 for the run, and these prices for the respective classes of fish: Twenty cents for each king salmon weighing over 15 pounds; four cents for each red or coho.”