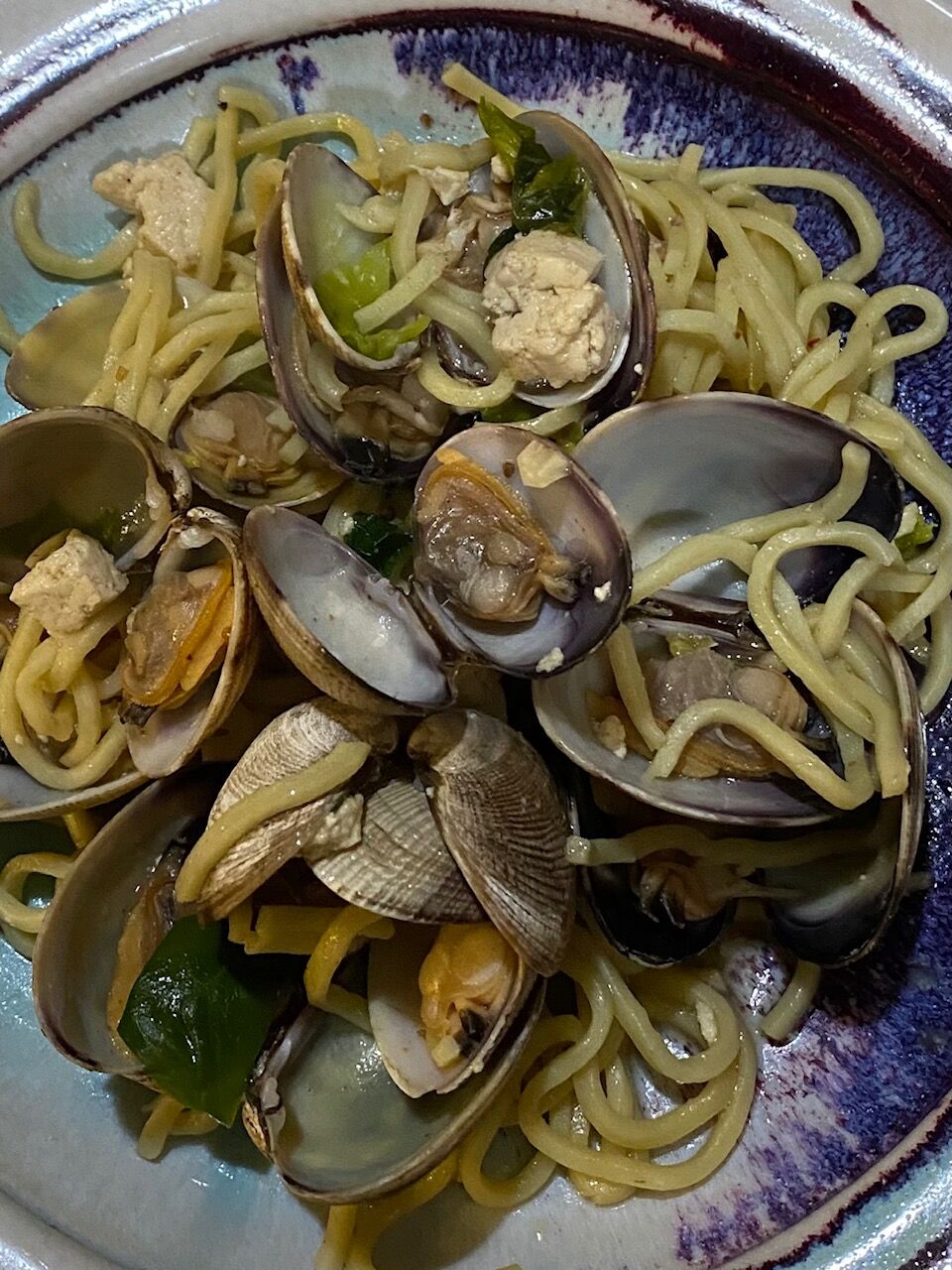 Little neck clams served on a bed of soba noodles. 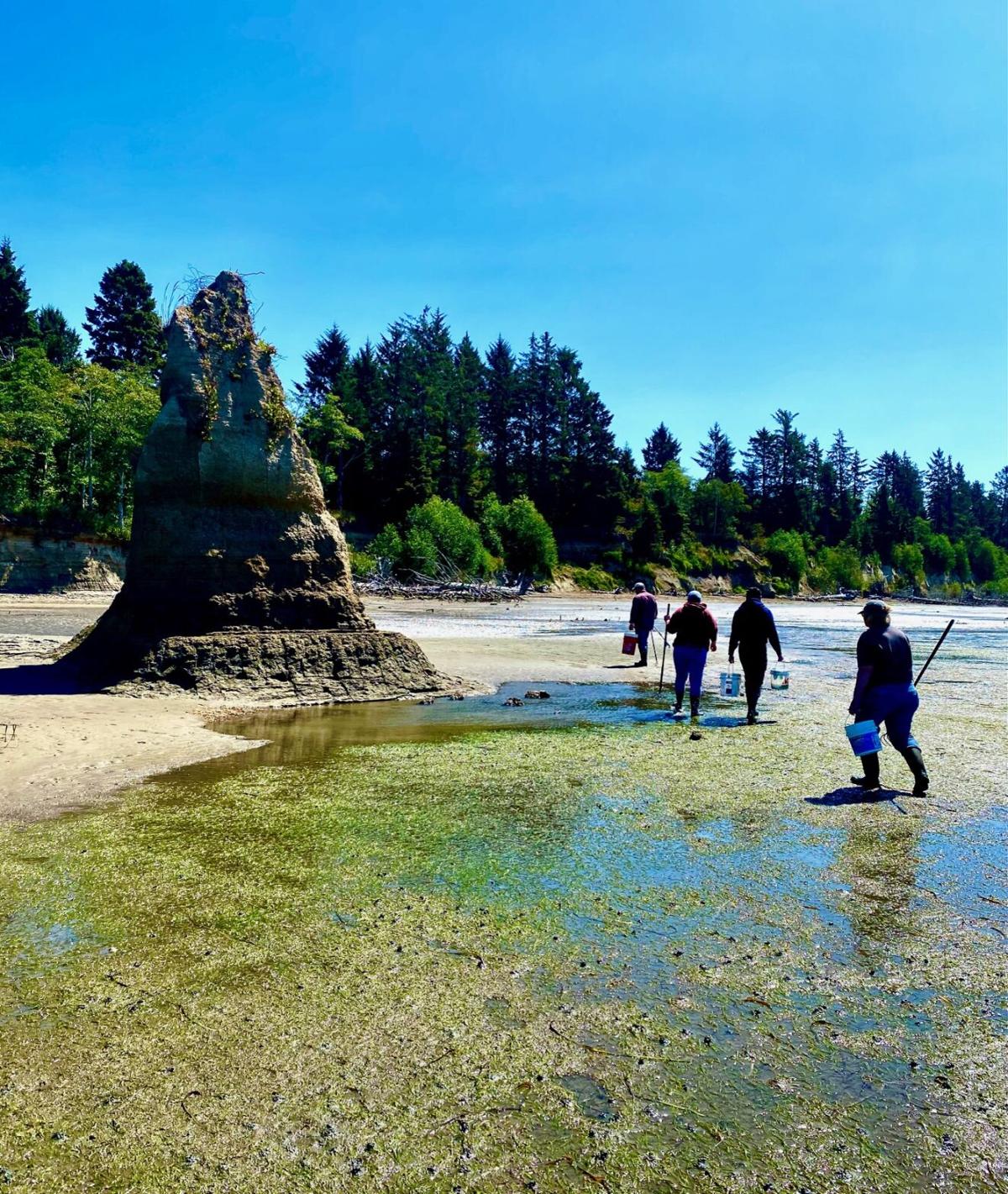 Erosion has reshaped the shoreline on the east side of Willapa Bay. 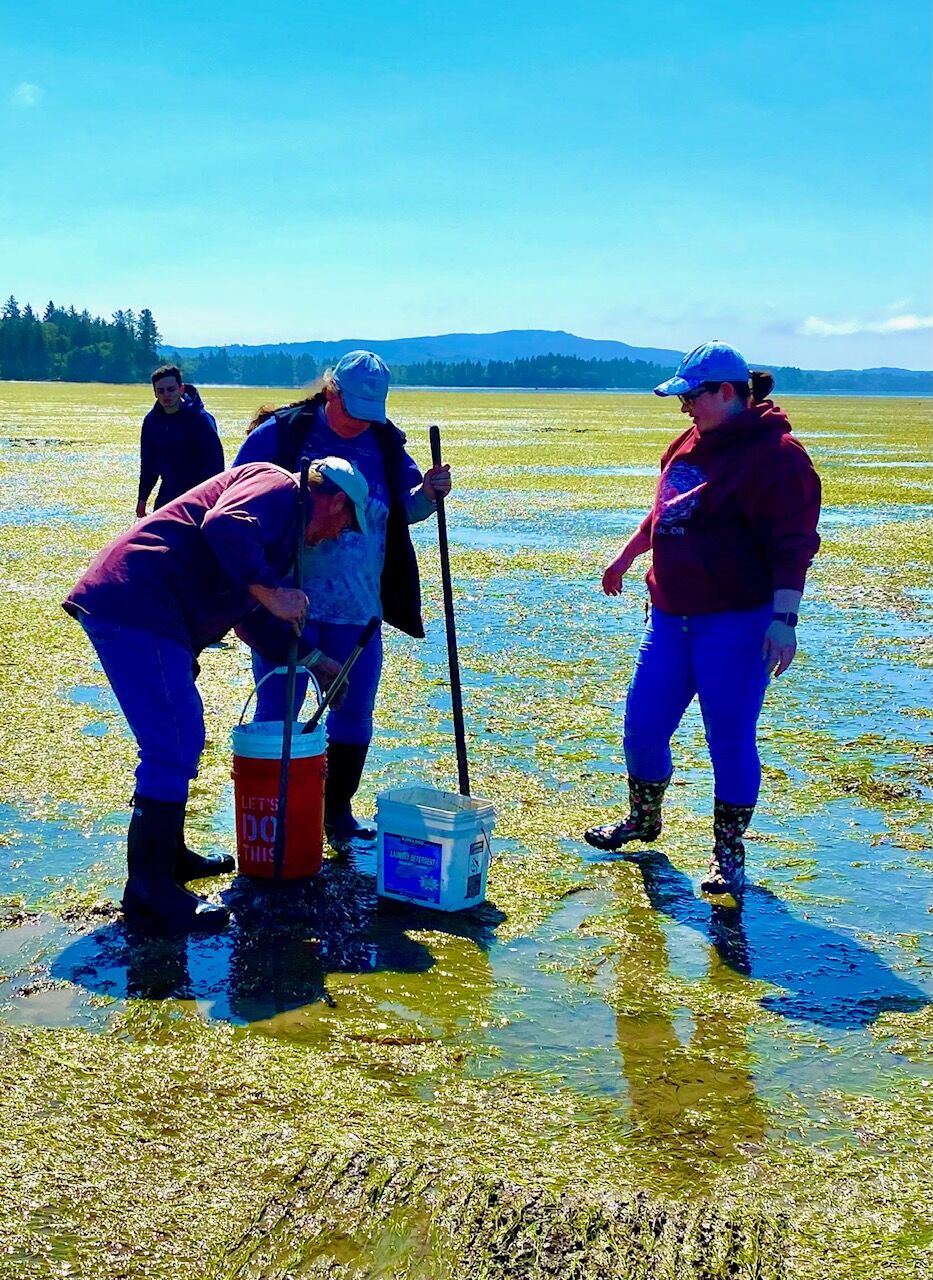 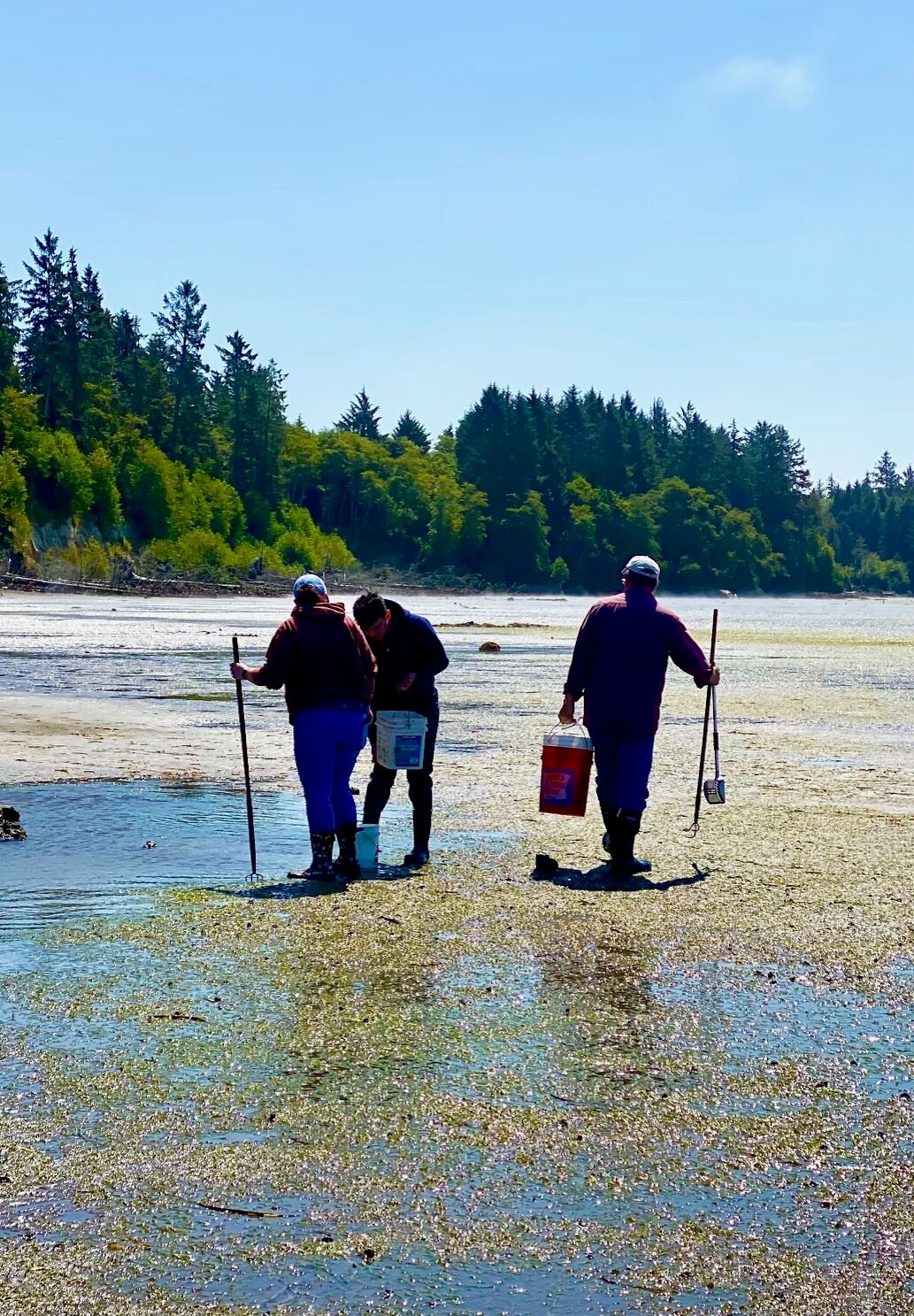 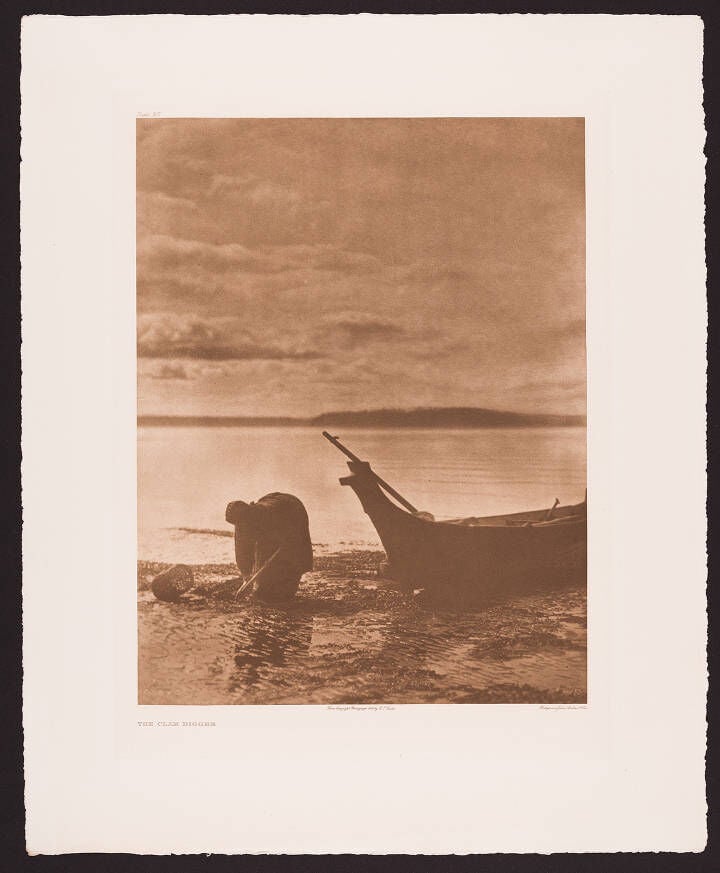 A Native American woman digs for clams in Willapa Bay in 1906.

Little neck clams served on a bed of soba noodles.

Erosion has reshaped the shoreline on the east side of Willapa Bay.

On a sunny bluebird day, on the east side of Willapa Bay, the outstretched hand of the salty murky water has retreated. We are left with miles of flats.

These tide flats are not nearly as muddy as their counterparts on the east side of the Long Beach Peninsula. Indeed, much of the landscape appears sandy, but often covered with green, lichen-like tendrils. They remind me of an edible Japanese seaweed, Wakami.

Our purpose is to dig littleneck clams, sometimes called the Manilla clam, a hard-shelled clam of about 1.5 to 2 inches. The delicate bivalve has remained a crowd pleaser from centuries before Old Man Espy and J.A. Clark settled their claim and Oysterville sprung into pioneer being.

The Chinook (Tsinuk) lived happily in these parts. Their winter camps and lodges spread the length of the peninsula, the Naselle River estuary and punctuated the western edge of Long Island. They were clam eaters. The clams were placed inside their elegant reed baskets, water-tight and embellished with lovely, imbricated designs.

Once filled with salt water and clams, red-hot stones were lowered into the baskets, and as the water rose to a boil, the clams opened their shells and the briny flesh was summarily stripped out, slip-sliding down the gullets of these Indigenous people.

Decades later, my mission is to gather a legal limit of 40 clams. My purpose, other than soaking in this stunning landscape, is to bring home and prepare one of the most coveted prizes of all seafoods.

There are infinite ways the small bivalves can be prepared. The simplest is one of the tastiest, at least in my humble opinion. I steam them open— all 40— in a bath of wine and herbs. The broth becomes a sweet nectar. The clams can be eaten directly from their shells, or saved for clam pasta, chowders or baked raw in a Spanish-style paella.

Add the washed and scrubbed clams to a deep pot or a steam kettle. Pour in 2 cups of white wine. Add a half-stick of melted butter, chopped garlic, cilantro, parsley and a few shakes of hot sauce (optional) with a squeeze of lemon and then steam away. When the shells open you are finished. Keep them tender by not overboiling. They can be eaten in their own broth or drained — saving the nectar — and eaten with passion and fury. Clams can be opened on a barbecue, like oysters. The Japanese open the shells with a clam knife and eat them raw. You may choose a French sauce mignonette, the perfect accompaniment.

I think one of the best chowders is prepared with these tasty morsels substituting for the razor clam. But to each, his own. The point is to enjoy. I also like to steam the clams open with a fresh pesto base and champagne. Often, I toss the bivalves with Soba noodles, add steamed bok choy and ladle in a scoop of the delectable nectar.